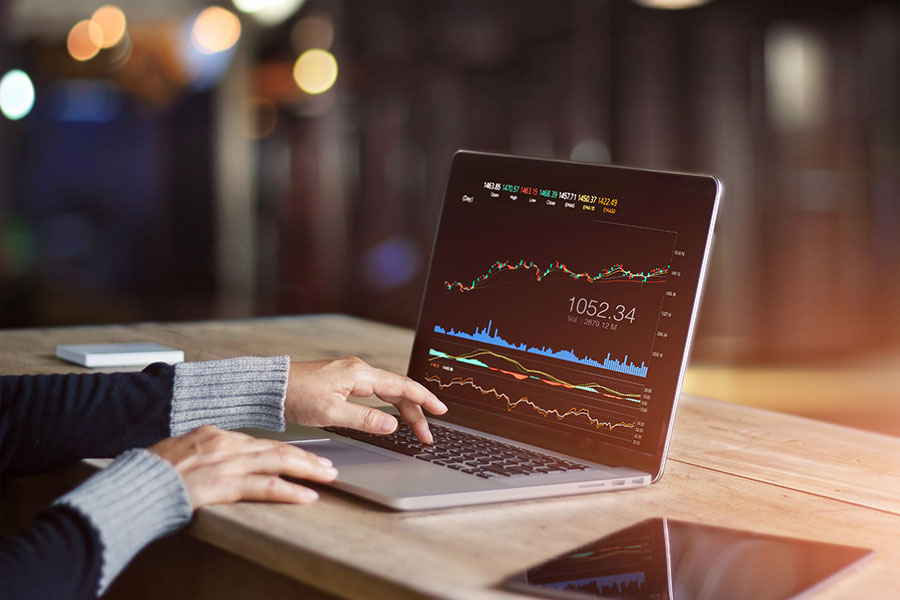 The COVID-19 pandemic has combined with advances in financial technology to change the way Canadians spend, save and invest.

With the economy on hiatus for the spring and early summer, many of us — including those older ones who are leery about using new technology — have been suddenly thrust into the world of e-commerce.

Whereas once we used to go out to the office to work, buy our goods at malls and grocery stores, dine out at restaurants and conduct business banks, thanks to physical distancing measures and dire warnings to avoid public spaces, we’ve suddenly become experts at carrying out these activities online.

While this sink-or-swim digital shift might seem a bit overwhelming, it does have its benefits. This crash course in digital tech has taught us how to navigate this new world. And we can continue to use this knowledge and experience to ensure that we don’t end up on the wrong side of the digital divide.

And because the world of financial technology is constantly changing, here are some trends that are worth watching out for.

Cash is No Longer King

A whopping 57 per cent of Canadians over 55 recently told an Angus Reid survey that they “hardly ever carry cash.” Instead, we’re purchasing goods and services with a credit or debit card.

This move toward a cashless society was already gaining steam but in the pandemic era, it will accelerate as fewer vendors want to even touch cash or coins, which are viewed as potential virus carriers. A Payments Canada study shows that the use of card or mobile tap payments increased by 53 per cent after COVID-19 hit.

And it’s not just the tech-savvy millennials who are eschewing paper money: Moneris, a tech company that specializes in payment processing, found that close to half of Canadians over 65 are comfortable using new payment technologies. While that adoption rate may seem high, we lag behind countries like China, South Korea, Norway, Denmark and Sweden, all of which are on pace to phase out the use of cash within the next decade.

Though a cashless society seems inevitable and has its advantages (who wants to carry wads of paper or piles of coins?), there are drawbacks. Many Canadians either steadfastly refuse to trust the safety of this tech or can’t access it because they live in areas with poor internet connections. And as it becomes easier to pay for things, will we sink into debt making more spontaneous (and often unnecessary) purchases? A Financial Times report cites “a worrying correlation” between countries with high rates of electronic payments and those with elevated levels of personal debt.

As money increasingly becomes digital, wallets will go the way of typewriters, landlines and address books. Instead of carrying cash, cheques and loyalty cards, increasingly we’re putting them in our e-wallets.

These digital apps hold our banking and credit card information and store our rewards points, boarding passes and transit cards. We simply choose the method of payment on our phone and then tap it on the in-store terminal.

This technology will soon revolutionize our entire shopping experience. In the not-so-distant future, we’ll simply walk into a grocery store, choose the items and walk out. The objects we place in our bags will be photographed by in-store cameras, identified and totalled. You’ll pay through the store’s app, which will then send a receipt – no checkout required. Amazon Go recently opened its first cashier-less grocery store in Seattle.

As our reliance on paper bills and coins wanes (the venerable penny was removed from circulation in 2013), central banks, which mint and control the value of a country’s legal tender — so-called “fiat” currency — face an existential crisis.

With the rise of alternative currencies, they no longer have a monopoly on money. Fiat money is already being challenged by the likes of Bitcoin, Ethereum and Litecoin — independent cryptocurrencies that are not backed or controlled by governments but by the users and the blockchain technology that powers them.

In its Imagine 2030 report, Deutsche Bank forecasts that as governments struggle with massive debt loads, central banks “could unravel in the 2020s,” causing the demand for alternative currencies to “be significantly higher by the time 2030 rolls around.”

Meanwhile, some central banks (including Canada’s) are discussing ways to fend off these upstarts by issuing digital versions of their currencies. Sweden’s Riksbank is considering offering digitized e-krona, while removing the equivalent in paper bills from circulation. Many Swedes, though, say they plan to keep a stash of old-fashioned krona on hand, just in case the electronic payment system ever crashes.

We’ve already seen alternative currencies make an impact in poor countries where an inept or corrupt government controls the value of its money to suit its needs. In Venezuela, for example, where inflation has rendered the bolivar worthless, some locals are buying goods with cryptocurrencies, which retain their value by operating independently of a government’s monetary policy.

Yet, the adoption of one or all of these digitally based alternative currencies is no slam dunk simply because of their inherent — and alarming — flaws:

Out of this murky crypto-world comes Facebook, which is quietly working on a project it calls Libra, a digital coin backed by actual assets. If Facebook or one of the leading tech companies manages to create a stable and standardized digital currency, it could prove to be a watershed moment in our acceptance of alternative currency.

Traditional financial planners and brokers are already losing clients to robo-advisers, digital apps that provide advice while offering very low fees. (Robo-adviser fees begin at 0.5 per cent of your portfolio, compared to the one to 2.5 per cent usually charged by traditional money managers.)

Using one of the many offered in Canada — Wealthsimple, Nest Wealth, BMO SmartFolio — you set up an account, enter your age, yearly income, risk-tolerance level and future goals, and the platform uses a combination of AI and algorithms to create an investing plan that matches your profile. While it’s often seen as a youth-oriented technology, the average age of Canadian robo-adviser users is 44, suggesting that older investors are just as sick of high management fees as the young.

In Canada, robo-advisers currently manage $10.4 billion in assets, a number that is expected to nearly double in the next few years. And we’ll see more platforms geared toward specific demographics like Smart Money for Her, which offers advice tailored exclusively for women. The main criticisms of all robo-platforms are that they offer only anodyne advice, so they aren’t much help during sudden stock-market swings. And you’ll still need the human touch if you want to execute complicated investment strategies.

In the future, as the robo-adviser field gets more competitive, look for companies to begin offering users expanded services, such as speaking to a financial planner.

A version of this article appeared in the March/April 2020 issue with the headline, “New Money,” p. 34.

Why Your Age Affects Your Attitude Toward Money

Could you go cashless?