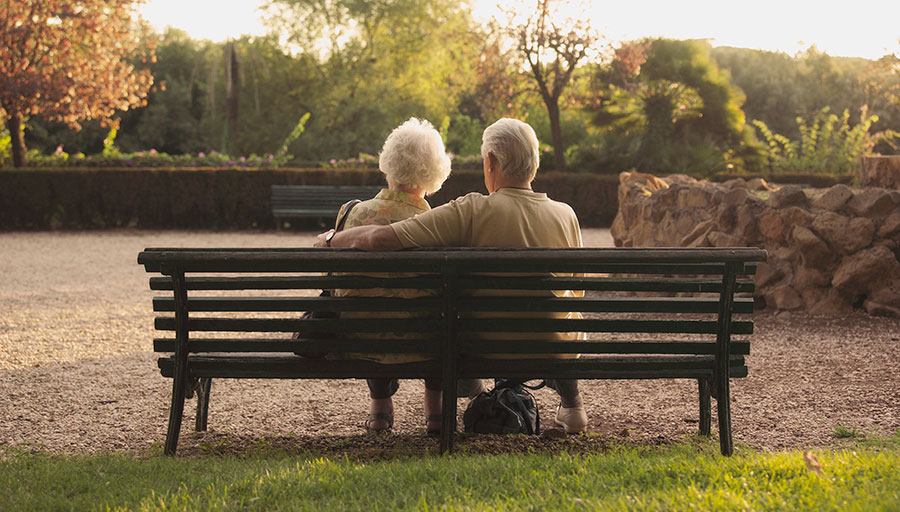 The World Bank predicts the pandemic could plunge us into a terrible recession, but a Newfoundland couple in their 90s has advice for weathering the storm. Photo: John Slater/Getty Images

A global crisis. A punishing recession. Been there, done that.

At least, that’s the case for a Newfoundland couple in their 90s who are offering sage advice for weathering the ongoing pandemic and its economic fallout.

By May of this year, Canada had marked a record high job loss, and more than two million people were out of work as a result of the COVID-19 lockdown. And as forecasters at the World Bank put it earlier this summer, the pandemic is expected to plunge the world’s economy into the worst recession we’ve seen since the Second World War.

Grim, yes. But, as with most things, perspective is key.

“I don’t think we missed [meat],” Frances Deon, 91, recently told the CBC about living through the Second World War. “We were okay. I never remember feeling hungry.”

In the 1940s, rationing measures meant meat was prioritized for those serving in the war, like Frances’s husband, Roderick, 99, who was in the navy. But living in Newfoundland also meant that fish was plentiful, and Francis developed a preference for seafood over meat that endures to this day.

Of course, meat wasn’t the only provision being allotted — but you know what they say about necessity.

“During the war, sugar was [also] rationed, but sometimes folks in the community wouldn’t use their sugar rations and would give them away instead,” she recalled. “Besides that, we learned to make perfectly good cakes without much sugar or butter.”

Again, going without led to a preference. With sugar in short supply, Frances learned to enjoy her tea black — and never went back.

Roderick Deon, meanwhile, cast his eye back to the pre-war years to his experience growing up during the Great Depression.

As he told the CBC, paying jobs were scarce in the ’30s, so his father would exchange carpentry work for store credit. Roderick says everyone put to use whatever skills they had and traded for what they needed.

The family also grew their own potatoes, turnips, carrots and cabbages. They raised a pig each year for butchering in the fall. And again, they took advantage of what was plentiful — wild blueberries. What they picked but didn’t eat themselves, they sold.

And what about libation?

“We would go to the fields and pick wild sarsaparilla with my father. He used to make wine with it,” Roderick said.

Who couldn’t use a little tipple to help take our mind off things — particularly that financial forecast.

Frances recollected fondly that Roderick’s father would say, “Put your vacuum cleaner down and have a drink of brandy.” She would laugh at his appeal but concedes, “It was good advice.”

Waste Not, Want Not

Practising the three Rs wasn’t about being socially conscious in those days — it was essential.

“Everything was homemade. You took care of what you did have. We repaired things and reused them. You couldn’t just go to a store,” Roderick explained.

While his father took on many repair jobs, his mother recycled or, rather, upcycled fabric scraps to make hats for local women. Little went to waste.

It Takes a Village

Frances also noted that tough times brought people together — and she hopes it will again.

“The farmers in our town would pop in for a visit and ask, ‘Do you need anything?’ The hard times didn’t stop anyone from looking out for each other,” she said.

“I hope people remember to be kind now.”