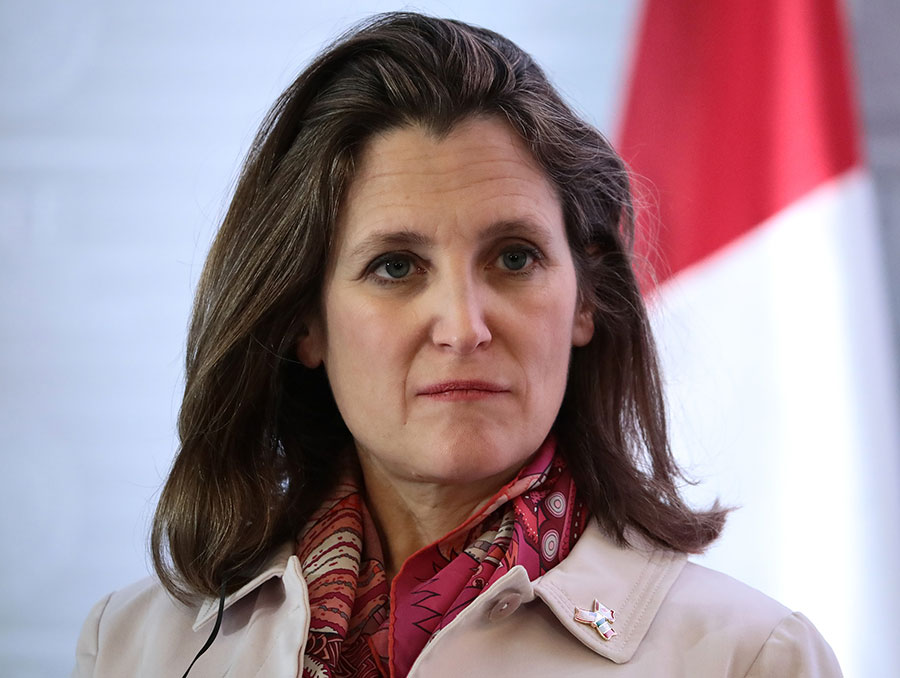 “Because of the COVID-19 pandemic, many workers have lost their jobs or worked greatly reduced hours, which might make them ineligible for EI,” said Chrystia Freeland, deputy prime minister and new minister of finance, announcing a $37 billion new package that will see the CERB benefit eventually replaced by a series of new programs. “We recognize that, so we’re going to make it easier for Canadians to get EI support.”

The CERB program was launched in March to provide emergency relief to workers who had lost their jobs due to the economic effects of COVID-19. Providing recipients with $2,000 a month, it helped provide financial support to more than eight million Canadians to help them make it through the darkest days of the shutdown.

However, because of the huge number of recipients, it became a very expensive program to administer, costing the government more than $70 billion over the last six months. And because CERB had few restrictions on who could apply, and there was little or no machinery in place to scrutinize whether recipients were telling the truth, fraudulent claims were rife.

“We believe that the CERB has served its purpose, and the reason it was created is no longer the main focus of our efforts as a government,” said Employment Minister Carla Qualtrough, explaining the reason behind the changes. She added that by the end of September, the government hopes to move “as many Canadians as possible from the CERB onto Employment Insurance. Our EI system is ready, and there will be no disruption of benefits.”

The move was also prompted by promising unemployment figures, which have provided hope that the economic recovery is underway.

Latest Statistics Canada figures show that in July, 2.2 million people were still out of work, or nearly 11 per cent of the labour force. The good news is that this figure was trending downward, dropping by 1.4 per cent for the second consecutive month. The economy was boosted by the addition of more than 400,000 new jobs in July.

While this marks a significant improvement from the record high unemployment rate of 13.7 per cent in May, it’s still far above the pre-pandemic rate of 5.6 per cent, which was recorded in February before the economic lockdown measures were put in place. All told, there are a million more Canadians out of work than before the pandemic struck.

For older workers, the labour picture is also improving, albeit at a slower rate than other age groups. In July, the unemployment rate for workers over 55 fell from 9.8 per cent to 8.8 per cent.

Last week, the government announced a series of new programs that will alter how Canadians who have lost their jobs will receive benefits.

These changes will see the CERB program  extended another month (until Sept. 27) before it transitions into the much more tightly monitored EI program. On that date, Canadians who are already receiving CERB will automatically transition to the EI program.

In order to provide support to as many Canadians affected by the crisis as possible, the government has loosened the normal EI rules to ensure more workers receive this vital financial support.

To qualify for EI under the new rules, applicants must show the government they have worked at least 120 hours in the past year. Those who are accepted will receive $400 a week for up to 26 weeks. However, they are required to apply after every two-week period. Another new wrinkle is that recipients are allowed to work while receiving EI. Note that there will be a clawback of $0.50 on every dollar you earn over $38,000.

If you can’t meet the required hours of eligible employment, you can take advantage of a one-time credit of 300 hours in order to fully qualify for benefits.

For those who are in need of income support but don’t qualify for regular EI benefits (self-employed, gig economy workers), they can apply for the new CRB parallel benefit. This will provide up to $400 a week for 26 weeks.

For those who workers who cannot work because they have contracted COVID-19 or for those who must leave work to self-isolate, the CRSB will pay $500 a week for two weeks of your recovery period.

Those who are unable to work because they are caring for a child under 12 whose day care or school is shut down due to COVID-19 will receive a benefit of $500 a week for 26 weeks.

It should be noted that the changes to the EI program announced by Freeland must first be passed by Parliament before they go into effect. However, as Prime Minister Justin Trudeau has prorogued Parliament until Sept. 23, they cannot be adopted until then.