Stock Market: ETFs That Are Prospering During the Pandemic 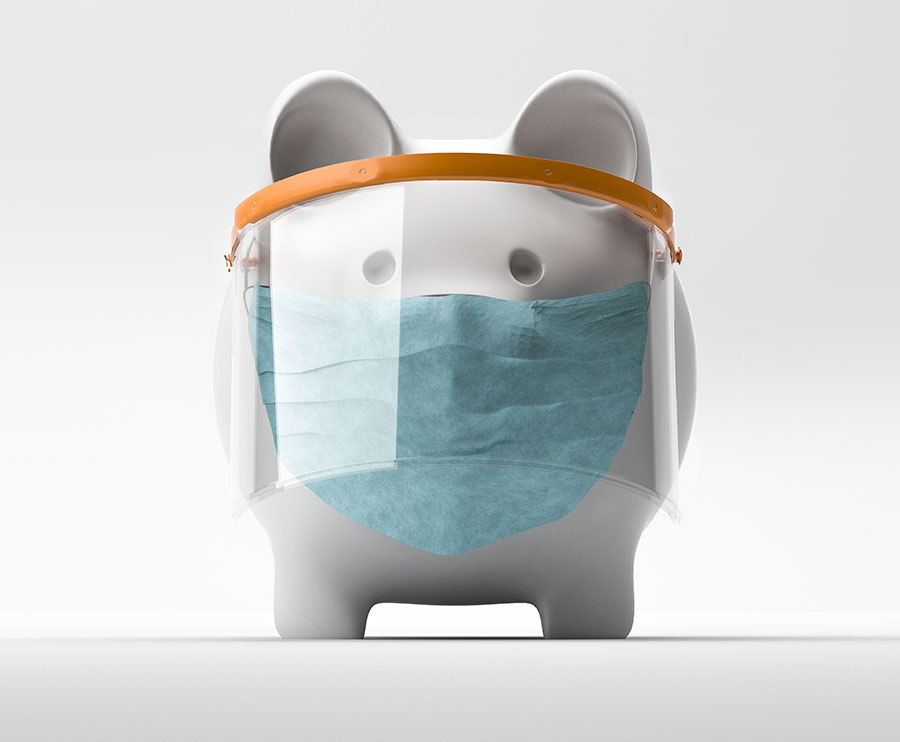 Gordon Pape recommends some winning ETFs that have prospered during the pandemic. Photo: Bob Bosewell

In challenging times, here are some speciality ETFs that are doing well.

ETFs have been a mixed bag so far this year. Broadly-based funds are modestly down, reflecting the year-to-date results of the indexes they are tracking. Nasdaq-based ETFs are the sole exception.

Specialized ETFs are a mixed bag. Some have been hit hard, especially those that focus on financial stocks and REITs. But others are prospering during the pandemic. Here are some of the winners, from the recommended lists of my newsletters. Prices are as of July 24.

Consumer Staples Select Sector SPDR ETF (NYSE: XLP). This ETF invests in the shares of companies that are involved in the development, production, and sales of basic consumer products, of the type found in every household. They include food, pharmaceuticals, beverages, personal hygiene products, and more. The portfolio consists of 34 large-cap stocks, with the heaviest weightings in Procter & Gamble, PepsiCo, Walmart, and Coca-Cola.

The fund was first recommended in August of 2011 at US$29.55. It has moved higher in fits and starts since then. The market plunge in March pulled the share price back to US$47.66 but it has rebounded strongly and was trading at US$62.13 at the time of writing for a gain of 110 per cent over the original recommended price.

Going forward, the prospects for most of the companies in this ETF are favourable and the risk is on the low side, given the defensive nature of the holdings.

Wedbush ETFMG Video Gaming Tech ETF (NDQ: GAMR). This ETF invests in a portfolio of 68 stocks that are related to the video gaming industry. About 32 per cent of the portfolio is in U.S. stocks, with the balance in international companies.

We recommended this ETF in November of 2017, when it was trading at US$46.93. It didn’t show much upward movement and fell as low as US$35.50 in March. But since then it has been on fire as the pandemic left many people with a lot of time on their hands. Video games are the perfect answer for some. The units are up 34 per cent year to date and look poised to move higher.

Global X Lithium and Battery Technology ETF (NYSE: LIT). This ETF invests in the full lithium cycle, from mining and refining the metal, through battery production. We recommended this basket of stocks in August 2016. These are companies that are positioned to benefit from the long-term growth of electric cars and battery use in general. The ETF was trading at US$24.56 at that time.

This fund has gone through a lot of ups and downs over the years and you could have purchased units for as low as US$17.83 in March. Since then, it has more than doubled in value. That’s due in large part to the recent spike in Tesla shares, which make up almost 7 per cent of the portfolio. I wouldn’t bet on the Tesla price surge continuing, but conversion to electric vehicles offers significant upside potential for this ETF.

Harvest Portfolios Blockchain Technology Fund (TSX: HBLK). Harvest Portfolio Group launched Canada’s first Blockchain ETF in February 2018. Blockchain technology was originally associated with cryptocurrencies but investors now realize it has much broader applications for banks, credit card companies, and other sectors. The portfolio has 22 stocks. Most names will be unfamiliar to investors.

We recommended the fund at $5.85 in January 2019. It dipped to a low of $4.62 in March but has almost doubled in value since. It’s up almost 45 per cent since the original recommendation. Blockchain is still in its infancy so there is more upside potential here. However, risk is on the high side.

First Trust Dow Jones Internet Index Fund (NYSE: FDN). With technology stocks driving the market, you’d expect an internet fund to be doing well, and this one doesn’t disappoint. For a stock to be eligible for inclusion, it must generate at least 50 per cent of its revenue from the Internet, have a market cap of at least US$100 million, and generate adequate volume to pass liquidity tests.

The fund was launched in June 2006 at an initial price of US$20. It has proven to be very popular with investors, with assets under management of more than US$9.8 billion. It has been a very strong performer with an average annual compound rate of return of 14.5 per cent since inception. Distributions are made semi-annually but they are miniscule. The expense ratio is 0.52 per cent.

The units are up 27 per cent so far this year, and the outlook is for continued growth in this sector.

We recommended this one in October 2013 when it was trading at US$52.55. It’s now trading at US$105.10, close to its all-time high and has doubled since the original recommendation. The outlook for this sector is very positive right now so we should expect the uptrend to continue.

iShares S&P/TSX Global Gold Index ETF (TSX: XGD). This ETF tracks the performance of the index of the same name, less expenses. It invests in mining and royalty stocks, rather than bullion itself. Holdings include some of the world’s top gold producers/streamers including Newmont, Barrick, Franco-Nevada, Wheaten Precious Metals, and Agnico Eagle. There are 42 stocks in the portfolio.

The fund is up 48 per cent year-to-date from $16.29 at the end of 2019. The five-year average annual rate of return to June 30 was 18.4 per cent but, interestingly, the ten-year average is negative. That shows how volatile the price of gold and mining stocks has been.

Right now, gold is in an uptrend that is likely to continue as central banks print money at rates we haven’t seen in many years in an attempt to resuscitate the economy.

iShares Core Canadian Universe Bond Index ETF (TSX: XBB). It would be remiss not to mention bond ETFs, which have performed much better this year than anyone expected. That’s due, of course, to the sharp drop in interest rates triggered by the pandemic.

This fund is a proxy for the entire Canadian bond sector, government and corporate. So far this year it has posted a capital gain of 6.6 per cent and paid out $0.432 in distributions, for a total return of almost 8 per cent. I don’t expect returns anything like that in the second half of the year as interest rates don’t have any more room to drop – unless we move into negative territory. But bond ETFs remain a good portfolio stabilizer.