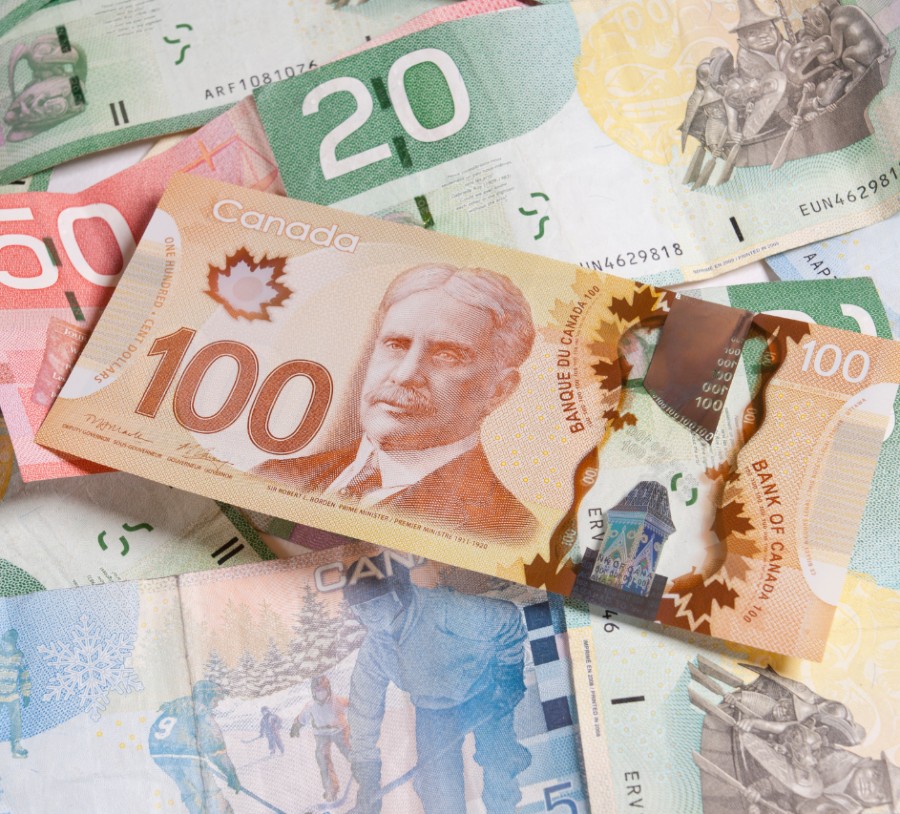 With the economy in recession, we take a look at predictions from key economic players as well as their ideas for a post-pandemic comeback. Photo: Josh Laverty/Getty Images

It took less than half a year but the COVID-19 pandemic has radically altered almost everything we thought we knew about the economy. Government debt has ballooned, job losses have been catastrophic, once solid industries are failing and the outlook for recovery is unclear. Is there any way to make sense of this sudden and altogether bewildering transformation? Let’s hear from the influential players on how we got into this mess and, more importantly, how we’re going to get out of it.

“The most expensive four hours in Canadian parliamentary history”

That’s what some observers, including political scientist Christian Leuprecht, are calling the 240 minutes of time that the Liberal government allotted to debate and pass the COVID-19 emergency spending measures. Amounting to $150 billion, making them the largest public spending measures undertaken since the Second World War, Prime Minister Justin Trudeau’s Liberal government deemed the Emergency Response Benefit (CERB) and Emergency Wage Subsidy (CEWS) programs – among others – necessary to help Canadians and businesses survive the economic impact of the pandemic shutdown. While few argue against the necessity of these measures, many take issue with the manner in which the Liberals railroaded them through Parliament – with “minimal scrutiny or debate,” according to Leuprecht.

Others had more colourful descriptions of the unchecked manner this government has of writing big cheques: “It’s raining money from Trudeau like Post Malone at a nightclub” is how Michael Cooper, CEO of the giant real estate company Dream, summed up the pandemic spending frenzy. Trudeau defended his actions by using the phrase “These are unprecedented times” an unprecedented number of times. But that doesn’t explain why countries with similar parliamentary structures like Australia, New Zealand and the U.K. continued to meet regularly throughout the crisis. Or why the prime minister chose to conduct government business through his daily media briefings. Or why he steadfastly refused to table a traditional budget, instead offering a fiscal “snapshot,” a brief and alarming glimpse of the $340 billion deficit that the feds have amassed in the battle against COVID-19.

While Trudeau’s soaring popularity numbers suggest his moves are resonating with the public, his political stonewalling, along with the ethical questions about his involvement in the WE Charity scandal, has aroused exasperation from the opposition parties, particularly Bloc Québécois leader Yves-François Blanchet who likened the Liberal leader’s pandemic ruling style to “something between a majority government and the rule of a king.” When this crisis ends, we’ll not only have to recover from a prodigious fiscal deficit but a democratic deficit as well.

“I want to say – loud and clear – the best memorial we can build to those who have lost their lives in the pandemic is to build a world that is greener, smarter and fairer” —Kristalina Georgieva, managing director, International Monetary Fund

As the pandemic wore on, federal and provincial governments began shifting their focus from day-to-day crisis management to planning what the economy would look like after the world returned to some semblance of normalcy. The post-pandemic economic reboot – or the “Great Reset” – has presented politicians and economists around the world with a once-in-a-lifetime opportunity to completely overhaul the economy in order to make it fairer and greener. An influential player in determining how the Great Reset might evolve will no doubt be the Task Force for a Resilient Recovery, which describes itself as an “independent and diverse group of Canadian finance, policy and sustainability leaders determined to make sure Canada seizes this opportunity.”

In May, the Task Force began evaluating submissions from groups on how they think the Great Reset should unfold. A perusal of the submissions reveals that most are calling on all levels of government to provide green stimulus for mega projects such as building a clean power grid, subsidies for electric car buyers, retrofitting homes and buildings to reduce carbon emissions and major investments in clean tech. It doesn’t appear the beleaguered oil and gas sector, which is beset by falling prices and shrinking demand, will play a big role in the new economy. Despite the fact that it accounts for 10 per cent of Canada’s GDP, the fossil fuel energy sector received little direct bailout money from a federal government that has no representation in the western oil-producing provinces.

Will any of these big green ideas gain traction with the federal government, the source from which most of the stimulus dollars will flow? It certainly doesn’t hurt that Gerald Butts, Trudeau’s former – but still influential – rainmaker (who loyally fell on his sword during the SNC-Lavalin scandal) has quietly resurfaced as a member of the Task Force’s advisory group.

End of an Oracle?

“It turned out I was wrong” —Warren Buffett

It’s commendable when an investing guru as influential as Buffet admits he’s wrong. It’s also a little bit scary when someone who’s always been right concedes he screwed up. “The world has changed for airlines, and I wish them well,” the Oracle of Omaha, who turned 90 this year, said in a recent letter to Berkshire Hathaway investors, explaining his decision to sell the holding company’s remaining stakes in American Airlines, Delta Airlines, Southwest Airlines and United Airlines. In doing so, Buffet acknowledged that he underestimated the blow the airline industry received from the COVID-19 travel restrictions and wasn’t confident they were capable of bouncing back. Buffet’s public mea culpa has prompted some to suggest that the man who has been picking winners consistently with such unerring accuracy since the 1950s (with his 96-year-old business partner Charlie Munger riding shotgun for much of that time) may finally be over the hill.

Loudmouth sports-blogger-turned-day trader David Portnoy claims that because Buffett’s famed holding company Berkshire Hathaway – which owns part of Coca-Cola, General Motors, Procter & Gamble, UPS, Apple and Amazon – lost $50 billion in the first quarter of this year, the Oracle is “old and washed-up” and has “lost his fastball.” U.S. President Donald Trump joined the chorus of doubters, mocking Buffet on Twitter for making a “mistake.”

Buffet, however, isn’t ready to call it quits, despite these ageist criticisms. Signalling he’s still very much a player, in early July he made a $4 billion bet on natural gas by purchasing Dominion Energy. And he remains confident that the ever-resilient U.S. economy will rebound from the paralyzing effects of COVID-19: “The American miracle, the American magic has always prevailed and it will do so again,” he prognosticates, holding fast to a strategy that has made him one of the richest men in the world.

“Office-centricity is over” — Tweet from Shopify, Canada’s largest
e-commerce business

While we don’t know how the economy will take shape or what long-term effect it will have on the stock markets, we do know that for many workers, life will never be the same. As the spring economic lockdown closed businesses and caused massive layoffs, almost 40 per cent of Canadian workers abandoned their workplaces and set up shop at home. Forward-thinking digital companies like Shopify seized on this trend early, saying that from this point forward most of its employees will “permanently work remotely.” While corporate bean counters are no doubt rubbing their hands while envisioning saving millions in rent and associated costs by no longer having to maintain an expensive building for its employees, this trend is already causing heavy collateral damage to thousands of small businesses. Small independently owned businesses – coffee shops, restaurants, bars, gyms, etc. – are in big trouble. These shops, half of which are run by men and women between the ages of 50 to 64, largely owe their existence to servicing the crowd of commuters that pour into urban centres across Canada every day. But because of the shutdown, and now physical distancing measures, that flood has been reduced to a trickle and these owners are facing prolonged periods of decreased sales.

Little wonder that American Express found in its recent Small Business Recovery Research survey that 49 per cent of independent businesses in Canada are “deeply concerned about the future” and that 53 per cent are “nervous about making it through 2021.” Before the pandemic, small business accounted for close to 70 per cent of Canada’s private workforce – 8.3 million workers – adding up to as much as 40 per cent of our GDP.

“We cannot expect a full economic recovery without a small business rebound,” says Dawn Desjardins, vice-president and deputy chief economist at RBC. “Our main street businesses will need a lot more support, both from government and from consumers, before the crisis is behind them,” echoes Dan Kelly, president of the Canadian Federation of Independent Business. If this essential sector is to survive, governments will have to extend and expand rent relief and credit programs. And those workers stuck at home can help save their community businesses and kick-start their recovery process by joining the growing movement to shop locally.

The Forecast Is … Uhhh … Cloudy

Buffet is not the only one whose crystal ball is somewhat fogged up these days. Ask any politician, economist, bank president, investing guru, financial adviser, broker or self-made millionaire to make an accurate prediction on where the stock market is going and what the economic recovery will look like and they’ll all be equally flummoxed. COVID-19 has upended many of our closely held assumptions on the metrics that influence stock values.

Respected market analysts, like Shepherdson, are basically saying: “Who the heck really knows?” How else can one explain that in the midst of the pandemic, when the lockdown was inflicting its most punishing economic pain, the stock market recovered most of its pre-pandemic losses? There are just too many variables. Will there be a second wave? How bad will it be? Will voluntary social distancing change our spending habits? Will companies rehire the workers they laid off? Will the IMF’s prediction that Canada’s GDP – not to mention that of the U.S., our largest trading partner – will suffer ten-point declines or will our economy come “roaring back” as Finance Minister Bill Morneau often suggests? Investors abhor any kind of economic uncertainty and the confusion wrought by the pandemic has rendered the forecasting business an even dodgier guessing game than it was before. The best we can do is look toward companies that provide essential services – groceries, tech companies that foster working at home, online commerce, delivery services – and hope that their upward trajectory continues.

A big game changer, of course, will be the eventual discovery of a vaccine, that will drive a stake into the heart of this monster. But until one is proven affective and made available to all parts of the world, predicting the markets is essentially like flying a plane blind. Perhaps the wisest course of action for investors might be to throw out everything they thought they knew about the stock market and adopt a similar starting point that made Socrates the
wisest man of his day. “I know that I know nothing,” said the Greek philosopher. That’s not only sound advice in these unpredictable times but would also make a great title for a post-pandemic financial self-help book.

A version of this article appeared in the Sept/October issue with the headline, “Six Months That Changed Everything,” p. 30.