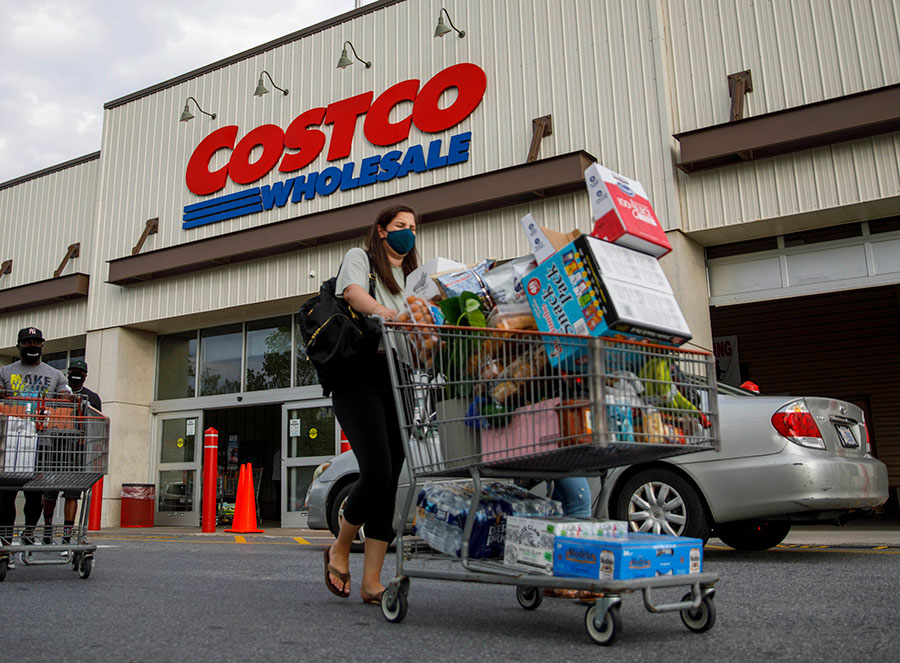 The pandemic has changed the face of retailing, perhaps forever. Many small businesses have gone under. Walk down any shopping street and count the number of “for lease” signs in vacant store windows. It’s disheartening.

It’s not just the mom and pop shops that are throwing in the towel. Major clothing stores are closing down. Reitmans it is shuttering its Thyme Maternity and Addition Elle outlets. In the U.S., the list of clothing retailers that have filed for bankruptcy includes Stein Mart, Payless, Brooks Brothers, Lord & Taylor, and J. Crew.

Traditional department stores were already in trouble before the pandemic hit. Now they are rapidly heading down the dinosaur trail. J.C. Penny and Neiman Marcus are the latest casualties.

Who’s left? The big-box retailers, that’s who. Their low prices and upgraded on-line order systems are the right combination for the COVID era. While almost everyone else is suffering, they’re racking up impressive sales and profits.

Walmart is the world’s largest bricks and mortar retailer with 11,500 stores in 27 countries, plus a rapidly expanding e-commerce operation. It employs some 2.2 million people worldwide and had revenue in the latest fiscal year of $524 billion.

For a clear indication of how our shopping patterns have changed, look at Walmart’s second-quarter results. On-line sales were up 97 per cent year-over-year, showing the value of the millions of dollars the company has spent in upgrading its e-commerce platform and delivery systems.

Total revenue was up 5.6 per cent from the same period last year to US$137.7 billion, so the impact e-commerce made is obvious. The company reported adjusted operating income of US$6.6 billion (US$1.56 per share). Free cash flow was US$15.4 billion, up 9.1 per cent from a year ago.

The company pays a quarterly dividend of US$0.54 a share (US$2.16 a share) to yield 1.5 per cent at the current price. Share buybacks have been suspended for now, with none reported in the second quarter.

Incremental costs related to COVID-19 have totalled US$1.5 billion to date but the big increase in on-line sales has more than offset that. I don’t expect e-commerce to continue to grow at the same rate, but the company should continue to do well as the pandemic rages on.

Walmart shares are up by about 17 per cent so far this year, as of the time of writing.

Target is a Minneapolis-based operator of big box stores, with 1,868 outlets in all 50 states and the District of Columbia. The company opened its first store in 1962 and now employs 350,000 people.

Target has recovered well from its disastrous, short-lived venture into the Canadian market a few years ago, which cost more than US$2 billion. But that’s history. Target today is healthy and thriving.

The stock shot up following release of second-quarter results that outperformed estimates by a wide margin. The shares are up about 18 per cent year-to-date.

The company had a tremendous second quarter, with sales up 24.3 per cent, the strongest gain ever reported. Digital sales skyrocketed by 195 per cent, accounting for 13.4 percentage points of Target’s comparable sales growth. Same-day services (pick up, drive up, and shipped) grew 273 per cent and accounted for approximately six percentage points of total company comparable sales growth.

Target reported “unusually strong” market-share gains across all five of its core merchandise categories, worth about US$5 billion in the first half of the year.

The strong sales translated into a huge growth in profits. Net earnings for the quarter were US$1.69 billion (US$3.35 per share, fully diluted), compared to US$938 million (US$1.82 per share) in the same period last year. That’s an 84.4 per cent increase year-over-year.

The company reported cash and cash equivalents of almost US$7.3 billion at the end of the quarter compared to about US$1.7 billion a year ago.

Target increased its quarterly dividend by two cents to US$0.68 per share (US$2.72 per year), effective with the August payment. The stock yields 1.8 per cent at the current price.

The company suspended its share buyback program in late March in the face of the financial uncertainty caused by the pandemic. As of the end of the second quarter, the company had approximately US$4.5 billion of remaining capacity under the repurchase program approved by Target’s board in September 2019.

The outlook for the rest of the year continues to be strong. CEO Brian Cornell was quoted by Reuters recently as saying July sales continued at a strong pace while August was off to a “solid start”.

Target may have failed in Canada, but Costco is a going concern – there are often line-ups to get in. The company operates 790 warehouses world-wide, including 100 in this country.

Costco stock is up 19 per cent so far this year. The stock appears overvalued compared to the other big box retailers, with a p/e ratio of over 40, but good results are encouraging investors to push the shares higher.

The fourth-quarter results should be better, based on sales. Costco reported an 11.1 per cent increase in June sales and 14.1 per cent jump in July.

Clearly, low prices, high volumes, and a strong on-line presence are the keys to success in retailing in the pandemic era. The big box stores have figured it out. Everyone else is playing catch-up or winding down their business.

The article originally appeared in The Toronto Star.