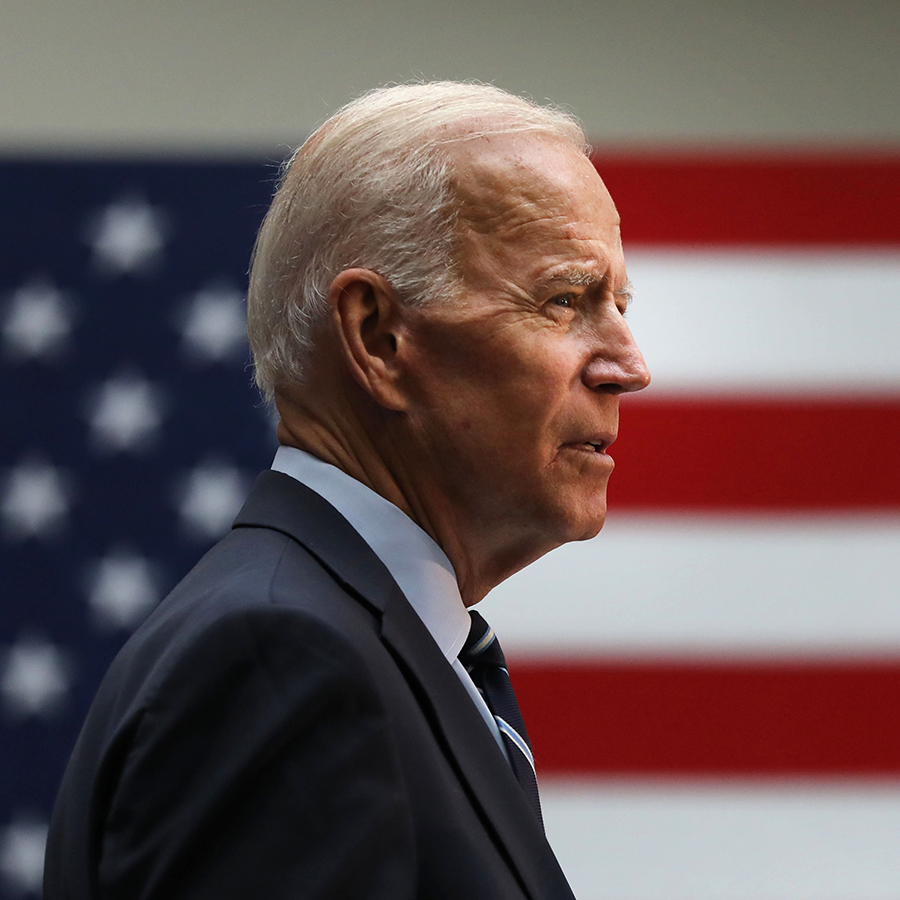 With Joe Biden set to take office in January, financial expert Gordon Pape looks at what kind of impact he'll have on Canada and the market. Photo:

Stock markets celebrated on Nov. 9, but it wasn’t all due to Joe Biden’s election victory, which was finally confirmed two days before.

The big news for investors that morning was the report that the coronavirus vaccine being developed by pharmaceutical giant Pfizer and its German partner BioNTech has proven to be 90 per cent effective in widescale clinical trials. The companies said they would apply to the U.S. Food and Drug Administration for emergency use approval later this month.

A successful vaccine would be a huge step forward in bringing the virus under control and setting the global economy on a clear path to recovery. It would also make life much easier for the incoming Biden administration.

President Trump, who had predicted during the campaign that a vaccine was coming soon, was probably enraged that this announcement didn’t come 10 days ago. He continues to press ahead with legal challenges to overturn the result.

Several states, including Pennsylvania, Michigan, Wisconsin, Arizona, and Georgia, were decided in Mr. Biden’s favour by razor-thin margins and recounts have already been ordered in some cases, but few people expect the result to be overturned. The margin of Mr. Biden’s lead in the popular vote and the electoral college weighs heavily against that happening.

So, Mr. Biden will almost certainly be sworn in as the new President on Jan. 20. What does that portend for the markets, and for Canada?

Outlook for the Markets

Let’s start by looking back at what happened in recent days. On the days immediately following the election, New York posted big gains as TV talking heads proclaimed that Mr. Biden was inching close to victory. Then we saw a huge rally after his win was confirmed.

Does that mean U.S. investors were thrilled with the prospect of a Trump defeat and a Democrat in the White House? Not really. What investors were happy about on Nov. 9 was the vaccine announcement. The previous week, it was the prospect of a stalemate in Washington, which would see many key Biden initiatives blocked by a Republican-controlled Senate.

“The extreme outcomes have been taken off the table – both a blue wave and a red tide,” wrote Michael Mullaney, global head of research for Boston Partners, in a note to clients. “That means we’ll be in some sort of gridlock situation, which is what markets like. Historically, a split Congress has been the best environment for stocks, no matter who the president is.”

That scenario would make it unlikely that Mr. Biden would be able to implement his planned tax increases, an expanded health care plan, an aggressive green energy package, and anything more than a modest stimulus program. In other words, more deadlock.

But will that gridlock scenario actually happen? Maybe not. As things currently stand, it all comes down to a pair of Senate run-off votes in Georgia on Jan. 5. If two Democrats win, it would create a 50-50 tie, which would give the Democrats effective control of the Senate because Vice-President elect Kamala Harris would cast the deciding vote. With the Democrats maintaining control of the House (albeit with a reduced majority), that would end the gridlock and open the door to bigger spending programs, higher taxes, and more regulation.

As President Obama reaped the benefit of the rebound from the Great Recession, Mr. Biden should profit from the long-awaited arrival of one or more vaccines that would slow or stop the pandemic and put the world on a path to economic recovery. In the meantime, he needs to develop a program that will convince Americans he is serious about coming to grips with the coronavirus without shutting down the economy. His announcement of a coronavirus task force was the first step.

The Keystone XL pipeline is probably a dead duck. One of Mr. Biden’s first election promises was to withdraw the Presidential permit for cross-border construction, and it is unlikely he will back off. He does not need Congressional support to achieve this; it can be done by executive order.

During the campaign, Mr. Biden promised that he would apply to re-join the Paris Climate Agreement, which the U.S. officially withdrew from last week. That puts his climate policies in line with those of the Canadian government and suggests ways may be found for the two countries to work together on economic initiatives to stimulate the grown of green energy and reduce carbon emissions.

“Biden’s target of zero greenhouse-gas emissions by 2035 has long-term implications for auto industry standards, as well as clean energy technology as a replacement for fossil fuels,” BMO Private Wealth Management said in a note. “Renewable energy producers are the clear winners from this election under Biden, with oil and gas producers (already under pressure from weak global demand), the clear losers.”

Another benefit from a Biden win should be smoother trade relations, not just with Canada but with traditional allies including Great Britain and Europe. Mr. Biden and the Democrats are not big fans of free trade, but they are likely to be much less confrontational than President Trump.

“Investors would welcome a softening of trade rhetoric and tariffs which often create instability and inefficiency, and should help boost global economic growth,” says BMO.

“This would be a positive for Canada, which has been on the receiving end of tariffs (e.g., the recently threatened tariffs on aluminum) from the Trump administration. Aside from the direct costs, a relief from the threat of further negative actions should be helpful to a host of Canadian sectors. According to BMO Economics, the estimated combined impact of the imposed and threatened tariffs reduced U.S. and Canadian GDP by about one percent. Given the historical relationship between economic growth and corporate profit growth, the boost in economic growth from ‘freer trade’ would be a positive for Canadian equities.’

All in all, it appears a Biden presidency should be beneficial for investors and for Canada, except for the fossil fuels sector. At least that’s the theory as we await the transfer of power. The reality may be something else entirely. As Mr. Trump was fond of saying: “We’ll see.”