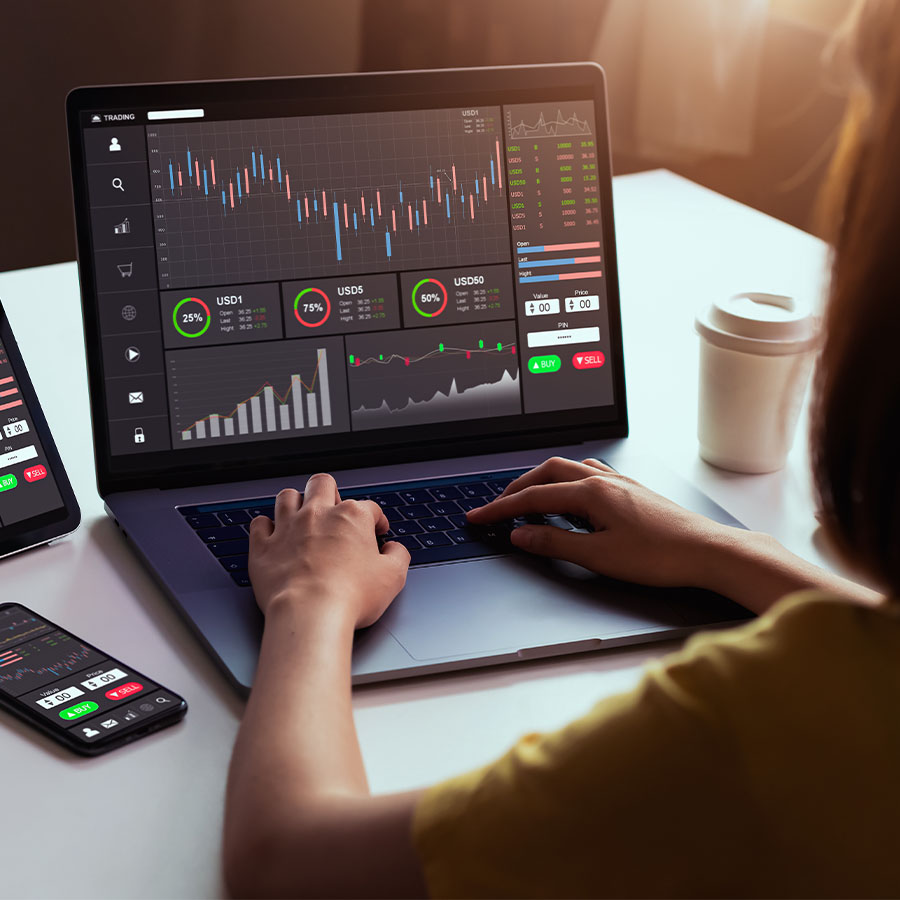 It was one year ago last Tuesday that the stock market hit the bottom of the pandemic plunge.

Of course, no one could have predicted that at the time. Before COVID hit we were riding the wave of a bull market that began in late March 2009, after the financial crash sent share prices tumbling around the world.

That 11-year run ended abruptly when investors woke up to the fact the coronavirus was a real and immediate threat to the economy. People rushed to cash in, sending stocks into a spiral. Between Feb. 21 and March 23, 2020, the S&P/TSX Composite fell 7,664 points, losing over 37 per cent of its value.

It was thought at the time this was the beginning of a long bear market. The pandemic was just taking hold, businesses were closing down, millions of people lost their jobs, and there was no medical relief on the horizon, either in the form of treatments or vaccines. The vicious death toll was just starting.

One year later, we’re looking back on what turned out to be the shortest bear market in history. Major indexes in New York and Toronto have set new record highs and continue to do so. The S&P/TSX Composite gained over 66 per cent from its 2020 bottom to the one-year anniversary date. The S&P 500 and the Dow were each up more than 74 per cent over that period, while Nasdaq advanced almost 93 per cent on the strength of technology stocks.

A breakdown of the components driving the TSX shows that the downtrodden energy sector performed a remarkable turnaround, rising 158 per cent over the 12-month period. Financials, which are the largest component of the TSX, were up 73 per cent in that time, despite being hit last spring by a sharp reduction in interest rates as central banks scrambled to boost the economy. Small caps, which had been a drag on Canadian markets for years, did a complete reversal, with the index gaining 125 per cent over the year.

It was an amazing recovery in such a short time. But what happens now?

To drive that figure down to a more reasonable level, corporate profits have to rise and/or market prices must fall. There’s a good argument to be made for improving profits as the global economy rebounds from the pandemic, although President Biden’s plan to raise the U.S. corporate tax rate to 28 per cent will put a somewhat of a damper on that.

The other factor to consider is rising interest rates and their negative effect on bond prices. The FTSE Canadian Universe Bond Index is down 4.72 per cent to March 25. Investors are pulling their money out of fixed income ETFs at an unprecedented rate; the sector lost 26.1 per cent of its assets under management in February according to data released by Canadian ETF Association. That money was redirected to equity funds, which saw assets increase almost 70 per cent month-over-month. This is the TINA (There Is No Alternative) principal at work.

The result is a potentially dangerous tilt to equities that leaves investors vulnerable to a market pullback. What should you do in these circumstances? My suggestions:

Take part profits in inflated stocks. Taking some money off the table when p/e ratios are so high is simply prudent but check the tax consequences before acting. This is not to suggest abandoning the stock market. It could still go on rising for several months. But ease back on your exposure.

Reposition your bonds. The FTSE Short-term Bond Index is down only 0.52 per cent year to date. You should retain some exposure to the bond market to act as a buffer if stocks should tumble but minimise the risk. Look at ETFs like iShares Core Canadian Short Term Corporate Bond Index (TSX: XSH). Also consider hedging your bets with the iShares Convertible Bond Index ETF (TSX: CVD), which is ahead 3 per cent year-to-date and showed a one-year gain of 7.16 per cent to the end of February.

Don’t ignore Canada. U.S. indexes outperformed the TSX in 2020, mainly on the strength of the information technology sector. It’s a different story this year. As of the time of writing, the Dow was up 5.9 per cent for 2021 and the S&P was ahead 4.1 per cent. Nasdaq was just slightly above break-even. The TSX, by contrast, had gained just over 7 per cent, led by energy and financials.