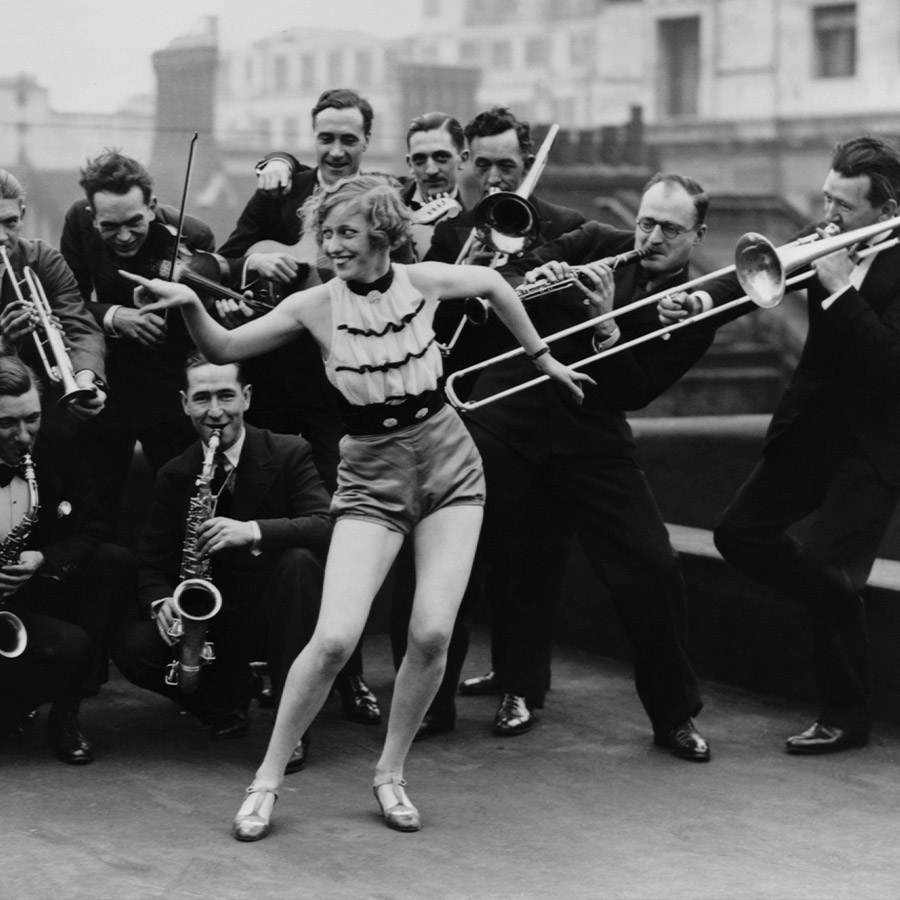 The last pandemic was followed by the roaring '20s, but several factors including inflation may see the 2020s mimic another era. Photo: Hulton-Deutsch Collection/CORBIS/Corbis/Getty Images

The 2020s have only just begun but there is already a rush to draw parallels with the past, prompted by a belief that COVID-19 will mark a turning point for the world economy and financial markets.

For some, a post-pandemic economic boom accompanied with optimism about the future echoes the 1920s. Others reckon this decade is beginning to feel like the 1970s, as dormant inflation awakens.

Whatever path the decade takes will of course matter for the trajectory of stocks, bonds, currencies and commodities.

Here’s a look at which decade the 2020s could resemble.

In the 1920s, technological and scientific advances led to mass production of goods and the electrification of America, alongside booming stock markets and wealth.

Fast forward to the 2020s and the global economy is expected to grow 6% this year, a rate not seen since the 1970s. Stocks are near record highs, and tech valuations at their highest since the late 1990s dotcom peak. COVID-19 appears to be a catalyst for technological change, spurring digital adoption.

No wonder parallels are drawn with the “Roaring Twenties”.

The 1920s ended with a stock market slump and economic depression, but economists believe policymakers have heeded lessons from the past and are unlikely to turn off the money taps too fast.

“A lot will come down to the extent to which monetary and fiscal stimulus translates into real productivity and improvement in structural growth rates,” said Kiran Ganesh, head of multi asset, UBS Global Wealth Management.

“Then we are in a roaring 20s scenario, but if the investment ends up wasted we are going back to the 2010s …when it proved very hard to generate growth.”

The chances that the 2020s revisit the 1930s — when households struggled to recover from a downturn, birth rates fell and inequality fuelled populism — is a possibility but is not considered the most likely.

Figures quoted by Oxfam show the world’s billionaires became $3.9 trillion richer between March and December 2020 even as economies shrank and tens of millions of workers lost jobs.

There are signs governments are trying to narrow yawning disparities.

The world’s richest economies back a minimum global corporate tax rate of at least 15%. A $1.8 trillion American Families Plan is expected to lift more than 5 million children out of poverty.

But birth rates are low. The U.S. fertility rate fell and remained below 2.5 in the 1930s. Today, that rate is at record lows around 1.6, below the roughly 2.1 replacement level.

China had a fertility rate of 1.3 children per woman in 2020, on par with ageing societies Japan and Italy. A COVID-led baby bust could further pressure public finances.

If inflation returns after a long absence, surely the 1970s — when oil prices soared and U.S. inflation hit double digits — is a better fit?

Fans of this scenario argue that hefty fiscal stimulus will give inflation in major economies a long-needed boost. BofA estimates, for example, that the U.S. government will spend $879 million every hour in 2021.

Bond investors need to be wary if inflation roars back, as do central banks which have not experienced inflationary pressures for decades.

“Many people think we are in the 1930s but I think we will wake up somewhere in the 70s,” said Amundi’s Blanque.

Many economists agree the 2020s will mark a break with the “small government” 1980s as public spending increases are sustained to aid the post-virus recovery.

They also think a rerun of the last decade, the 2010s, is unlikely, as governments ditch austerity and embrace a bigger role for the state in the economy.

This all suggests a departure from the 1980s-style neo-liberal policies pursued by Ronald Reagan and Margaret Thatcher, an ideology that has dominated market thinking ever since and shaped the decade after the 2008-2009 financial crisis.

Agreement on a minimum global tax rate is evidence of a possible shift, although it is still early days.

UniCredit chief economist Erik Nielsen said greater state involvement in the economy, whether via direct ownership, regulation or taxation, was a risk to growth but the details of any intervention mattered.

“One thing is clear, however: It’ll lead to massive changes in relative growth between sectors and hence in investment opportunities,” he said.

Second Acts: 4 Ways to Relaunch Your Career After a Pandemic Year