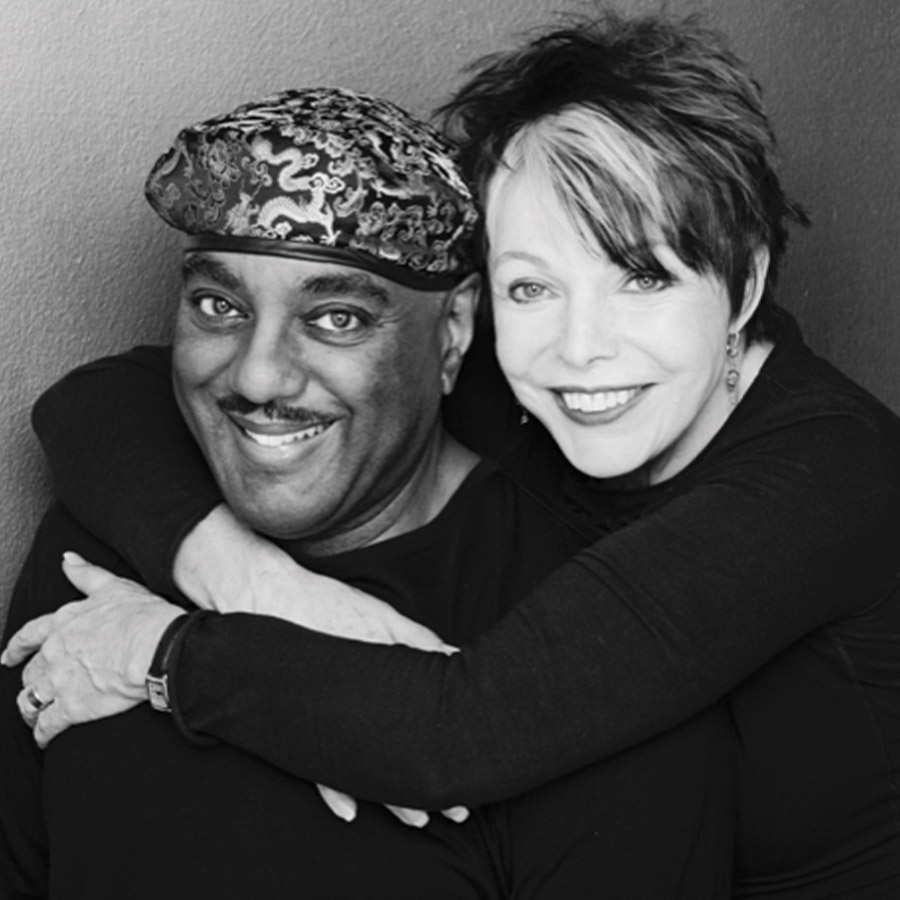 Bob and Judy Taylor, who sponsor a pair of Donkeys from The Donkey Sanctuary of Canada every year, are among the many Canadians making a difference with their time and a little money. Photo: Courtesy of Joe and Sealy Cooper

They cuddle donkeys and knit gnomes and donate what they can. They are the everyday philanthropists whose good deeds bridge the gaps in Canada’s social safety net. Whether they dig out $10 from their wallet or volunteer a few hours a week, they pay it forward by giving time and money to causes that have touched their lives.

There are so many ways to lend a helping hand and you don’t need deep pockets to make a difference. Just look around your community and see who needs assistance, suggests Marco Amati, who runs a hot lunch program in Nova Scotia. “It’s rewarding to open your heart.”

Here are some compassionate Canadians who are responding to those in need.

WHO John Bond, 73, moved clear across the country in 2007 when he retired from pharmaceutical sales, from Vancouver to Sydney, N.S.

Cape Breton faces economic challenges with an unemployment rate of 14 per cent in March 2020, and the population of Sydney has shrunk by eight per cent in the last 15 years as young people leave to find work. Nonetheless, it’s his wife’s hometown, and there is family close by, including a beloved teenage grandson. Eager to become an active part of his new community, Bond jumped at a pastor’s request to sit on the board of a community hot-meal program.

THE CHARITY Loaves and Fishes, founded 39 years ago, feeds roughly 200 people a day. Its annual budget of $210,160 comes mainly from small donations, while just seven per cent comes from the provincial government. There are just two full-time staff with many more volunteers buttressing the operation. Roughly 70 per cent of the clients are over the age of 50, reports executive director Marco Amati.

THE CONNECTION To fulfill his board duties, Bond spends time at the former community hall where Loaves and Fishes provides hot nutritious lunches 365 days a year — no questions asked. Bond, who visits twice a week to talk to people and thank the volunteers, describes seeing the face of hunger that “would break your heart. This was the first time I’ve had an understanding,” says Bond, who also donates money, although he prefers not to say how much. “I’ve never been hungry.”

WHY HE GIVES In 2002, doctors discovered Bond had a rare colon cancer usually diagnosed when it’s beyond treatment. Given a clean bill of health after an operation, “I just knew my life had been inexplicably extended, and I needed to be thankful and to do that by giving back to others in either a personal or organizational way,” he says.

THE DONORS Bob and Judy Taylor fell in love at the Donkey Sanctuary of Canada – with the donkeys. The retired couple, both 62, visited the Guelph, Ont.-area farm about 12 years ago and were charmed by the curious, social, smart animals that loved having their ears scratched. “They are soft and smell good,” says Judy, adding it’s the result of donkeys plunging their faces into fragrant hay while feeding. “They are like big curious pets.”

THE CHARITY The Donkey Sanctuary of Canada in Puslinch, Ont., has a $1 million annual budget that covers salaries of eight staff who care for 100 animals seized by the SPCA due to abuse or neglect or given up by owners who don’t want them or can’t look after them. They house them and grow high-fibre feed on two adjacent 100-acre farms, while another 66 are fostered by area farmers trained in their care by sanctuary staff.

THE CONNECTION Every year, they sponsor two donkeys named Zeus and Chaplin for around $75 apiece as Christmas presents to each other, but they’ve given hundreds over and above that since COVID-19 hit. “We hear of needs for specific donkeys that they don’t have the funding for, so we will cover those costs,” says Judy, who adds they are buying special boots for two donkeys whose hooves hadn’t been properly cared for.

They have given untold hours to the sanctuary, which pre-COVID they used to visit twice a week to clean stalls, feed and fondle. Judy, an amateur violinist, even played Simple Gifts and Amazing Grace to the beasts, and the couple led tours for school groups and visitors. “This is our passion,” says Judy. “They are our loves.”

WHY THEY GIVE “Everyone can help where they have an interest and feel the need,” says Judy.

WHO Melanie Achen, 53, found the crafty camaraderie of the West Coast Knitters Guild helped fill the void the B.C. former public health nurse felt being so far away from her knitting-savvy Saskatchewan relatives, who taught her the craft.  Knitting lends itself very well to community engagement, says Achen, who is currently working on a Bernie Sanders-inspired sweater for herself.

THE CHARITY Nova House is a 10-bed women’s shelter run by Chimo Community Services that has been serving the Richmond, B.C., area for 45 years. The programs include transition housing from its shelter, a crisis line staffed by 200 volunteers, legal and counselling services for children and elderly, and anti-bullying initiatives. Donations account for 25 per cent of Chimo’s $2.3 million annual budget.

THE CONNECTION The Guild raises $2,000 a year for Nova House, partly through an annual craft sale. Achen forgoes “precious” sweaters that require expensive yarn and a lot of skill and makes small, inexpensive things – like 15 little gnomes she sold for $20 each in less than two hours last year. There was $300 raised, just like that. While there was no Christmas craft sale last year due to COVID-19, the guild raised money through yarn sales and member donations. Achen also supports Doctors Without Borders, the Alzheimer Society of Canada and the Brain Tumour Foundation of Canada.

WHY SHE GIVES “I am personally drawn to supporting charities that support women in need and have volunteered in the past with organizations that are focused on women’s health and welfare.”

THE DONOR Joe Sealy’s marriage was a match made in entertainment heaven. The former member of the Blood, Sweat and Tears band and current pianist with the Colin Hunter band was married to hair and makeup artist Judi Cooper-Sealy for 46 years. She worked on famed Canadian shows SCTV, CODCO and Kids in the Hall, sometimes drawing him into her work – like the time Sealy played the piano in a Casablanca sketch on SCTV.

THE CHARITY  The Temmy Latner Centre for Palliative Care, started in 1989 at Mount Sinai Hospital in Toronto, supports 2,200 patients at home and 267 in the hospital. It’s a free service supported by the hospital and Ontario Ministry of Health, but it also gets a share of Mount Sinai’s private donations, which totalled $65 million last year. That money went toward tablets, so patients could connect with families during the pandemic, and portable ultrasounds.

THE CONNECTION Cooper-Sealy, who cut actor Martin Short’s hair and specialized in special effects, died in 2018 at 77 from Lewy body dementia. For the last six months of her life, a palliative care team from Mount Sinai tended to her on a hospital bed in the living room of her home, where she died with her husband by her side. Sealy, 81, is grateful for the care she received and the kindness of being able to call them — and not 911 — when she passed away. He directed donations in her name to the hospital after her death and continues to give monthly donations to Toronto’s Centre for Addiction and Mental Health.

WHY HE GIVES “Firstly, I tend to give to hospitals where I have received treatment,” says the Toronto musician and record producer, who also donates to Princess Margaret Hospital and Doctors Without Borders. “Then I give monthly to Save the Children because I have a soft spot for children.”

THE DONOR Saskatoon businessman Jim Rhode, 53, has the tools and a workshop to help an ever-expanding group of charities in his hometown. The owner of the Davis Machine Co., which provides power generators to various sectors including the oil and gas industry, belongs to service clubs that depend on him to help with everything from building school skating rinks to serving Christmas meals.

THE CHARITY Care and Share, founded in 1997, works with 20 inner city schools in Saskatoon. More than 5,000 children benefit from recreation programs, babysitting and bike-safety training, reading assistance and essentials such as coats or lice shampoo. More than 85 per cent of the annual budget of around $200,000 comes from donations.

THE CONNECTION As a volunteer at a Care and Share Christmas
lunch in an inner-city school, he and his family were struck by
polite requests for seconds of vegetables, not the gravy or pop. Rhode replaced the soft drinks with juice at his own expense of $3,500, and picked it up and delivered it, too. He also stores the charity’s 30 bikes and a large trailer for its ride program and provides an employee
to deliver and pick them up from schools.

WHY I GIVE “I am passionate about family, supporting my community and assisting grassroots initiatives that might not otherwise succeed.”

Go to canadahelps.org for lists of agencies to support.

A version of this article was originally published in the April/May 2021 issue with the headline “Everyday Philanthropists,” p. 58.