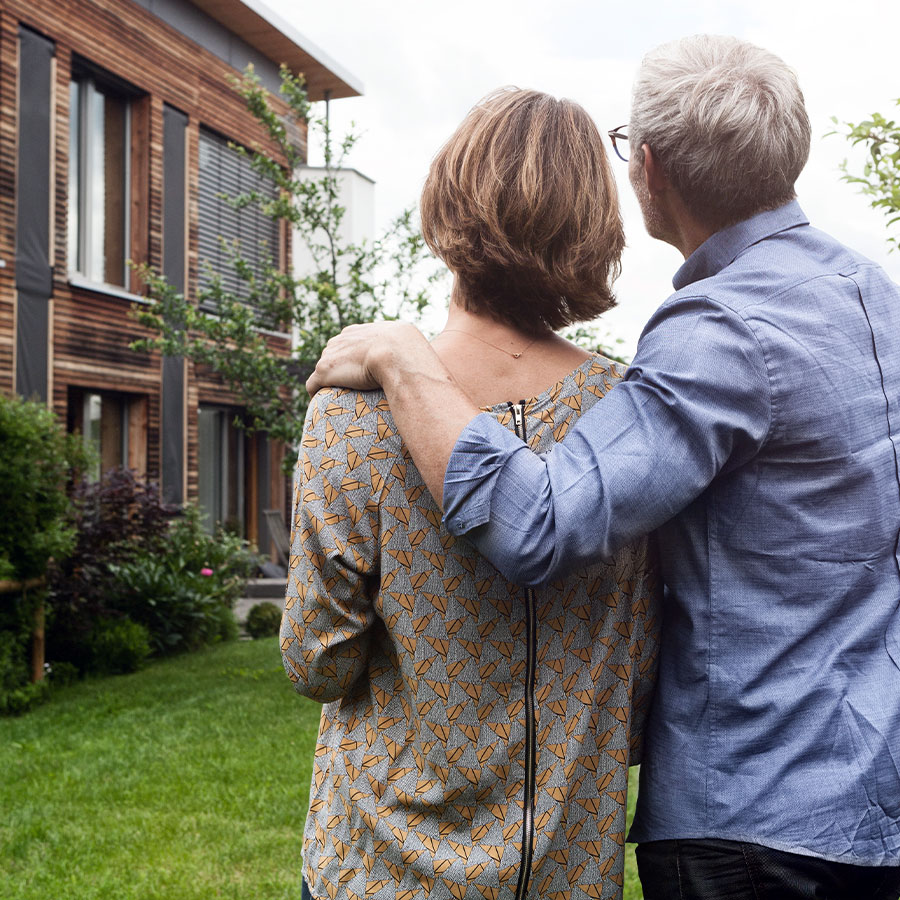 A recent CIBC poll found that 23 per cent of respondents over 55 who were thinking of selling their homes planned to sell “before prices fall.”  Photo: Westend61 / GettyImages

The recent spike in real estate prices may be delivering another crushing blow to millennial home-buying aspirations, but it’s creating an enviable equity boon for 7.9 million Canadians over the age of 55 who own homes.

Fuelled by low interest rates, short supply and pent-up demand prompted by the pandemic, a buying frenzy has seen house values explode across the country, with the Canadian Real Estate Association reporting that in March, the national average home price was $716,828, up 31.6 per cent from the same month last year.

Some experts worry the frothy real estate market is out of control, including Toronto-based economist David Rosenberg, who suggests we “might be in one of the biggest bubbles of all time.” A recent listing for a stand-alone garage in Toronto (with no home attached!) at $729,000 lends credence to Rosenberg’s concerns. A chorus of analysts are warning that unless the federal government implements market-cooling measures such as raising interest rates or imposing a “speculation tax” to deter house flipping, when the bubble bursts and prices fall, borrowers could be stuck with mortgages that exceed the value of their properties, resulting in defaults, bankruptcies and a damper on economic activity.

While analysts worry, older people couldn’t be happier with their growing home equity. A recent CIBC poll, which surveyed 3,034 people in mid-March 2021, found that 23 per cent of respondents over 55 who were thinking of selling planned to sell “before prices fall.” The motivation to exploit the market is strong among older retirees in the “house rich, cash poor” category – people who worked hard to pay down their mortgages and want to sell to finance their retirement. The temptation is prevalent among those who need a cash infusion to pay down outstanding debt, help children or grandchildren or cover everyday expenses.

While selling will produce a cash bonanza, it does have drawbacks. Once you sell, you have to find an affordable living option, which may mean moving to another community, downsizing to an apartment or condo or moving into a retirement home. And the costs of selling – realtor and legal fees, moving expenses, purchasing new furniture and appliances – will eat away at the profit.

There’s also an emotional cost, since pulling up stakes may mean leaving behind family members, close friends or a neighbourhood support network, not to mention the hassle of finding a new doctor, a dentist and all the other health-care providers.

Those who aren’t ready to upend their lives by selling are exploring ways to turn equity into cash so they can stay in the home and neighbourhood they love.

The obvious solution is to apply for a new mortgage or a home equity line of credit, but for those who can’t meet the monthly repayment schedule demanded by lenders, another way to raise money is with a reverse mortgage.

Right now, there are two financial institutions that offer reverse mortgages in Canada – HomeEquity Bank and Equitable Bank. When you apply (you must be 55 or older), the bank appraises the market value of your home to determine how much equity you can borrow. If, for example, your home is appraised at $700,000, depending on your age you may be able to access up to 55 per cent of its value, or $385,000.

The equity is paid out in a tax-free lump sum, which you repay with interest when you sell. Although you can pay off the reverse mortgage early, the big attraction is that there are no payments until the sold sign goes on the lawn.

Reverse mortgages have often been viewed with scepticism, and the most common criticisms are that the set-up fees are onerous, the interest rates are too high, you could end up owing more than your house is worth and the bank will throw you out of your home if you don’t make payments.

While these beliefs linger, none of them are true, says Yvonne Ziomecki, vice-president of marketing and sales at HomeEquity Bank, which controls the lion’s share of the $4.42 billion reverse mortgage debt, where the average client is 72.

“We still get people telling us we steal homes from older people,” says Ziomecki, who feels the misinformation comes from people who “don’t understand the product.” Yes, the set-up fees – usually around $1,800  – can be costly. And because the loans are issued without repayment schedules, interest rates tend to be higher, at five to seven per cent compared to three to four per cent for a conventional mortgage.

Ziomecki attributes the stigma of reverse mortgages to “terrible PR from the U.S.,” where lenders earned a dubious reputation for charging high fees and kicking people out of their homes.

She points out that HomeEquity Bank guarantees the total amount customers repay will never exceed the fair market value of their home at the time it’s sold. That means if your home sells for less than what you owe, the bank will take the loss. And, more importantly, you can never be forced to sell.

Whatever strategy you use to raise money – whether cashing out or tapping into home equity – will be guided by your personal financial situation. “We’re not suggesting reverse mortgages are for everybody,” says Ziomecki. “But retirement-aged people who don’t want to sell should consider it as a financial option.”

A version this article appeared in the June/July 2021 issue with the headline “Zooming Money: Sky High,” p. 30.

Toronto Real Estate in the Time of Coronavirus

Home Smart Home: The Latest Tech to Make Your Living Space Safer and Easier to Maintain