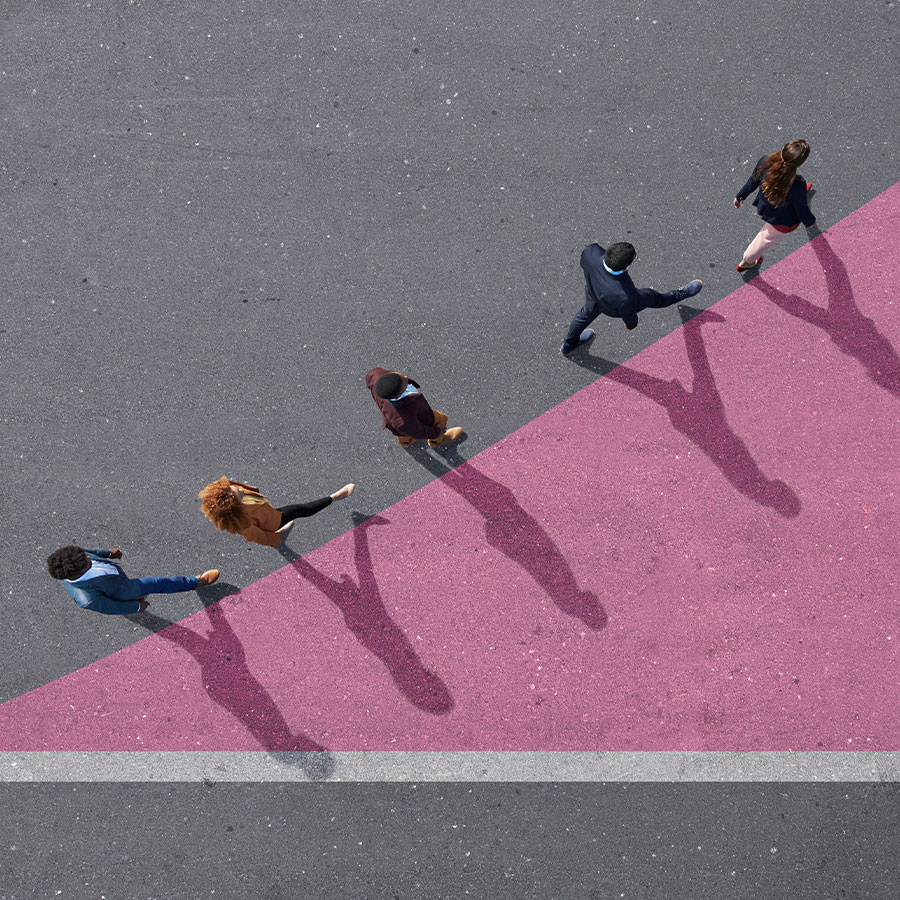 As we head into an uncertain 2022 for the economy, Gordon Pape recommends investors stay cautious. Photo: Klaus Vedfelt/GettyImages

Strange. I think that’s the best word to describe 2021 as the year winds down.

It began on an optimistic note, as tests of new vaccines reported positive results in the effort to defeat the coronavirus. As soon as Pfizer and Moderna received approval, people were scrambling for first-dose appointments. Newly elected President Joe Biden told the America people that by Independence Day (July 4), the country would be on the way to declaring independence from the virus.

We never came close. Today, with only a few days left in 2021, we’re staring at an uncertain future. The Omicron variant threatens to undermine the progress we’ve made on the vaccine front, abetted by the anti-vaxxers who, against all reason, maintain their freedoms are being violated. As a result, caseloads are rising rapidly again and restrictions have been reintroduced, threatening the economic recovery.

Last January, most people believed that at this point we’d be out of the woods and that 2022 would mark a return to normalcy. Today, people are as anxious as they were a year ago, even those who are fully vaccinated.

That wasn’t all that was strange about 2021. Consider the following:

Labour: At the start of the year, the concern was finding jobs for all the people who had been thrown out of work by the pandemic. The U.S. unemployment rate stood at 6.7 per cent as 2020 ended (8.6 per cent in Canada), with millions of people living off employment insurance and/or pandemic-related government assistance.

By November, the U.S. unemployment rate was down to 4.2 per cent (6 per cent in Canada). According to the U.S. Department of Labor, American unemployment claims dropped by 43,000 to 184,000 in the first week of December, the lowest since September 1969. There are now about 11 million job openings in the U.S. that employers can’t fill, even with incentives like bonuses.

Oil: As the year began, the greenest President in U.S. history, based on his campaign platform, was about to take office. Subsequent legislation in Congress confirmed Mr. Biden’s commitment to combatting climate change, even if it meant inflicting damage on Canada’s auto industry in the process.

The price of oil had recovered from its 2020 lows but was still around US$45 for a barrel of West Texas Intermediate. Oil stocks like Suncor were trading at about half their pre-COVID levels. The message couldn’t have been clearer: fossil fuels were dead; the green energy age had arrived.

That will probably be true at some point, but not in 2021. Oil traded at around US$84 in October and is still above US$70 a barrel. Shares in fossil fuel companies have rallied. More capital is being invested – the number of oil and gas rigs in operation in the U.S. increased from 351 at the end of 2020 to 569 as of Nov. 30, according to Statista. That’s a growth rate of 62 per cent. No one saw that coming last January.

Inflation: When the year began, inflation wasn’t anywhere near the top of people’s worry lists. The pandemic, jobs, education, and civil rights were all greater concerns. The central banks were assuring us that interest rates would stay low until at least 2023 and perhaps longer.

But here again, everything went weird. Weakened supply chains, labour shortages, central bank easing, and massive government spending all combined to drive the cost of living to levels unseen since the early 1980s. When the U.S. Bureau of Labor Statistics released its inflation numbers for November, the number was a real shocker — 6.8 per cent on a year-over-year basis. That was the fastest surge in consumer prices since 1982 — the year when Canadian government bonds were yielding 15 per cent and mortgage rates flirted with 20 per cent.

We were initially assured by our central bankers that all this was “transitory”. No one is claiming that anymore. Deputy Bank of Canada Governor Toni Gravelle said in a speech that the expectation now is that inflation will remain high in the first half of 2022, then start to ease. But he warned that supply chain disruptions could last longer than expected, prolonging the upward pressure on prices. The U.S. Federal Reserve Board says it now expects to raise rates three times in 2022.

So, what does it all mean? Marko Kolanovic, Chief Global Markets Strategist & Co-Head of Global Research for JPMorgan, said that “2022 will be the year of a full global recovery, an end of the global pandemic and a return to normal conditions we had prior to the COVID-19 outbreak”. We can only hope he’s right. But the unusual twists and turns we saw in 2021 add up to a mountain of uncertainty as we approach the New Year — and stock markets hate uncertainty.

The major indexes have held up well so far. We have experienced a few days of heavy selling, but they have been followed by rallies. Investors have not panicked yet.

Whether they can keep their nerve through 2023 remains to be seen. The pandemic is not going away, and Omicron has already put a new brake on economic growth. Inflation has become a fact of life, with all that implies.

All this suggests caution in the year ahead. Don’t flee for the hills. But, if appropriate from a tax perspective, cash in a few chips while share prices are high.