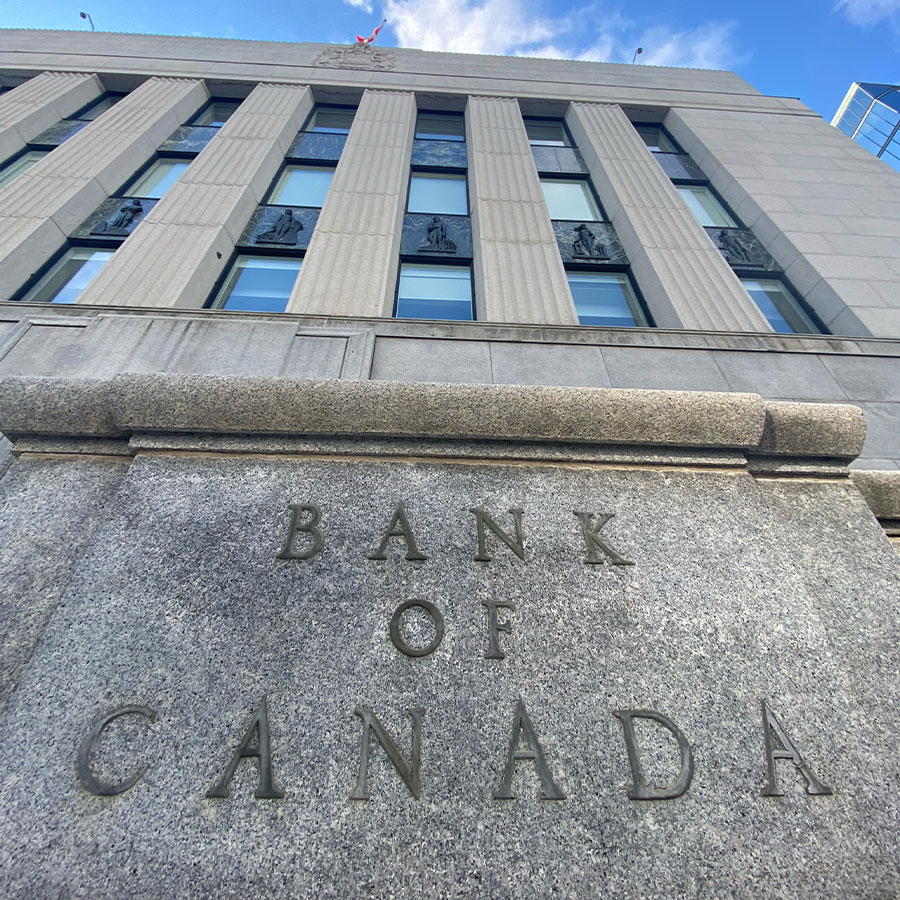 The Bank of Canada hiked interest rates for the first time since October 2018 on Wednesday. Photo: Adrian Wyld/The Canadian Press

The Bank of Canada hiked interest rates for the first time since October 2018 on Wednesday and said they would need to go higher despite increased uncertainty following Russia’s invasion of Ukraine, setting the stage for a further increase in April.

The central bank raised rates to 0.50 per cent from a record-low 0.25 per cent, as expected, and also said it would continue with the reinvestment phase of its bond buying program.

“Today’s rate hike is the first step in the most consequential tightening cycle in decades,” said Royce Mendes, head of macro strategy at Desjardins Group.

Central bankers around the world are racing to slow red-hot inflation with rate increases, while also trying to avoid stifling economic growth too much.

Russia’s invasion of Ukraine has increased pressure, adding to inflation while potentially weighing on growth through supply disruptions.

“The unprovoked invasion of Ukraine by Russia is a major new source of uncertainty,” the Bank of Canada said in its rate-decision statement. “Prices for oil and other commodities have risen sharply. This will add to inflation around the world.”

The bank said it now expects price increases to be higher in the near term than in its January forecast. Inflation surged to a 30-year high at 5.1 per cent in January, its 10th consecutive month above the Bank of Canada‘s 1 per cent-to-3 per cent control range.

“Price increases have become more pervasive, and measures of core inflation have all risen,” the bank said. “Persistently elevated inflation is increasing the risk that longer-run inflation expectations could drift upwards.”

That hawkish tone is bolstering bets of another increase in April.

Zhao-Murray said he expects the central bank also to start reducing the size of its balance sheet in April, with Governor Tiff Macklem likely to “lay the groundwork” for quantitative tightening in a speech slated for Thursday.

The Bank of Canada also said Canada‘s rebound from the Omicron variant was “well in train,” and that first-quarter growth now looked more solid than previously projected.

“As the economy continues to expand and inflation pressures remain elevated, the Governing Council expects interest rates will need to rise further,” the bank said.

(Reporting by Julie Gordon and David Ljuggren in Ottawa; Additional reporting by Fergal Smith in Toronto and Steve Scherer in Ottawa; Editing by Jonathan Oatis and Matthew Lewis)

Apps to Be Your Best Self — Financially, Physically and Mentally