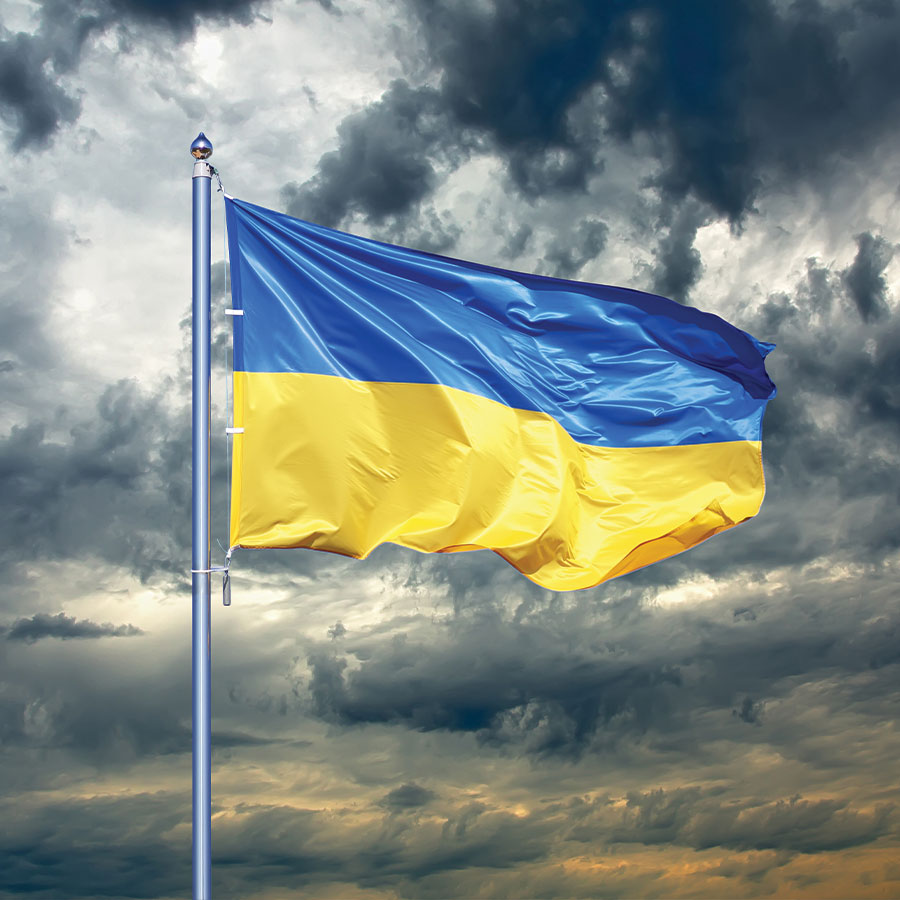 As Russia continues to invade Ukraine, financial expert Gordon Pape looks at the geopolitical fallout and its affect on the stock market. Photo: Silent_GOS/Getty Images

Sometimes, you wish your predictions would never come true. This is one of those times.

In early January, I wrote in my Internet Wealth Builder newsletter that one of the headwinds facing stock markets this year was the potential for war. I specifically referenced the increased Chinese pressure on Taiwan and the massive Russian troop build up on Ukraine’s borders.

On Feb. 21, Russian President Vladimir Putin took the first steps to subvert Ukraine by recognizing two breakaway regions as independent states and sending in “peacekeepers.” Two days later, he launched a massive invasion after delivering a highly provocative speech in which he claimed that Ukraine was an artificial country carved out of Russia and threatened any nation that dared to intervene, with what many interpreted as a nuclear attack.

The West responded by piling on sanctions but, as U.S. President Joe Biden admitted during a press conference on Feb. 24, these will take time to have a significant impact and will do nothing to stop Russia’s efforts to take over Ukraine and replace the government with a puppet regime.

In fact, the sanctions may backfire. Putin anticipated this move long ago and has been solidifying his relations with China. He met with President Xi Jinping at the Beijing Olympics on Feb. 4. A lengthy communique was issued at the end of the talks, but here’s what they really agreed on.

No action until the Games were over. It’s no surprise that the Russian hammer was dropped within hours of the torch being extinguished.

No condemnation. Even with Russian cruise missiles blasting Ukraine’s air bases and cities and televised pictures of tanks and Russian soldiers in action, China refused to categorize the actions as an “invasion.” One guess as to how Russia would respond to a Chinese assault on Taiwan.

No sanctions. The U.S., Canada, and Europe have imposed sanctions on Moscow. China won’t — at least not in any meaningful way. The result will be a strengthening of the economic ties between the two countries and a lessening of the pain the West’s sanctions will inflict on Russia.

The long-term geopolitical fallout looks ugly. Russia will probably emerge as master of Ukraine. and may feel emboldened to try the same tactics in other former USSR states that have not joined NATO. China may see the West’s refusal to militarily defend Ukraine as an invitation to move on Taiwan. And the Russia-China axis will tighten as the two countries work in concert to weaken the United States.

This is the potential future. What does it mean for your investments?

In my January column, I said I expected a stock market correction in the first quarter, with a drop of 10-15 per cent, followed by a rebound in the second half of the year.

We have experienced the correction phase, as least as far as the S&P 500, Dow Jones Industrial Average and Nasdaq are concerned. The S&P/TSX Composite held up better, thanks to its heavy weightings in energy and materials.

What stocks are benefiting? We have seen strong gains in potash producer Nutrien (TSX, NYSE: NRT), which will benefit as sanctions choke off exports from Russia and Belarus. Mining giant Teck Resources (TSX: TECK.B, NYSE: TECK) is ahead almost 30 per cent since finishing 2021 at $36.43. Canadian Natural Resources (TSX, NYSE: CNQ) has gained about the same since closing last year at $53.45.

Gold has been rising as investors seek a safe haven, especially after Putin put his nuclear forces on high alert. My favourite gold stock, Franco-Nevada (TSX, NYSE: FNV), was trading at $163 on Jan. 27. The shares are at $190.74 at the time of writing.

Historically, major geopolitical events such as this have resulted in a market decline, but it is usually a blip and short-lived. The worst, according to LPL Research, was the Japanese attack on Pearl Harbor in 1941 that led to a 19.8 per cent market drawdown. It took 307 days to recover. On average, these geopolitical events result in a 4.8 per cent decline and a recovery period of just over 43 days.

However, we can’t view the Russian invasion in isolation. It comes at a time when overvalued markets were already showing instability, the effects of the pandemic are still causing supply chain disruptions, and inflation is running at levels not seen in decades. These conditions will continue to overhang the markets long after the Ukraine invasion fades into the background.

What should you do? I took a quick poll of my social media followers and found that 51.3 per cent of those who plan to take action are going to focus more on specific sectors of the market. Just over a quarter of respondents intend to move to cash, while 20.5 per cent are going to buy gold.

Here’s what I suggest at this point:

Take some profits. It’s going to be a volatile year for stocks. If you have some big gains or some losers you want to dump, this might be a good time. But consider the tax consequences first.

Build your resource exposure. It’s been years since resource stocks have been a key part of a portfolio. But inflation and scarcity have pushed them to the forefront.

Own gold. I’ve always advised having a small position in gold (5-10 per cent of your portfolio), for times like this. Don’t be put off by the day-to-day price gyrations we’re seeing. The trend line is moving higher. Franco-Nevada is my top choice.

Consider defence stocks. We appear to be entering a period of enhanced militarization that could continue for some time. Defence stocks will do well in this environment.

Don’t overreact. The Russian invasion was criminal and brutal. But unless Putin intends to launch World War III by attacking a NATO member (very unlikely), the stock markets will absorb the shock and move on. Selling everything and moving to your underground bunker will achieve nothing except leaving your money fully exposed to the ravages of inflation.