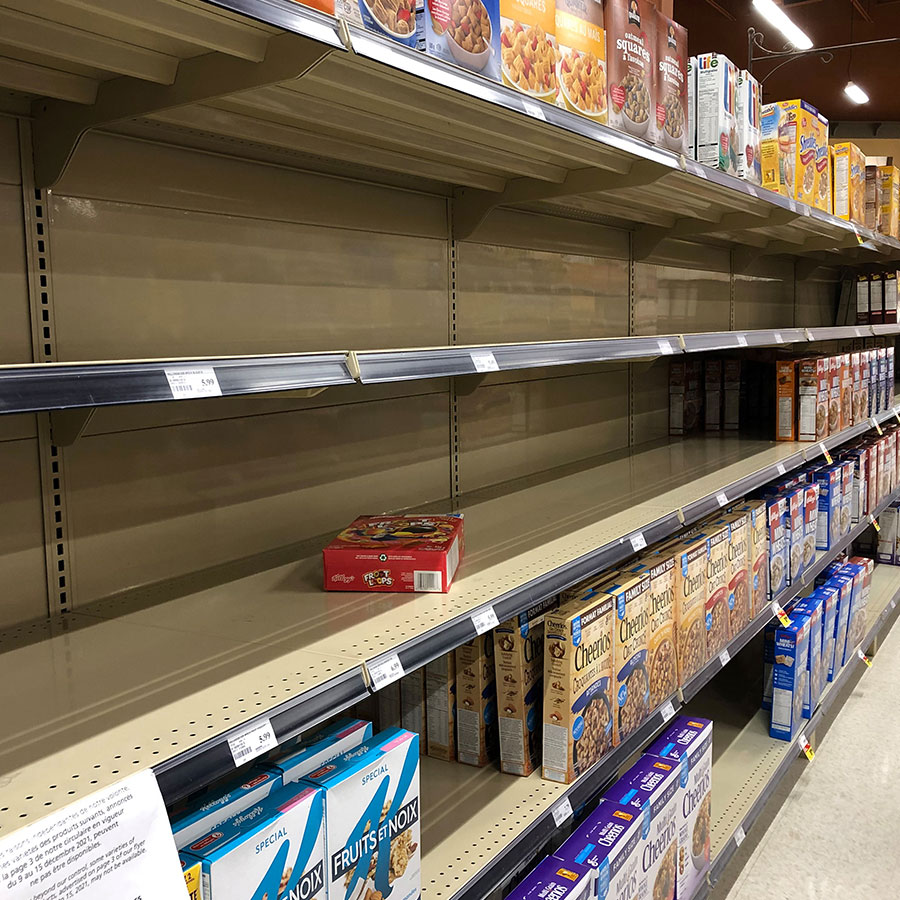 Financial expert Gordon Pape looks at a stock that can act as a hedge against the global food shortage and rising prices resulting from the war in Europe. Photo: Mario Beauregard/The Canadian Press

Food prices were going up months before Vladimir Putin launched his attack on Ukraine. The bitter conflict has dramatically exacerbated the problem, raising prices and fuelling concerns of world food shortages.

Russia and Ukraine are both major exporters of a wide range of basic foods. Prior to the invasion, Reuters reported that Ukraine was expected to account for 12 per cent of global wheat exports, 16 per cent for corn, 18 per cent for barley and 19 per cent for rapeseed. According to S&P Global, in 2021 Ukraine was the second largest supplier of grains for the European Union and a large food supplier for many countries in Asia and Africa.

Russia is also a major exporter of grains, legumes, meat, and dairy products, with the European Union, Turkey, and China as its main customers. According to the country’s Agroexport Center, the export of agricultural products from Russia to mid-October 2021 amounted to $25.2 billion, which was 20 per cent higher than for the same period in 2020. Only two weeks before the Ukraine invasion, Agroexport head Demitry Krasnov was attending a conference in Dubai to promote more agriculture export business with the Middle East.

Now it appears these food exports will be reduced or cut off entirely. Sanctions will impede Russia’s ability to sell its products abroad. Ukraine’s export infrastructure is being destroyed by Russian bombing and artillery while the ability of the country’s farmers to produce crops with the storm of war all around them is highly questionable. And even if they can bring in a harvest, how do they get it to market?

A report released in March by the UN Food and Agriculture Organization (FAO) cites a whole series of risks arising from the conflict. These include production problems, trade impediments, and price inflation.

“The conflict is set to increase humanitarian needs in Ukraine, while deepening those of millions of people that prior to its escalation were already displaced or requiring assistance due to the more than eight-year conflict in the eastern part of the country,” the report says.

“By directly constraining agricultural production, limiting economic activity, and raising prices, the conflict will further undercut the purchasing power of local populations, with consequent increases in food insecurity and malnutrition.”

The report goes on to say that according to FAO simulations, “the global number of undernourished people could increase by 8 to 13 million people in 2022/23, with the most pronounced increases taking place in Asia-Pacific, followed by sub-Saharan Africa, and the Near East and North Africa.”

For anyone who still thinks this is a localized war, the UN report is an eye-opener. Not only are Ukrainians at risk for food shortages but so are millions of people in other countries, who face malnutrition because of the loss of food exports from Ukraine and Russia.

Major international food producers and exporters are looking at the situation closely and trying to adjust where possible. Chicago-based Archer-Daniels-Midland (TSX: ADM), which has operations in Ukraine, issued a press release saying it is committing more than $5 million to the country, including wheat for the Ukrainian flour milling industry. ADM says it will work with Ukrainian farmers to purchase their crops and use its logistical expertise to import and distribute emergency food rations.

ADM stock was recommended in my Internet Wealth Builder newsletter in September 2018 at $49.31 and was trading at $90.70 at the time of writing (figures in U.S. dollars). It’s a company that can help deal with the food shortages created by the war while bolstering its business at the same time.

ADM is one of the largest food-processing companies in the world. The variety of products it produces include flours and grains, beans and pulses, nuts, oils, proteins, starches, and sweetening solutions. The company also makes products used in medical supplements and health foods, including ingredients used for cognitive, heart, digestive, and immune problems. ADM is also a major player in animal nutrition, chemicals, packaging, personal care, and renewable plastics.

Its stock has moved higher as commodity prices have spiked in the wake of Russia’s invasion of Ukraine. The shares are up over 25 per cent so far this year.

The company recently reported its best year ever and the outlook for 2022 looks as good or better.

“Our record results reflect the continued success of our growth strategy and our culture of innovation and execution, which enabled our global team to successfully navigate through supply chain challenges while capitalizing on favorable demand dynamics to deliver an outstanding year,” said CEO Juan Luciano.

“Just as importantly, we’re advancing our productivity and innovation actions to accelerate earnings growth. We’ve positioned our portfolio to align with the enduring trends of food security, health and well-being, and sustainability.”

The company increased its quarterly dividend by 8.1 per cent to $0.40 a share ($1.60 a year) from $0.37 previously. Investors received the higher rate with the March 1 payment. The stock yields 1.9 per cent at the new rate. The company hasn’t missed a dividend in 90 years.

ADM is a company that’s in the right place at the right time. The CEO says the company was experiencing great momentum going into 2022, and the increase in commodity prices works in its favour. The company is looking for earnings per share in the $6-$7 range this year. The New Opportunities in This Inflation-resistant Investment Class