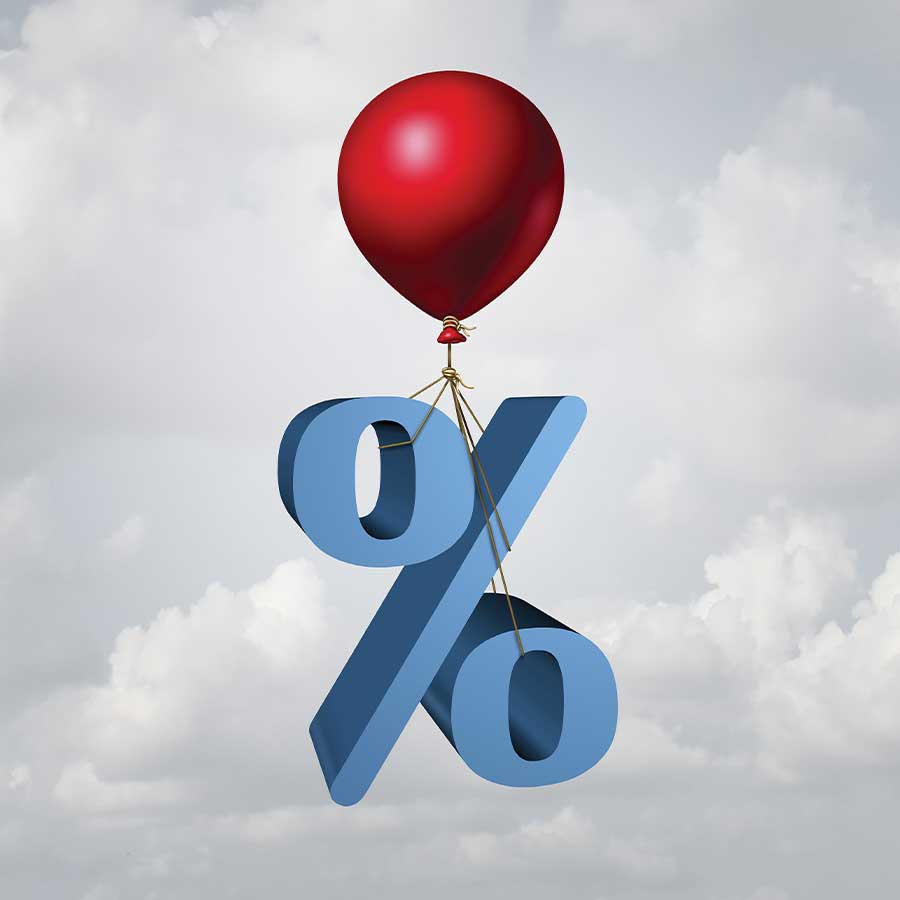 The Bank of Canada announced today that it is raising the overnight lending rate by 50 basis points to one per cent. Photo: wildpixel/Getty Images

In an effort to keep inflation from running out of control, the Bank of Canada announced Wednesday that it is raising the overnight lending rate by 50 basis points to one per cent.

“Inflation is too high and it’s affecting the everyday living of all Canadians,” said Tiff Macklem, the bank’s governor, in a press conference today in Ottawa. “Even the most careful shoppers can’t avoid higher prices.”

“Our job is to control inflation and that’s what we’re focussed on,” said Macklem, noting that raising the policy rates is the key tool the Bank has “to moderate demand, prevent a persistent buildup in domestic price pressures and keep inflation expectations moored on the two per cent target.”

Like most of the world, Canadians are struggling to adjust to paying higher prices on almost everything, from gas, groceries and goods and services. The latest CPI data shows that in February, inflation was running at a “three-decade high” of 5.7 per cent. Prices are expected to remain high for most of the year.

Macklem noted in his opening statement that much of this inflation is due to the war in Ukraine, which has pushed oil, wheat and commodity prices higher and has further hindered supply chains that were already “clogged” by pandemic restrictions.

The Bank had no choice, he said, but to make the move. “Raising the policy rate is the main tool the Bank has to moderate demand, prevent a persistent buildup in domestic price pressures and keep inflation expectations moored on the two per cent target,” said Macklem.

Today’s hike follows up on a March move that saw rates go higher by 0.25 per cent. The Bank expects more rate hikes to follow, at least until inflation is curbed. He suggested that we could see rates to up to two or three per cent.

“Higher interest rates should slow down inflation, which is good for seniors facing rising costs,” says Bill VanGorder, C.A.R.P.’s chief policy officer. That’s important for the many older Canadians who live on fixed incomes — the high cost of living is having a severe impact on their pocketbooks.

Raising rates will, however, mean higher monthly payments for older Canadians who have mortgages or loans to pay off. This “debt vulnerability” problem, however, is offset by the fact that many of us have saved up money during the pandemic, claims Macklem, promising that the Bank will closely “watch how the economy responds to higher rates.”

On the positive side, higher rates mean that those older Canadians who avoid the stock market and put their money in savings accounts, or invest in fixed-income investments like money markets, bonds or GICs, should begin to see higher returns.

Macklem was very bullish on the health or our economy, saying that the labour market is strong, unemployment is low and wages are on the rise, which means that financially “we’ve weathered the Omicron variant of COVID-19 remarkably well.” He predicts that the economy will grow at 4.25 per cent this year before slowing to 3.25 per cent in 2023 and 2.25 per cent in 2024.

Tax-Saving Tips for Seniors: Take Our Expert Refresher Course Before Filling Out Your 2021 Returns