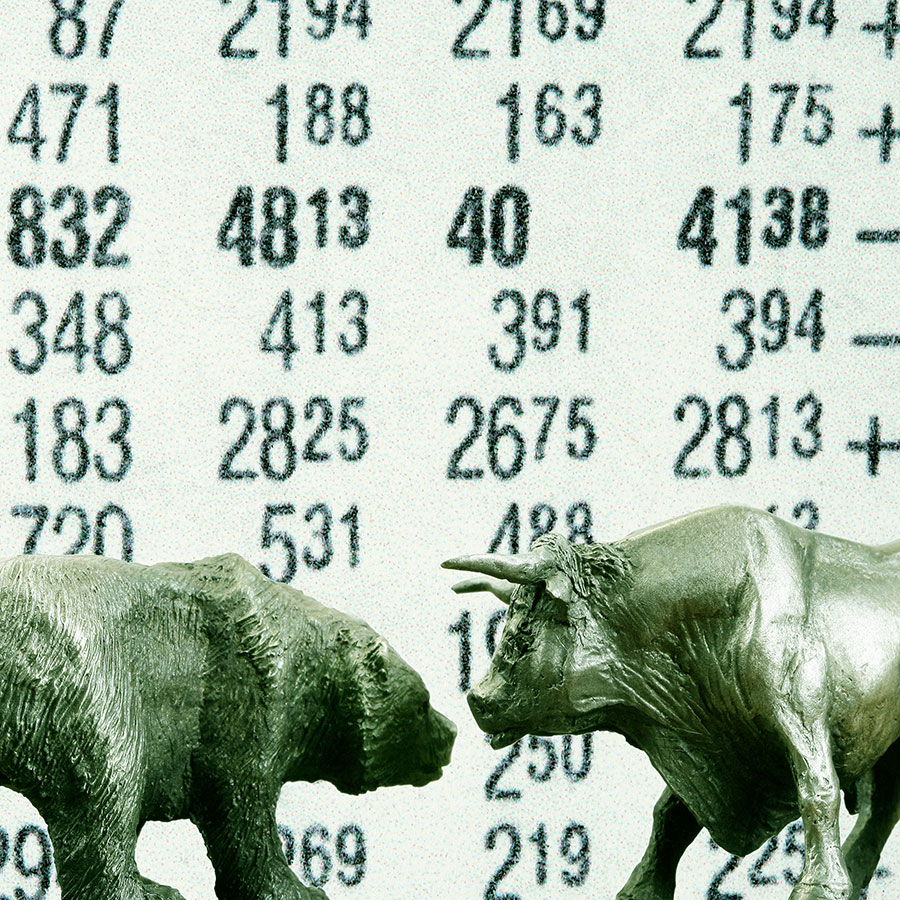 The first big payoff I had as an investor was in 1982, and it was not in the stock market.

It was a very difficult period. We were in the grip of a deep recession but, despite that, inflation was soaring. The Consumer Price Index was up 10.77 per cent year-over-year. Mortgage rates were in the 16 per cent range. Yields on Government of Canada long-term bonds were over 14 per cent.

We had never seen anything like it. People lost their homes because they couldn’t handle the excessive carrying costs. There were worries about how far prices would rise. No one knew what would come next.

The worst-case scenario was a Weimar Republic style hyperinflation, in which paper currency would become worthless. I know that seems absurd today but with prices rising rapidly and interest rates in double-digit territory it wasn’t all that much of a stretch at the time.

But I didn’t believe it would come to that. I felt we’d experience a gradual winding-down of inflation, with interest rates returning to more normal levels over time.

Accordingly, I invested almost everything I had in long-term Canada bonds. With interest rates so high, the price of these bonds was incredibly cheap — remember, the lower a bond’s price, the higher its yield. Prices of pre-existing Canada bonds had to fall a long way to raise the yields to the 14 per cent range.

I held on to those bonds for a few years. During that time, inflation subsided, interest rates fell, and bond prices rose. In the end, I sold for a sizeable capital gain.

That was when my love affair with bonds began. I never realized another gain of that magnitude but over the years bonds and bond funds were always part of my portfolio. They usually provided a respectable return while offering stability when stocks were falling, as in the crashes of 2000-2002 and 2008-2009.

But recently I’ve been selling my bond positions. We’re seeing a repeat of the conditions that prevailed in the run-up to the raging inflation and high interest rates of 1982. Bond total returns have been negative for months and with more interest rate hikes coming, they will almost certainly get worse.

Those rate increases will be steep. Last week, the Bank of Canada raised its overnight rate by half a point, the largest jump in more than two decades. A similar hike is expected  in June, with more increases coming in the second half. Deputy Governor Sharon Kozicki said in a recent speech in California that the Bank will no longer tread lightly in the inflation fight.

“Returning inflation to the two per cent target is our primary focus and unwavering commitment,” she said. “We have taken action and will continue to do so to return inflation to target, and we are prepared to act forcefully.”

“Forcefully.” That’s the key word in case anyone was still in doubt.

So, how high will the Bank have to go? I don’t expect to see a return to the double-digit rates of 1982, but we could see the overnight rate in the 5 per cent range before this cycle is over (it’s 1 per cent now). That would not only squeeze mortgage-holders but would put pressure on our heavily indebted governments. The Bank must tread carefully, but it cannot let inflation keep forging higher.

All this is bad news for bonds and bond funds. A lot of pain has already been inflicted but I believe there is much more to come.

I recently reviewed all the BlackRock iShares Canadian bond ETFs to see if any sector of the bond market was in the black year-to-date. The company offers 40 bond funds in Canada, covering the entire spectrum: government, corporate, convertible, high-yield, floating rate, emerging markets, U.S. issues, and real return. There are short-term bond ETFs, long-term, universal, laddered, and strategic.

Out of these 40 funds, the only two that are in positive territory for 2022 were new short-term funds based on U.S. Treasury Inflation-Protected Securities (TIPS). In both cases, the gains were less than one per cent.

All the other iShares bond ETFs were in the red, with a few in double-digit territory. The worst was the iShares Core Canadian Long Term Bond Index ETF (TSX: XLB), which lost 11.78 per cent between Jan. 1 and March 31. The second worst performer, and this may come as a surprise, is the iShares Canadian Real Return Bond Index ETF (TSX: XRB), which is down 9.36 per cent.

If this were the stock market, we’d call this a crash. The losses aren’t as great as a full-blown equity plunge, but this is the worst bear bond market we’ve seen in many years.

So, what’s the answer? I’m moving much of my fixed income money into one-year GICs. I’ve also made the same move in my model Balanced Portfolio, which was created for my Income Investor newsletter.

Some small institutions like EQ Bank are offering 2.25 per cent on one-year GICs and are covered by deposit insurance. That’s not a lot, and it’s below the inflation rate. But it’s better than standing pat in bond funds and watching your money drain away.

Purists will argue that it’s better to buy bonds directly (not funds) and hold until maturity, when your principal will be fully repaid. That’s fine if you understand the bond market and are prepared to wait. Most retail investors have little knowledge of bond pricing, commissions, and credit assessment. That’s why they use mutual funds or ETFs.

There’s a silver lining to all this. We may be heading towards a scaled-down repeat of the 1982 scenario. A year or two down the road, when inflation is under control, bonds should be selling at deep discounts. That will be the time to buy.