Why Did Amazon Workers Win the Fight to Form a Union in Staten Island But Not in Alberta? 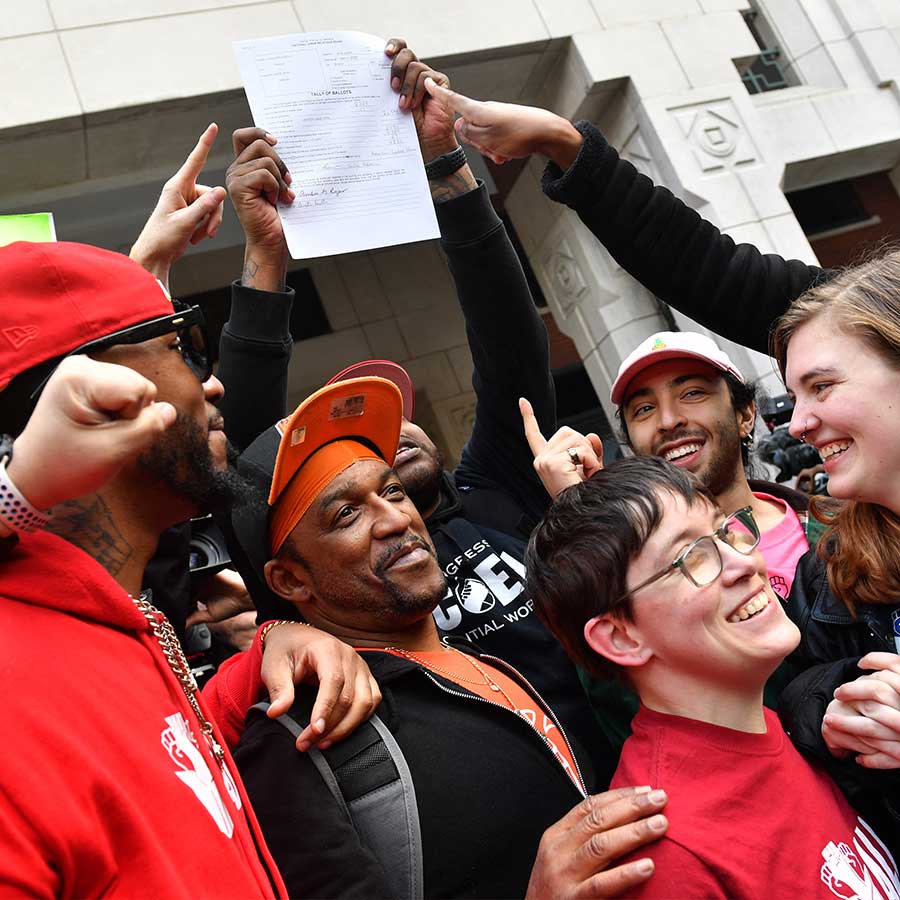 Amazon workers in Staten Island have achieved something the company has been fighting for years to prevent: a union.

The breakthrough at Amazon’s JFK8 facility is being hailed as the “most important labour victory in the United States since the 1930s.” That it was won by the independent Amazon Labor Union (ALU) is all the more significant, in light of the failures of larger and better-resourced unions like the International Brotherhood of Teamsters in Alberta, and the Retail, Wholesale and Department Store Union (RWDSU) in Alabama.

Union organizing drives are context-specific, and the ALU still has significant challenges ahead, including Amazon’s attempts to overturn the result and the difficulty of achieving a first contract.

Nevertheless, the victory in Staten Island and the defeats in Alberta and Alabama provide some key insights into the state of union organizing efforts at Amazon and beyond.

Amazon is designed to have massive worker turnover. A 2021 New York Times investigation found the turnover rate for warehousing and storage employees was 150 per cent. Whether or not this was the original intention, such a high rate of turnover is a major obstacle to organizing.

Amazon workers are required to meet demanding quotas, which are enforced by intrusive digital tracking technology and suffocating managerial oversight. Workers, unable to sustain the pace and strain, are fired or quit.

Amazon workers frequently skip washroom breaks in order to meet their quotas, resorting to urinating in bottles. Despite the flippant denials of Amazon spokespersons, they later had to apologize when leaked internal documents proved they were aware of this issue.

In 2018, internal injury records found that the rate of serious injuries in Amazon fulfilment centres was more than double the national average for the American warehousing industry.

These unsafe working conditions were exacerbated by the pandemic. Crowded workspaces and limited paid sick days have caused outbreaks in warehouses, though the extent is difficult to determine, because, unlike Wal-Mart and various grocery chains, Amazon refuses to release its numbers on worker infections.

When workers try to address these issues, Amazon uses union substitution techniques — such as paying comparatively higher wages — to dissuade workers from unionizing, as well as union suppression to beat back any serious unionization effort.

Amazon retaliates against workers trying to unionize. In a well-known case, an Amazon vice-president resigned in protest against the firing of workers who blew the whistle on the rising COVID-19 infections in warehouses.

Amazon also spends millions on union-avoidance companies who specialize in assessing which workplaces are most vulnerable to union efforts, providing anti-union media — such as posters, videos and websites — and conducting captive audience meetings.

Employers and union-avoidance consultants use captive audience meetings to enforce anti-union talking points. These meetings are usually scheduled during working hours and worker attendance is mandatory. While legal, some labour scholars have questioned whether this type of “forced listening” infringes on workers’ basic rights.

“We Literally Work There”

One of the reasons why Amazon workers in Staten Island were so successful is because they formed an independent, grassroots organization to unionize their particular workplace. Other efforts have been led by already established unions, like the RWDSU in Bessemer, Ala., or the Teamsters in Nisku, Alta.

Union organizing is ultimately about relationships and trust. Organizers from within a workplace don’t have to develop relationships from scratch the same way organizers from outside an organization do. ALU organizers emphasized that they “didn’t come from somewhere else to organize JFK8; we literally work there.”

This stands in stark contrast to the campaigns in Alabama and Alberta. In the latter case, the secretary treasurer of the Teamsters Local 362 acknowledged that “we didn’t have anybody on the inside” in the Nisku facility.

Independent, grassroots unions are able to avoid some of the baggage of more established unions. While the ALU faced specific criticisms by Amazon and its union-avoidance consultants, these largely revolved around the ALU’s upstart status. As Amazon’s anti-ALU website states, “the ALU has no track record that you can use to judge whether their representation would be worth it to you or not.”

The ALU also developed tactics that are much more effective when workers on the inside are organizing. For example, ALU worker-organizers researched Amazon’s union-avoidance consultants by scouring Labor Department reports and warehouse lists of third-party vendors. Then, in one-on-one conversations with their co-workers, they shared their research on how these consultants, whose typical rate is US$3,200 per day, “get rich ‘convincing poor people to stay poor.’”

The stark contrast between what Amazon was willing to pay these consultants and worker salaries persuaded many to support the ALU. These workers also organized their co-workers to fearlessly challenge anti-union talking points at the captive audience meetings, which inspired other, more cautious co-workers to do the same.

Despite the odds, the ALU succeeded where some of North America’s largest and established private sector unions have failed. The ALU has proven that one of the most powerful anti-union companies in North America can be unionized. This doesn’t mean that the already established unions can’t beat Amazon, but as the ALU has made clear, inside workers have to take the lead.

The New Opportunities in This Inflation-resistant Investment Class