Recession Worry? Protect Your Portfolio With These Stocks 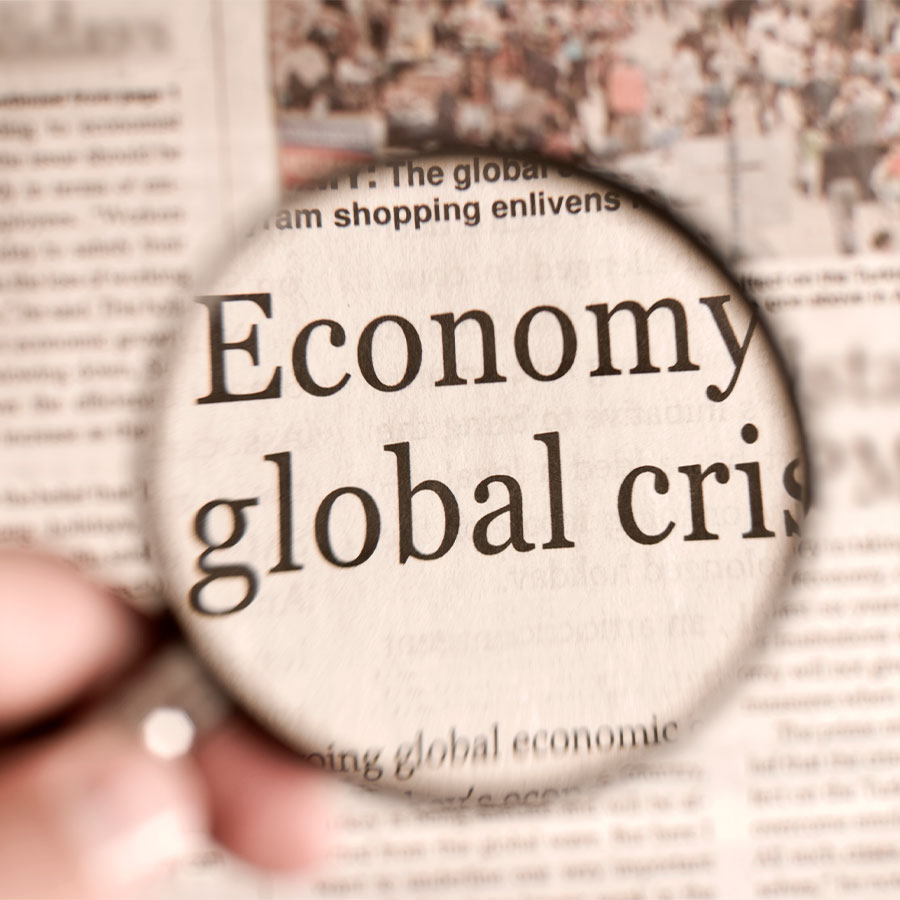 Financial expert Gordon Pape gives us his picks for dividend paying stocks, which he says are the best options for protecting your portfolio against an uncertain future. Photo: fotosipsak/Getty Images

Are we headed towards a recession? Economists are divided but our readers think we are.

An on-line poll we conducted last week found that 57 per cent of respondents said yes, a recession is on the horizon. A total of 16 per cent said we’re already there.

At the other extreme, 21 per cent do not see a recession as likely, while 6 per cent don’t know.

My view is that a recession before year-end is more likely than not. World economic growth is slowing. But don’t take my word for it. Jamie Dimon, the highly respected CEO of JPMorgan Chase, warned last week that an economic hurricane is on the horizon.

“That hurricane is right out there down the road coming our way,” he said at an investor conference. “We don’t know if it’s a minor one or Superstorm Sandy. You better brace yourself.”

Central bank actions to slow economic growth by raising interest rates and withdrawing quantitative easing are a large part of his concern. Rising inflation, the potential escalation of the war in Ukraine, and the possibility of a COVID resurgence add to the worries.

Both the United Nations and the International Monetary Fund have recently downgraded their forecasts for world economic growth in 2022. Neither is forecasting a recession, but the IMF predicts 3.6 per cent growth, well down from 6.1 per cent in 2021 and subject to further revisions as the year progresses.

What do you do in this situation, other than selling everything and sitting in cash? Pursue dividend paying stocks, especially those with a history of regular increases says a prominent Toronto broker, who cannot be identified because of company policy.

“Contrary to frenetic surges in trader speculation, dividend payouts reflect the actual revenues and profits of companies,” he points out.

“Management intends that dividends will be set at a level consistent with long term profitability.”

It’s very rare for companies to cut dividends, except for those in high-volatility sectors like mining and energy.

“Dividends provide a signal of the underlying health of the companies and offset some of the share price volatility,” the broker said.

Here are my choices for the best sectors to find quality dividend stocks right now.

Banks. The banking sector reported second quarter 2022 earnings in May and most raised their dividends for the second time in the past six months, after they had been frozen for almost two years by the Office of the Superintendent of Financial Institutions. The combination of these increases plus share price pullbacks has pushed up yields to attractive levels. Royal Bank (RY-T) now yields 3.9 per cent, TD (TD-T) is at 3.7 per cent, and Bank of Montreal (BMO-T) is at 4 per cent. The top yielders among the Big Five are Scotiabank (BNS-T) at 4.8 per cent and CIBC (CM-T), at 4.7 per cent.

Bank stocks have been in decline this year due to fears that a slowing economy will hurt business. Offsetting that is the steady rise in interest rates, which allows banks to charge more for loans. That increases the net interest margin (NIM), which is the difference between what a bank charges borrowers and the amount it pays to depositors. The higher the NIM, the more profitable the lending business.

At this stage, analysts are divided on whether the current environment will prove to be a net benefit to bank earnings. If it is, expect more dividend increases in the coming months.

Utilities. Electricity and gas suppliers have always been a dependable source of dividend income. Most increase their payouts annually, albeit by a modest amount. Canadian Utilities (CU-T) has raised its dividend for 50 consecutive years, the longest of any publicly traded company. It currently yields 4.4 per cent.

Telecoms. They used to be called “widows and orphans” stocks for their cash flow and dependability. They still offer good yields, with limited downside risk. BCE (BCE-T) offers the best payout, with a quarterly dividend of $0.92 a share (5.3 per cent yield). Telus (T-T). yields 4.3 per cent while Rogers Communications (RCI-T) is at 3.1 per cent.

Pipelines: Perhaps pipeline companies are doomed as the world gradually weans itself off fossil fuels. But perhaps not. Pipelines can transport other liquids or gases if need be. Think water to California, biofuels, even, believe it or not, beer. But all that is in the future. Right now, pipeline companies are running up big profits doing what they have always done – moving oil and gas from wellheads to refineries and processed hydrocarbons to markets.

The best payout from a Canadian pipeline company is the quarterly $0.86 dividend from Enbridge Inc. (ENB-T), which works out to a yield of 5.8 per cent at the current price. TC Energy (TRP-T) pays $0.90 per quarter, to yield 4.9 per cent, while Pembina Pipeline (PPL-T) pays a monthly $0.21 dividend, which translates into a yield of 4.8 per cent.

REITs: Real estate investment trusts are a useful source of cash flow, but they aren’t as dependable as some of the other sectors I’ve mentioned. Some cut their distributions when the pandemic hit, such as Morguard REIT (MRT.UN-T) and H&R REIT (HR. UN-T). Others have kept their payments unchanged for years, such as Northwest Healthcare Properties REIT (NWN.UN-T), True North Commercial REIT (TNT.UN-T), and Dream Industrial REIT (DIR.UN-T).

Then there are a handful with a history of modest but steady increases. They include CT REIT (CRT.UN-T), Granite REIT (GRT.UN-T), and Canadian Apartment Properties REIT (CAR.UN-T).

This is a sector that requires careful research and selection. There are some good choices but it’s easy to get burned.

Outliers: Occasionally you’ll find a dividend stock that doesn’t fit the conventional parameters. An example is Russel Metals (RUS-T). It’s a metals distribution company, which is a highly cyclical business. Over the past five years the shares have traded as low as $13 and as high as $35. But the quarterly dividend never changes. The company pays investors $0.38 a share every three months, no matter how the economy is performing or what’s happening on the bottom line. At the current price, that’s a yield of 4.85 per cent, and it’s as dependable a return as you’ll find.

Let’s give the final word to our broker friend: “In effect, (dividends) are anchors for consistent income for retirees and for total returns for growth investors.”

Stock Market: Reduce Your Risk With This Low-Volatility Fund

Independent Living: How to Plan and Budget for Aging in Place