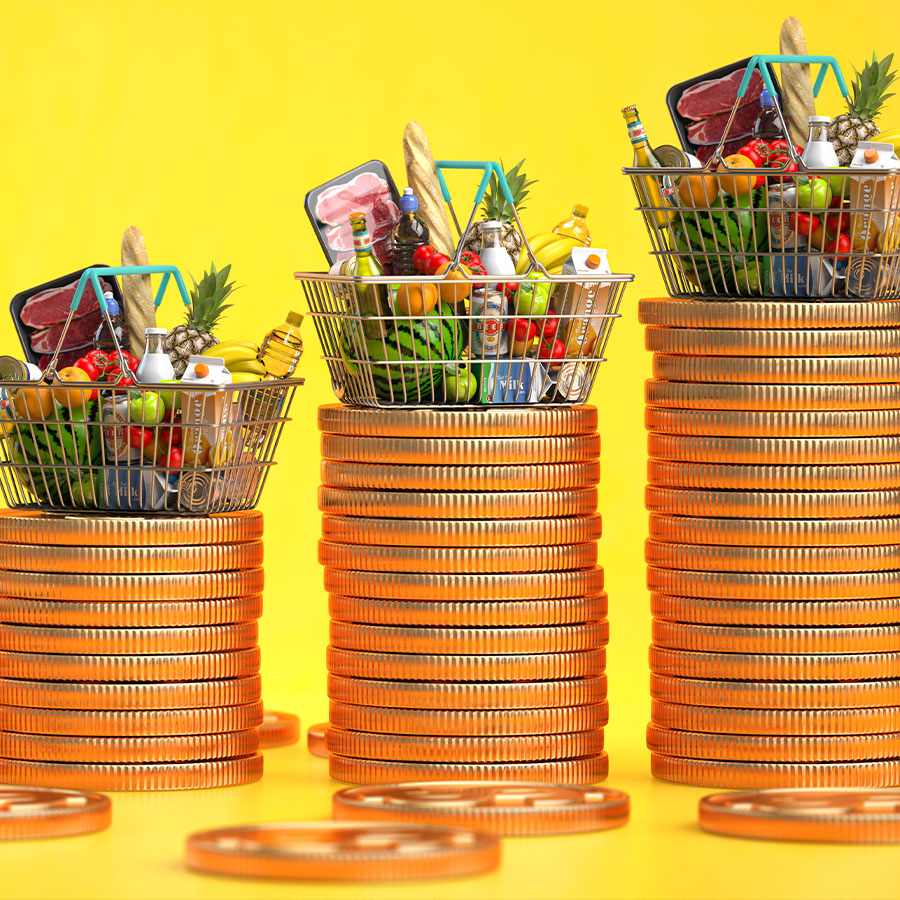 Food and agribusiness billionaires reportedly raised their collective wealth by 42 per cent in the last two years. Photo: Bet_Noire/Getty Images

A recent report by Oxfam International has found that 62 new “food billionaires” were created during the pandemic. The report, released ahead of this year’s World Economic Forum in Davos, Switzerland, highlights the record profits made by industry titans.

Food and agribusiness billionaires reportedly raised their collective wealth by 42 per cent in the past two years, all while global food prices soared by 33.6 per cent in 2021, and are expected to rise by another 23 per cent in 2022.

While inflation is caused by several factors, one of the more pernicious can be traced back to the extreme levels of corporate concentration along the food supply chain.

According to this year’s Canada Food Price report, the average grocery bill increased by a whopping 70 per cent between 2000 and 2020, and median incomes have not kept pace.

In the midst of this, companies have experienced record profits. This indicates that they have the market power to insulate themselves from these shocks by passing the risk along to the consumer.

Canada is home to one of the most concentrated food systems in the world: Cargill and JBS Foods slaughter 95 per cent of Canadian cattle, while Weston Bakeries and Canada Bread account for 80 per cent of the bread market. Loblaws, Sobeys, Metro, Walmart and Costco all hold roughly 80 per cent of grocery market sales.

Consumers are not the only ones suffering the consequences. Retailers have continued to raise food prices, while farmer profits have remained stagnant or declined for decades.

Economies of scale — gains that are realized as a result of increased scale — and government policies aimed at increasing production have resulted in a drastic decline in the number of farms in Canada and the U.S. between the mid-20th century and today.

This shift has led to a concentration in business competition and along supply chains, facilitated by lax government oversight. Companies were also motivated to merge with and acquire others as a strategy to deliver shareholder value.

While many recognize the negative results of our industrialized food systems – high greenhouse gas emissions, biodiversity loss and the promotion of highly processed foods, to name a few – they are often positioned as providing plentiful, affordable food for growing populations.

However, the recent flurry of articles showing that Big Food might be contributing to food price hikes questions the validity of this claim.

A recent New York Times article on “greedflation” explores the connection between corporate concentration more generally and higher prices. Greedflation occurs when large corporations jack up their prices during times of extreme strife — like during a worldwide pandemic.

The article notes that, although corporate concentration has existed for decades without corresponding inflation, the unique set of circumstances borne out of the pandemic has changed things.

Higher food prices, partly as a result of corporate concentration, have furthered the case for supporting more diverse, local food production, processing and markets. With any luck, this mounting evidence will translate to investments in alternative food systems.

During the pandemic, these alternative food systems demonstrated their ability to adapt to crisis in a way that the longer, more distant and concentrated supply chains of industrialized markets could not.

If market concentration facilitates the ability for companies to raise prices for their benefit, it logically follows that smaller-scale, decentralized markets are simply not structured to not enable such tactics. In other words, these smaller markets won’t be able to profit off of crisis the way the industrialized markets have been.

To prevent large corporations from exploiting crises like the pandemic, Ukraine war and climate change for their own benefit, we need our governments to invest in smaller-scale alternatives.

Stock Market: Energy is Booming, But Will it Last?