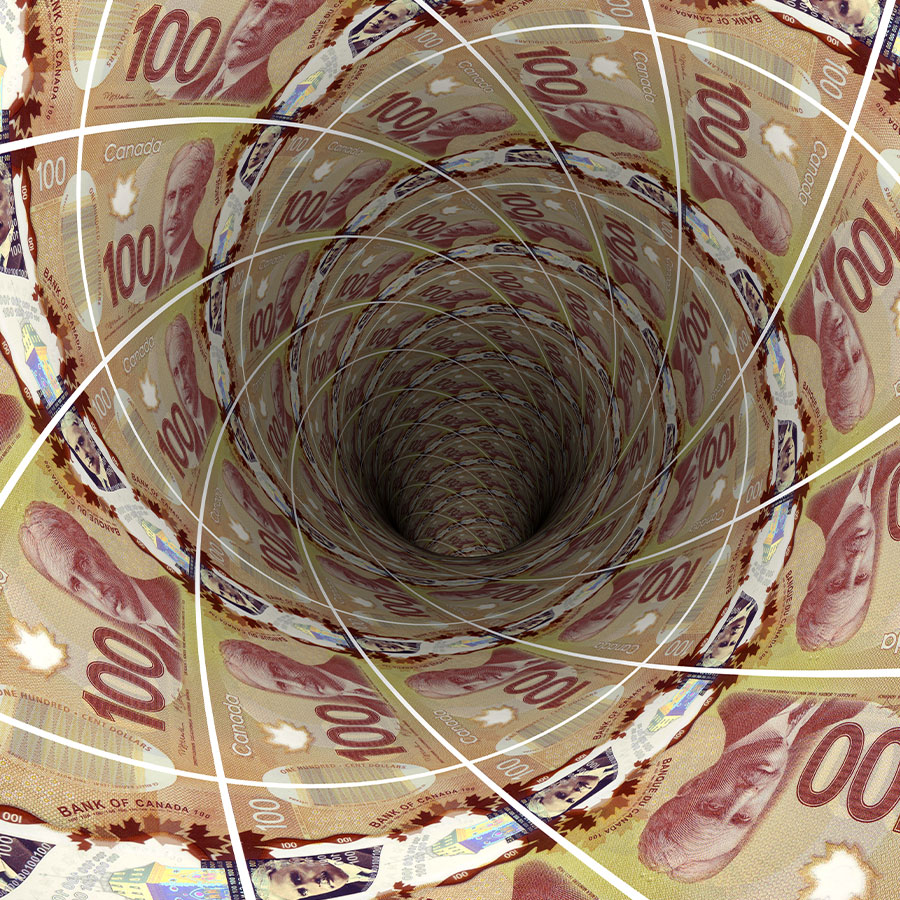 The Bank of Canada did what everyone expected at their September meeting and raised the overnight rate by 0.75 per cent. It now sits at 3.25 per cent, up three full percentage points since the start of the year. That’s the highest level since early 2008.

And it’s not over yet. In the statement accompanying the announcement, the Bank said the Governing Council “still judges that the policy interest rate will need to rise further.” How much further is anyone’s guess.

What’s clear is that the Governors are not impressed by the slight easing of inflation in July because it was narrowly based on gasoline prices.

“Inflation excluding gasoline increased and data indicate a further broadening of price pressures, particularly in services,” the statement said. “The Bank’s core measures of inflation continued to move up, ranging from 5 per cent to 5.5 per cent in July. Surveys suggest that short-term inflation expectations remain high. The longer this continues, the greater the risk that elevated inflation becomes entrenched.”

That’s as clear an indication as we can expect that the target rate will move even higher at the next announcement on Oct. 26.

The latest rate announcement, and the clear indication of more hikes to come, was bad news for bonds, which are already suffering their worst bear market since the early 1980s. As of Sept. 27, the FTSE Canadian Universe Bond Index was down 12.49 per cent year to date. Government bonds fared even worse, losing just under 13 per cent.

It’s also bad news for the housing market, which has seen sales and prices fall since the Bank began raising rates earlier this year. Some economists are suggesting house values could drop 20 per cent before this cycle is over.

Among the few beneficiaries are conservative investors who gravitate to low risk guaranteed investment certificates (GICs). Their rates have been slowly moving higher, but it’s a case of two steps forward, one step back. The expectation was that GIC yields would rise after the latest move by the central bank. They didn’t, at least not across the board. Some five-year rates actually declined.

At the time of writing, the best rate on a one-year GIC was 4.7 per cent from Tangerine Bank, according to ratehub.ca. Two small institutions, Achieva Financial and Steinbach Credit Union, are offering 5 per cent on five-year terms. Most major banks are well below that, but there are some specials popping up. Right now, you can get a Royal Bank five-year GIC paying 4.5 per cent. That’s a full percentage point higher than their normal rate so the offer may not last long.

If you want to look at other options, there are a few fixed income ETFs that are bucking the interest rate trend. One is the iShares 0-5 Years TIPS Bond Index ETF (XSTP-T). This is a new ETF that invests in short-term U.S. Government inflation protected notes. They pay a low rate of return, but both the face value and the interest increase as inflation rises. The fund is ahead 4.22 per cent so far in 2022 (to Sept. 27). That’s not a lot but it’s much better than the double-digit losses most bond funds are recording, plus you can get out of it any time.

Here are the details.

The security: This is a short-term ETF that invests in a portfolio of inflation protected bonds issued by the United States Treasury, which are known as TIPS.

Performance: As of Aug. 31, the fund was showing a one-year rate of return of 3.5 per cent.

Why we like it: Safety. This is about as good as it gets if you’re looking for a bond fund in these inflationary times. You would get a better return from a GIC, but that involves locking in your money for a fixed period. This ETF offers flexibility – you can sell any time.

Key metrics: The fund has only been in existence for slightly over a year (it was launched on July 6, 2021). Assets under management are $52.8 million. The management expense ratio is 0.16 per cent.

Risks: Nothing is risk-free, but this comes close. The bonds it holds are issued by the U.S. Treasury. Nothing is safer than that. The securities in the portfolio mature within five years. The effective duration (a measure of risk) is 2.48 years.

Distribution policy: The fund makes monthly distributions, which can vary significantly. For example, the July payment was $0.408 per unit but that dropped to $0.164 in August. If you need steady income, this isn’t a good choice.

Tax implications: Most of the distributions will be in the form of foreign income, which are fully taxable unless the units are held in a registered plan.

Who it’s for: This fund is best suited for conservative investors who want some short-term inflation protection at minimal risk.

How to buy: The fund trades on the TSX but volume is very light – an average of only 3,567 units per day. So, place a price limit on your offer and be patient.

Summing up: This is one of the few bond funds that is in the black this year.

How to Avoid Investment Fraud, Plus Other Scam-Busting Tips