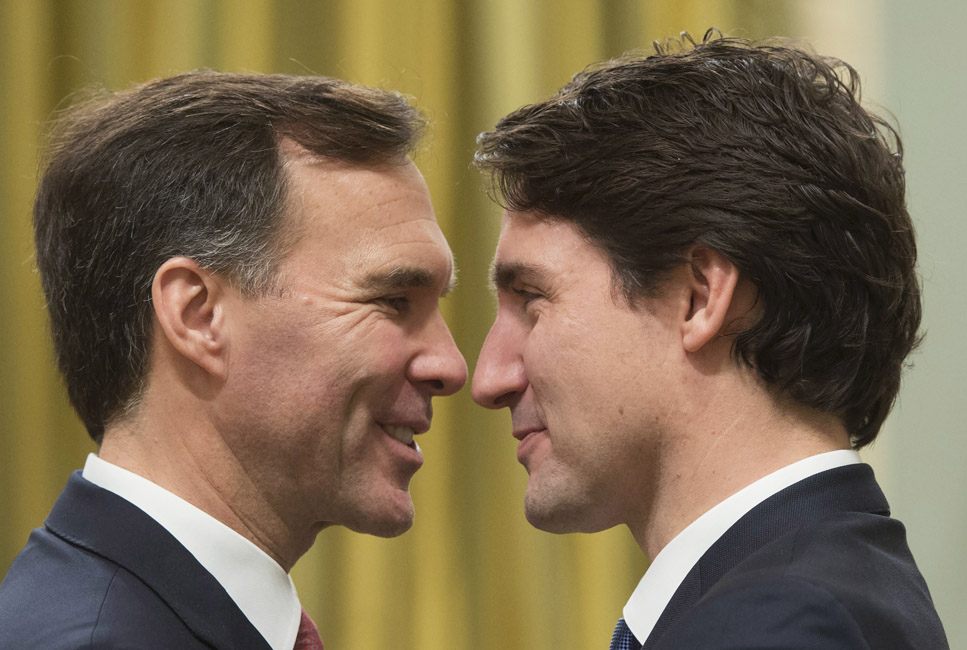 With over a year to go before Canadians go to the polls to vote in the next federal election, no one expected Finance Minister Bill Morneau’s third budget to announce any earth shattering initiatives.

What was surprising was the political slant of the budget – $21.5 billion in new spending over six years, with no mention of controlling deficit, which will balloon to $19.4 billion, well over the $10 billion promised.

The measures found in Morneau’s “Equality + Growth” budget – pay equity legislation, parental leave, billions in spending on Indigenous spending – lean heavily to the left side of the political spectrum, obvious in order to attract NDP voters for next year’s elections. “I would consider this to be very much a left-of-centre budget,” says Craig Alexander, chief economist for the Conference Board of Canada

While there are huge investments in science and technology the bulk of the money spent will go toward promoting women in the workforce and righting past injustices against Canada’s Indigenous people, improving housing and infrastructure. All new spending measures will be undertaken with these two groups in mind.

Opposition leader Andrew Scheer critized the Trudeau government for not attempting to pay down the deficit. “Justin Trudeau said he’d run ‘modest’ deficits for ‘a couple’ of years,” tweeted Scheer. “He’s broken his promise, borrowing billions more than he said he would and raising taxes to pay the bill.”

CARP was very disappointed not  to see some kind of protection for pensioners whose plans go bankrupt, as happened at Sears Canada earlier this year.

“The budget barely acknowledges the 1.3 million corporate pensioners who are or may be at risk,” says Wanda Morris, CARP’s VP of Advocacy. “Instead, the Government promises only to obtain feedback from pensioners, workers, and companies over the coming months.“

Morris was pleased to see the creation of an Advisory Council on the Implementation of National Pharmacare, something CARP has long advocated for. “CARP pledges to closely monitor that situation to make sure that Canadians finally get the pharmacare system they deserve,” said Morris.

Among the glaring omissions was any sort of tax cut for Canadian businesses, which would offset those introduced by President Donald Trump. Morneau said he was aware of the call from business “But what we need to do is make sure we get it right, that we stay competitive. The government argues that they are putting money back in the economy and spurring economic growth,” Morneau argues.

Here is a snapshot of the 2018 federal budget*