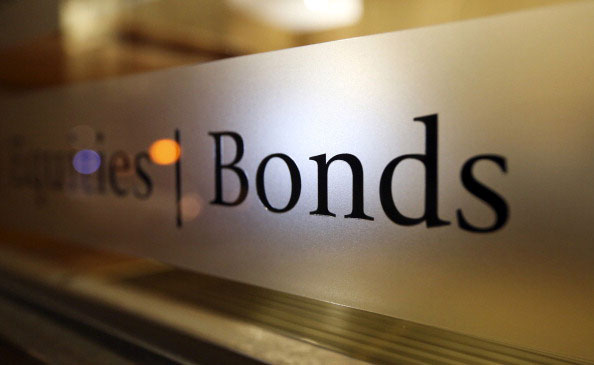 The bond market is no place for amateurs. Unlike the stock market, where prices are immediately available to everyone, shopping for bonds is like searching for a light switch in a pitch black room. You’re groping around in the dark with no one to help.

Bond prices are set on the basis of what the traffic will bear and may vary significantly from one firm to another. The usual advice from financial writers to check around and compare sounds fine in theory but won’t hold up in practice. Try cold calling a brokerage firm’s bond desk for a quote and see how far that gets you if you don’t have an account with them.

This is why most retail investors who hold bonds in their portfolios use mutual funds or ETFs. They’re transparent – prices are readily available – and easy to acquire.

I happen to believe that every well-balanced portfolio should own some bonds at all times. They reduce overall risk and provide a cushion in the event of a stock market meltdown. But with interest rates at near-record lows and warnings about the danger of capital losses in the bond market when rates start to rise (including from me), some people are thinking about selling some or all of their bond funds.

Last week, a reader wrote to me as follows: “I’ve already sold all my iShares DEX All-Government Bond ETF (TSX: XGB) and am considering selling iShares DEX Short Term Bond Fund (TSX: XSB) and iShares DEX Universe Bond Fund (TSX: XBB). They are both declining in value and their one-year total return is kept in the black only by their distributions.

“According to the iShares website, the one year total return for XSB is 1.5 per cent and for XBB is 2.5 per cent. ING gives me 1.35 per cent on a high-interest savings account with very low risk.

“You have warned about the danger of a small increase in interest rates causing a large drop in the value of government bonds, especially of longer duration. XBB is 70 per cent government bonds with only 41 per cent of the fund in 1-5 year durations. Do you think I am being too hasty if I sell all the XSB and XBB?”

It’s an excellent question, one which I suspect a lot of people are asking themselves. It all comes down to whether you prefer to think short or long term.

In the short term, our reader’s rationale makes sense. Interest rates are going to rise and it could happen sooner rather than later if the economy starts to gather momentum. As he points out, XBB is particularly vulnerable in this situation because of its high weighting of government bonds. XSB is less exposed due to the short-term nature of its assets.

Over the longer term, both these ETFs have been solid performers. XBB generated an average annual compound rate of return of 5.6 per cent over the decade to Dec. 31. Its worst year since the launch in November 2000 was a drop of 0.98 per cent in the 12 months ending June 30/06. That’s a very respectable long-term record. Of course, the fund won’t do anywhere near that well in 2013, barring a collapse in the world economy which drives money back into government bonds.

As for XSB, its 10-year average annual compound rate of return is 4.2 per cent and its worst 12-month loss was only 0.52 per cent, also in the year ending June 30/06. Those numbers reflect the short-term nature of the portfolio – less risk, lower return.

The bottom line is that selling one or both as a short-term tactical move makes sense as long as you have a viable alternative and that you understand that you may be adding risk by dumping XSB. And remember, the time will come when you’ll want to get back in which means sales commissions when you sell and again when you buy.

Long-term investors who don’t want to actively trade the fixed-income portion of their portfolio should simply hold on. Bonds act as a stabilizer in an account and if the stock market hits another downdraft, you’ll be glad to own these ETFs.