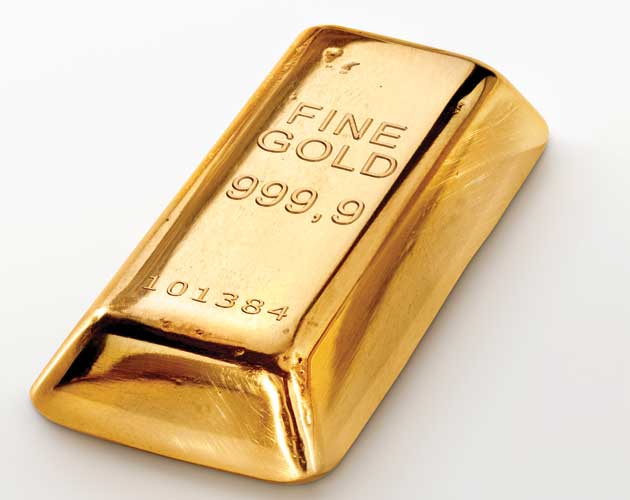 Eric Sprott says gold will rebound to US$1,900 an ounce this year. Well, what did you expect him to say? Sell all your precious metals and go into bonds? No way. He has staked his company’s fortune on gold and silver and he’s sticking to his mantra no matter what. Wait – is that water lapping at the edges of the deck?

Needless to say, the fund has not done well recently. As of the close of trading on April 23, it was down 28.1% year-to-date. Over the five years to March 31, investors lost an average of 9% annually.

Mr. Sprott is unconcerned about what he regards as a temporary setback. However, he is clearly worried that his investors may be somewhat less sanguine about the situation than he is. In an effort to rally the troops, he staged a conference call on April 16, the day after gold plunged by US$140 to insist that the drop represented a huge buying opportunity.

He said he understood that investors were “distressed and upset by the goings-on in the precious metals market”, which he later described as “rigged”. But he said that the world’s economic and financial problems are so serious – he used the word “chaos” – that inevitably people will turn to gold and silver as the only source of true wealth.

Mr. Sprott warned that “leveraged banking systems where you have only five cents protecting a dollar of assets” will eventually break down and that the Cyprus solution of confiscating deposits will spread to other countries – “it’s symptomatic of what’s going to happen going forward”. He named Slovenia, Slovakia, Portugal, and Spain as the next likely dominos to fall. Moreover, he warned that developed countries including Canada, New Zealand, the U.S., and the U.K. are adopting Cyprus-type bail-in solutions because governments cannot afford to rescue troubled banks. “Depositors and shareholders will share the losses,” he predicted.

“The fundamental reason to own gold and silver is that it is risky having paper money and that includes bank deposits,” he told investors, adding it is “readily predictable” that more deposits will be confiscated.

The precious metals market will turn around, he insisted, saying there were signs of strong buying as prices tumbled on Monday. All the evidence is “incredibly bullish” for gold and silver, he said, noting that Chinese purchases have risen substantially in the past year.

“Stay the course,” he urged. “People need courage in a situation like this. These prices are a great buying opportunity.”

There’s no doubt you need a ton of courage if you’ve bet the house on gold and silver as Mr. Sprott has. Hopefully, most investors aren’t in that position. As I’ve said frequently in the past, owning a small amount of gold and silver is a good idea in case the financial apocalypse does occur in our lifetime, but don’t go overboard – 10% of investable assets should be the maximum.

So this could indeed be a buying opportunity for the brave. Gold and the shares in the companies that mine it will rally big-time at some point. But it may take a while and in the meantime we could see them fall even lower.

Baron Rothschild famously said: “Buy when there is blood in the streets, even if the blood is your own.” That’s good advice – but only for those who have money, patience, and guts