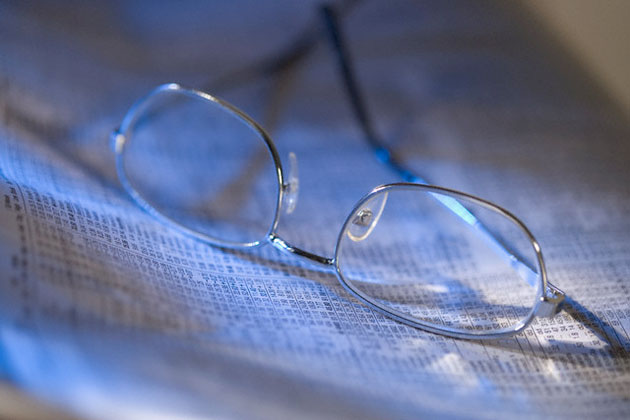 I received an e-mail recently from a Toronto retiree named Jim who wants to hold preferred shares in his portfolio but is nervous about buying specific issues. “I would much rather find a mutual fund that invests primarily, if not exclusively, in preferred shares and track the manager’s success (or lack of same) over time,” he wrote.

“The two that appear to be the most promising, bearing in mind the limited number of funds of this type, are Omega Preferred Equity (under the National Bank umbrella) and Manulife Preferred Income. My question, then, would be twofold: first, do you like preferred shares mutual funds in the broad sense, and second what would be your recommendation, if any, in this area?”

Jim is absolutely correct. There are not many funds that specialize in preferred shares, perhaps because the market is quite small. But there are a few options, both among mutual funds and exchange-traded products (ETPs).

The oldest ETP of this type is the Diversified Preferred Share Trust (TSX: DPS.UN) which is operated by Sentry Investments. It was created in late 2003 as a closed-end fund and generated steady but modest returns until it got hammered in the credit crash, losing 20.5 per cent in 2008. It rebounded by 36.4 per cent in 2009 and is now back in a steady return mode, with an advance of 6.1 per cent in 2012. The quarterly distributions are $0.25 per share ($1 annually), down from $0.30 ($1.20 annually) a couple of years ago. At the recent price of $20.92, the yield is 4.78 per cent. The fund has about $145 million in assets and invests mainly in preferred shares issued by Canadian blue-chip companies. The MER is 0.57 per cent.

Another ETP option worth considering is the iShares S&P/TSX Canadian Preferred Share Index Fund (TSX: CPD) which was trading on Feb. 25 at $17.31. This is a much bigger fund with $1.35 billion in assets, invested in 173 preferred shares, again mostly issued by blue-chip companies. It pays monthly distributions of $0.063 per unit ($0.756 a year) to yield 4.37 per cent. That’s a little lower than DPS but, as with all preferred share distributions, the payments are tax-advantaged if the shares are held outside a registered plan.

As for the mutual funds our reader mentions, Omega Preferred Equity Fund has turned in respectable results since being battered in the market crash when it fell 20 per cent over the 12 months ending Nov. 30/08. It generated a total return of 5.33 per cent in the year ending Dec. 31 compared to 4.57 per cent for the iShares ETF. The three-year average annual compound rate of return was 6.6 per cent (the iShares fund was 5.6 per cent). So this fund looks like a better choice despite the much higher MER (1.4 per cent vs. 0.5 per cent). One negative is the fact the quarterly distributions vary somewhat so you can’t be sure of exactly how much cash flow you’ll receive. The trailing 12-month payout to the end of December was $0.4027 per unit which translated into a yield of 3.84 per cent in 2012.

There are a couple of other mutual funds worth looking at. The BMO Guardian Monthly Dividend Fund has a policy of investing at least 50 per cent of its assets in preferred shares in order to reduce volatility and provide steady cash flow. Currently, preferred share holdings represent 61 per cent of the assets. The rest of the portfolio is in dividend-paying Canadian blue-chip stocks. This fund has a better performance record that either the Omega or Manulife entries with a one-year gain of 6.48 per cent to Jan. 31 (Classic units). The three-year average annual compound rate of return to that point was 7.42 per cent. Monthly distributions are $0.035 per unit ($0.42 a year) which projects to a yield of 3.77 per cent based on an NAV of $11.15. If you want a higher yield, choose the Mutual Fund units which were recently valued at $9.55 to yield 4.4 per cent. However, these units have a higher MER at 2.12 per cent which will erode the net asset value over time.

Another mutual fund with a high preferred weighting is the CI Signature Dividend Fund. This one is different from the BMO Guardian entry in that it has a significant international component – almost 40 per cent of the assets are invested in U.S. and foreign stocks. This fund turned in the best performance in 2012 of all the ones we have looked at with a gain of 9.58 per ent. However, its three-year average annual compound rate of return of 3.87 per cent for last year was well behind the others, indicating that there’s more volatility here. Distributions are a predictable $0.04 a month ($0.48 a year) to yield 3.73 per cent on the recent NAV of $12.88. The MER is 1.88 per cent.

The bottom line is that you have to decide on what your priorities are. For cash flow, the DPS closed-end fund and the Manulife Preferred Equity Fund offer the highest yields. For total return the Signature fund is best on a one-year basis but the BMO Guardian fund (Classic units) is a clear winner over three and five years. If it comes down to a choice between those two, decide whether you want the foreign exposure that the Signature fund offers or prefer to stay in Canada.