When It Comes to Investments, Think Growth 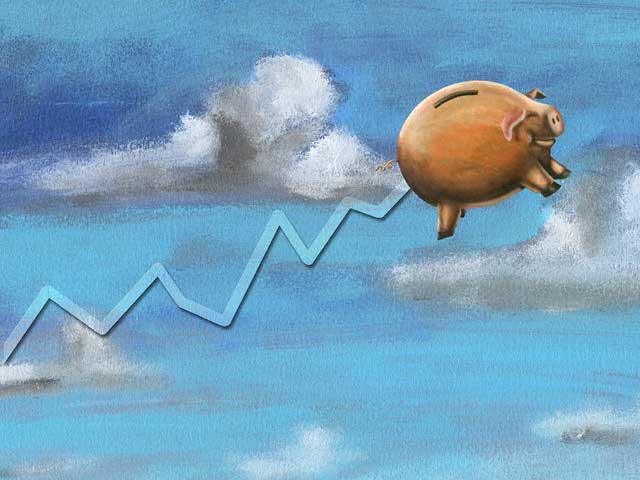 The defensive approach to investing, which worked so well for more than four years is passé. If you want to make money now, you need to look for growth securities.

Nothing is forever when it comes to investing. Times change and we have to change with them or risk being left behind.

We are at one of those turning points right now. Over the past few months, it has become clear that the defensive approach which has worked so well since the stock market collapse of 2008-09 has run its course. Growth is once again in the ascendancy and we have to adjust our portfolios to take advantage of it.

The demise of defensiveness came last May with the sudden spike in rates that roiled the bond market and hit interest-sensitive securities such as REITs, preferred shares, and some dividend stocks such as utilities. The move back to growth gained momentum over the summer and now appears to be firmly entrenched.

For evidence, just look at the performance of the Nasdaq Composite Index, which is the bellwether for U.S. growth securities. As of the close of trading on Sept. 30, it was ahead 24.9% year-to-date. That was the second-best performance among the world’s major exchanges, with only the Tokyo Nikkei doing better.

Internet stocks have been especially strong. YELP (NDQ: YELP) has gained more than 60% in just two months. Zillow (NDQ: Z) is up more than 200% since the start of the year. TripAdvisor (NDQ: TRIP) is ahead 72%. Even giants like Google (NDQ: GOOG) are gaining ground, up 21% year-to-date.

One fund that has been a favourite of mine for some time and which is a good fit for the current conditions is Fidelity Canadian Growth Company Fund (FID265).

The Canadian market has been a laggard in the past couple of years but you’d never know it from the performance of this fund. The B units gained 38.5% in the year ending Aug. 31, a terrific result by any standard. By comparison, the S&P/TSX Total Return Index was up 9.7% in the same period while the category average for Canadian-focussed equity funds was 15.3%.

As the fund name suggests, manager Mark Schmehl focuses on growth stocks with an emphasis on mid- to large-cap companies. It seems hard to believe that he was able to generate such a high return in the past year with names like Royal Bank, TD Bank, Manulife, and Loblaw heading the top ten list but the numbers are there for all to see. The main reason for the outstanding results is that although this is a Canadian-focused fund, it has a large foreign component, mainly of U.S. stocks such as Starbucks, Citigroup, and Facebook, which has recently taken a big jump.

What makes this fund even more attractive is that the risk level is slightly better than average for the peer group. So you’re investing in a fund with a proven record of above-average returns at reasonable risk. The MER is 2.29% and the minimum investment is $500. The front-end B units (code FID265), which I recommend, are currently priced at $41.83.

Whether you decide to use mutual funds or individual growth stocks is up to you. But one way or another, growth needs to be a significant part of your portfolio at this moment in time. Talk to your financial adviser about suitable securities.