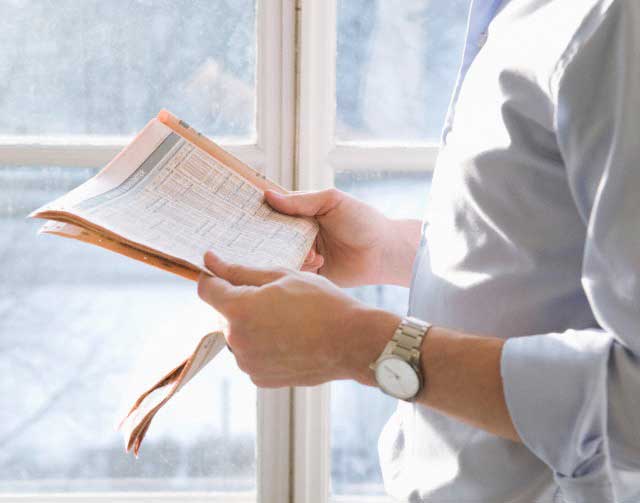 It requires commitment and patience. The payoff may be better returns at a lower cost.

How do you select a winning mutual fund? It’s not easy. Perhaps that’s why so many people are now opting for portfolio funds which come in a neatly-wrapped package – and which, incidentally, pay the highest trailer fees to your adviser.

If you are willing to devote the time to do some in-depth research, I think you can find better (and cheaper) funds on your own. But it takes commitment and patience and be prepared for some frustration. Sometimes funds which have been dependable performers seem to lose their way. That’s just a hazard of the business.

The best we can do to improve the chances of making the right choices is to use a carefully thought out, disciplined approach to fund selection. That doesn’t guarantee success, of course, but it greatly improves the odds.

Here’s how I go about it – perhaps there are some ideas here you might want to incorporate into your own selection process.

Consistency. Stock markets hate uncertainty. I feel the same way about mutual funds. I don’t like surprises. I want funds that I can count on to deliver above-average results, year after year.

So the first thing I look at is a fund’s annual quartile ranking. How has it performed in relation to its peer group over an extended period of time? All funds will have off years and sometimes they will be money losers, as we saw with equity funds in 2008. But managers who can outperform their peer group even in difficult times deserve special attention.

A perfect score is one – that would mean the fund finished in the top quartile in every year under review. Four is the lowest score, indicating a fourth quartile position in each year. Any fund with an AQR of 2.00 or higher has consistently been in the top half of its category.

Trend pattern. A low AQR doesn’t automatically eliminate a fund from consideration if the trend line is steadily improving. I’ve seen cases where a fund was a weak performer a few years ago but has steadily moved up in the rankings, perhaps because of a managerial change, and is now in the top quartile for its type.

One example is the Cambridge Canadian Equity Corporate Class, which is distributed through the CI organization. It was a third quartile fund in 2009, moved up to second quartile in 2010, and has been first quartile ever since.

RELATED POST: When It Comes to Investments, Think Growth

Risk. The weighting you give to risk will obviously depend on how risk averse you are. But risk has to factor in to the investment decision to some degree in all cases.

Obviously, certain types of funds are riskier than others. A small-cap fund will carry more risk than one that focuses on S&P 500 stocks. An emerging markets fund will be more volatile than a global equity fund that concentrates its assets in developed countries.

If you want to use more sophisticated risk measurement tools, you’ll find a collection of them on The Fund Library website. We also include risk/reward analyses on our Building Wealth on-line Buyer’s Guide to Funds. It is available by subscription at www.buildingwealth.ca.

Management history. A fund may have a great track record but if the manager changed last year, you have to consider whether the new person in charge is going to be able to keep up the same pace. A lot will depend on the depth of the organization. Companies like Fidelity and Franklin Templeton have a good record of handling managerial changes. The problem becomes more significant in smaller companies where a star manager leaves and in organizations that switch outside managers.

Generally, I prefer to use a wait-and-see approach when there’s a managerial change. If I already own the fund, I won’t sell immediately but neither will I make any new purchases until I have had an opportunity to see how the new manager performs.

Cost. My primary concern here is the management expense ratio (MER) of a fund in relation to its peers. Clearly, the higher the MER, the less money is left at the end of the day. However, you have to keep things in perspective. If a fund is delivering consistently outstanding returns, I’m not going to worry about the fact it has a high MER. Where it becomes a problem is if a fund underperforms – no one wants to pay excessive costs for a fund that isn’t delivering.

One example of a high MER fund that is worth the expense is the Franklin Bissett Microcap Fund. Its MER is a stratospheric 3.8 per cent (A units). But its 10-year average annual compound rate of return to Sept. 30 was a sparkling 13.6 per cent, after expenses were deducted. That’s worth paying up for!

Economic conditions. Fund investing is supposed to be for the long term. But no one wants to suffer a big loss within months of making investment – a loss which could take several years to earn back. That’s why I always consider what’s happening in the world before recommending a fund to my readers.

Back in June 2008, when the TSX hit its all-time record high, I advised against buying stocks and equity funds because I felt the market was topping out. I didn’t anticipate the crash would be as bad as it turned out, but the call was certainly on target.

Now I’m bearish on fixed-income funds because I believe we are going to see interest rates continue to rise in the next couple of years. Equity funds appear to offer the best opportunities right now so start your search there.