A Stock Market Correction – But When? 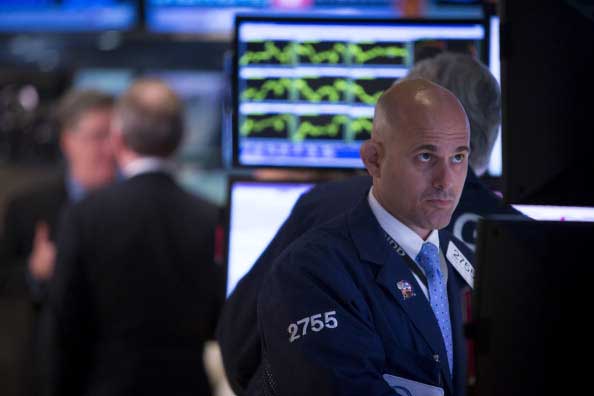 With the S&P and the Dow in record territory, everyone is waiting for the shoe to drop. But when will that happen? Gordon Pape offers his view.

The other night, I joined a group of friends for a glass of wine and a taco buffet at our golf club. During the course of the evening I must have been asked five times: “When is the correction coming?” All I could answer was: “I wish I knew”.

There’s going to be one, that’s certain. But it may not happen until the New Year. That’s when two events could rattle the markets: an indication from the Federal Reserve Board that it will start scaling back its quantitative easing (QE) program plus a renewed confrontation in Congress over the debt ceiling.

The bull market that we’ve been experiencing is unusual in several ways. It doesn’t seem to be following any of the conventional rules, which is what makes predicting the timing of a correction even more difficult.

RELATED POST: The Stock Market: What Could Go Right?

European markets have also been strong and the Nikkei 225 is up an astonishing 48% year-to-date. So the rally hasn’t been confined to New York; it’s a global event.

What’s more, when you look at the charts for the year, they go almost straight up. Yes, there are a few blips here and there but on the whole it’s been a pretty steady climb. October, which is often a rough month for markets, was uncharacteristically benign and the upward surge has continued through November. Now we’re coming up to the traditional time for the Santa Claus rally – except that this year there is nothing to rally back from. It’s all been good.

Some of the statistics are interesting. Since the Great Depression, the average length of bull markets has been 57 months. If you date this one back to March 2009, we’ve had a 56 month run, so by that standard the market should be close to exhaustion. But it’s not looking that way and some bull markets have gone on much longer. The Internet-fuelled rally of the 1990s lasted 113 months before it hit a wall in early 2000. So the precedent for a much longer run is there.

There is an active debate among market watchers as to whether we are experiencing a stock bubble that will soon burst. That’s typical when markets move into uncharted territory as both the Dow and the S&P 500 have done.

On a price to projected earnings basis, the S&P 500 appears to be fairly valued – not cheap by any means, but not outrageously expensive either. But as the Associated Press pointed out last week, the adjusted p/e ratio based on a formula developed by Nobel Prize winner Robert Shiller indicates that stocks are trading well above historical averages and are due for a correction.

That brings us back to the original question – when? It could happen any time – one significant piece of bad news could trigger a sell-off. But absent that, my guess is that we won’t experience a major pull back of 10% or more until January. I think it will be sparked by an indication from the Federal Reserve Board that quantitative easing will finally begin to wind down. That will be good news for the economy but bad news for investors who have been relying on QE to keep interest rates low and fuel the stock market.

So what should you do now? Here are some suggestions.

Take some profits. Many stocks have recorded good gains this year. This would be a good time to take a close look at your personal situation and your tax position. Crystallizing profits outside a registered plan will trigger a taxable capital gain so take that into account in your planning. It may be appropriate to sell a losing position at the same time to partially offset the taxable gain.

Add new positions gradually. I believe markets will rise in 2014 after the correction. However, in most cases (e.g. the U.S., Japan, and Europe)
I don’t expect the advances to match those of this year. Therefore it is advisable to take a measured approach in your purchases. If you decide you want to own a particular stock, allocate the amount of money you are prepared to invest. Spend one-quarter to one-third of that now and then wait for a pullback. At that time, commit another portion of your capital. If the markets retreat even further, you may be able to acquire the rest at a bargain-basement price.

Hold some cash in reserve. If you decide to take some profits in the next few weeks, hold some of the cash in reserve. The markets will correct at some point – they always have. If you have money available, you’ll be able to buy some quality stocks at attractive prices.

Don’t panic. Some investors will inevitably hit the panic button when the market drops. Don’t be one of them. There is nothing to suggest that 2014 will bring us a repeat of 2008. Yes, there are still problems in the global economy, which the OECD again highlighted in a new report this month. In it, the OECD warned that uncertainty over U.S. fiscal and monetary policy poses a risk to the recovery and cut its growth projections for the Eurozone while warning that the risk of deflation has increased.

So we are not out of the woods yet by any means, which in itself is a good reason for stock markets to pull back from their current lofty positions. But the chances of a new recession appear very low. The coming year may bring slower growth than originally expected, but it will bring some growth with the promise of more to come. That’s why the markets will rally back after we hit the speed bump, and why you want to be there when they do.

Gordon Pape’s new book is titled RRSPs: The Ultimate Wealth Builder. It will be published by Penguin Canada in January but you can pre-order your copy now at a 28% discount to the suggested retail price.  For information on a three-month trial subscription to Gordon Pape’s Income Investor newsletter go here.