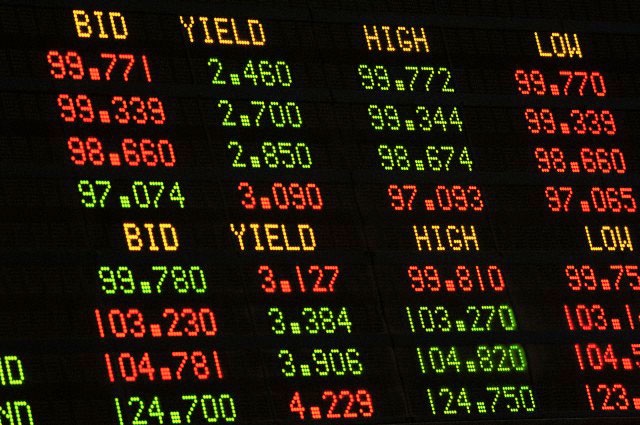 The Canadian market was one of the world’s worst performers last year. But there are still winners to be found. Gordon Pape has some suggestions for the year ahead.

Let’s face it – 2013 was not a good year for Canadian investors. While the major U.S. indexes were scoring gains of 25% and more, our own TSX was ahead by less than 9% at the time of writing. That means if you want to keep your money at home, you have to be very selective in your stock picks.

To help you along, here are some Canadian stocks I think will do well in 2014. These may not be the top performers over the year but all are companies I believe will outperform the market and are suitable for most portfolios.

CN Rail (TSX: CNR, NYSE: CNI).  This is Canada’s top entry in the transportation category. The company operates in both Canada and the States, with a large percentage of its track running through the American Midwest to the Gulf Coast.

CN is the most cost-efficient railroad on the continent – in fact, no one else is even close to its 59.8% operating ratio. The company’s earnings are steadily growing – third-quarter profit was $705 million ($1.67 a share, fully diluted), up from $664 million ($1.52 per share) in the same period last year.

The shares effectively split two for one recently. Since we originally recommended the stock in my Internet Wealth Builder newsletter back in 2002 at a split-adjusted price of $12.98, we have enjoyed a capital gain of 350% plus steadily increasing dividends.

The company continues to benefit from increased oil by rail transportation as the pipeline squeeze has forced producers to look for alternative ways to move product to market. This trend is expected to continue, despite the Lac Megantic disaster (which was not a CN train) and some other highly-publicized derailments.

Alimentation Couche-Tard (TSX: ATD.B). This convenience store operator has grown from a small Quebec-based company to an international powerhouse with operations in Canada, the U.S., and now Europe. The company’s second-quarter 2014 earnings of $1.32 a share easily beat analysts’ expectations and helped prompt the directors to approve a surprise increase in the dividend.

Linamar Corp. (TSX: LNR). The automobile industry is doing very well these days and this auto parts manufacturer is among the companies that are benefitting. The stock, which we recommended in July 2012 at $19.72, has more than doubled in the year and a half since but we believe it still has more upside potential.

The company is not as well known as competitor Magna but it is highly successful and employs 17,600 people in North America, Europe, and Asia. It has 40 manufacturing locations, five research and development centres, and 15 sales offices in 12 countries.

This is a relatively small company, with a market cap of only $2.8 billion. The shares are reasonably priced with a trailing 12-month p/e ratio of 14.5 and a forward p/e of 12.2. The stock pays a small annual dividend of $0.32.

A word of warning: the auto industry is highly cyclical. It is in a boom phase right now, which is why Linamar and similar companies are doing well. But this is not a buy-and-hold-forever stock. It should continue to perform well in 2014 but be ready to cash in if the economy starts to falter.

Stella-Jones Inc. (TSX: SJ). This railway equipment manufacturer was an instant success story from the moment it was recommended in our newsletter by contributing editor Tom Slee in April 2012 at $42.20. It soared to over $100 a share, then recently split four-for-one, giving us a split-adjusted purchase price of $10.55. The stock was trading on Dec. 27 at $27.75.

This little-known company is benefitting from the health of North America’s burgeoning railway industry, and it’s growing. Recently, it announced the acquisition of substantially all of the operating assets employed in the businesses of Arizona Pacific Wood Preserving, Inc., Nevada Wood Preserving, Inc., and Pacific Wood Preserving of Oregon, Inc. conducted at their wood treating plants in Oregon, Nevada, and Arizona and their wood concentration yard in Texas. These businesses consist of the manufacture of treated wood utility poles and railway ties, along with a variety of lumber related products. Sales for the fiscal year ended Oct. 31 were approximately US$60.3 million.

Like Linamar, this is a small company with a market cap of about $2 billion. But it is highly successful and should move higher this year, although don’t expect to see growth at the same rate we’ve enjoyed in 2013.

Ask a financial adviser if any of these securities are suitable for your portfolio before buying.