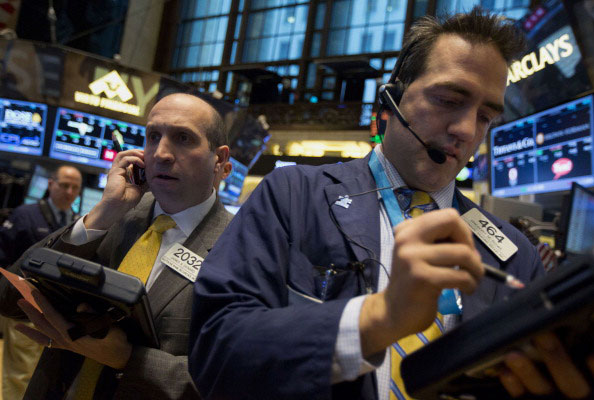 The stock markets have begun 2014 on a sour note but don’t despair – there are brighter days ahead.

It hasn’t been a great start to 2014 for stock market investors. As of the close of trading on Friday, almost all the major world markets were in the red year-to-date. There was just one lone, rather surprising, exception – Canada, where the S&P/TSX Composite Index is showing a small gain of 0.5% according to the GlobeInvestorGold website.

Overseas, Tokyo’s Nikkei Index, which led all developed markets by a huge margin last year, was down 8.5% in January. Brazil is off 7.5%, Hong Kong has lost 5.2%, and the major European markets have all slipped.

So what happened to the fabled January Effect, which is supposed to produce an increase in stock prices over the month? Obviously, it didn’t happen this year, which normally might suggest that 2014 is going to be a grim one for the markets.

I don’t think that will be the case, however. We’ve experienced a modest decline in the markets so far and I expect a further drop this winter – we still have not had that 10% correction that I wrote about in mid-January.

But after that, I think we’ll see markets rally and gradually move higher. My view was reinforced last week as I listened to Dawn Desjardins, assistant chief economist at RBC, deliver her quarterly economic forecast.

I’ve sat in on several of these in recent years and this was by far the most optimistic forecast yet. Unless RBC is completely off the mark (which rarely happens) we’re heading into a period of expanding world growth, led by the U.S. which has finally emerged from the long shadow of the Great Recession and is again flexing its economic muscles.

“We’ve finally turned the corner,” Ms. Desjardins said. “We expect growth rates to accelerate this year and next. The advanced economies are going to be the pushers.”

However, she noted that despite the growth there is still a lot of slack in the global economy, which is why inflation remains muted. It will gradually pick up, she suggested, but not at rate that will alarm the central banks. RBC does not expect the Bank of Canada to raise its target overnight rate until mid-2015 while the Federal Reserve Board is likely to hold the line until late that year.

All the signs from the U.S. are positive. RBC predicts the final 2013 GDP growth rate in the U.S. will be 1.9%. That will rise to 2.9% this year and 3.1% in 2015. The U.S. housing sector is expected to continue to gain momentum and household balance sheets in that country are in much better shape, with American consumers having trimmed $1 trillion in debt. Meanwhile, U.S. unemployment continues to fall, with RBC predicting that it will reach the Fed’s target level of 6.5% by mid-2015.

As for Canada, the outlook isn’t quite as bright but it’s not bad either, with no major downsides on the horizon. Housing price increases are expected to slow as new supplies of condos hit the market, but Ms. Desjardins doesn’t expect anything significant. Business investment should grow, especially in the export sector, which has been operating at a sub-par level for several years. Exporters will be helped by the 10% devaluation of the loonie (which Ms. Desjardins describes as “an overshoot”). That in turn will give a boost to the moribund Ontario economy, which is expected to grow by 2.6% in 2014 and 2.9% in 2015, after an anaemic 1.3% in 2013.

And where will the loonie settle? RBC predicts it will be at US$0.92 at the end of 2014 but will fall to US$0.87 in 2015. “The drop is related to strength in the U.S. economy, not because of a bad news outlook for Canada,” Ms. Desjardins said. She added that she expects the loonie to rally back against the euro over the next year.

Overall, she said the picture looks good. “Some of the economies that were significantly hurt are going to turn the corner. The important thing is we’re out of the recession and we think that will continue.”

If this plays out as predicted, stock markets will inevitably respond but we’ll first have to get through a period of correction and consolidation. By mid-year, however, the bull should be back.