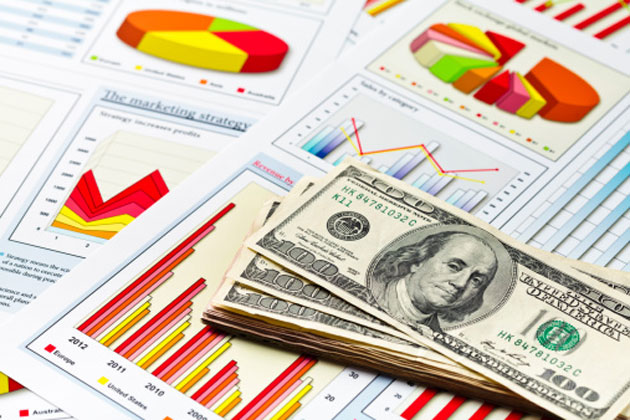 After I published the latest results of the Internet Wealth Builder’s (IWB) Mini-Portfolio recently, I received this note from a reader:

“Congratulations on the performance results of your conservative mini-portfolio! Now, what might you suggest for a similar portfolio, all in U.S. dollars?” – Gretchen C.

It’s a valid question. Many people hold some assets in U.S. currency and would prefer to keep the money there, given the current weakness of the loonie. But they don’t want to assume a lot of risk, so what should they do?

Remember that the primary goal of our Canadian mini-portfolio is to outperform the return on guaranteed investment certificates (GICs) with minimal risk. For a U.S. portfolio, the benchmark would be that country’s equivalent of GICs, which are called certificates of deposit (CDs). According to Bankrate.com, the range of returns on five-year CDs is very wide, from 0.6% to 2.15%. The national average is 0.8% and the average for companies covered by the website is 1.32%. These returns are significantly lower than GIC rates in Canada. Right now, Royal Bank is paying 2.2% on five-year non-redeemable GICs.

The low U.S. rates give investors even more incentive to find alternatives. Plus, they set a very low benchmark for us to beat. We’ll use the average rate on the Bankrate.com website of 1.32% as our target for our IWB U.S. Mini-Portfolio.

As with the Canadian version, we will invest approximately $5,000 in each of three securities. Commissions will not be factored in as these vary widely depending on which broker you use. The risk in this portfolio is somewhat higher than putting the money in a CD but the return potential is far greater.

Here are the securities I have selected. Prices are as of mid-day on Feb. 20. All figures are in U.S. dollars.

AT&T (NYSE: T). Some readers have complained that this telecommunications giant has not performed very well for us since it was recommended in the Internet Wealth Builder in May 2012 at $33.59. And in fact it is trading slightly below that now, at $33.22. However, what we’re looking for in this portfolio is stability, low downside risk, and good cash flow. AT&T offers all three and is currently at the lower end of its 52-week trading range.

The downside potential is minimal because of the stock’s high dividend, which is currently $0.46 per quarter ($1.84 annually) for a yield of 5.5%. So even if the share price does nothing, the cash flow will be well in excess of anything we can get from a CD.

Wells Fargo & Company (NYSE: WFC). This is now the most profitable bank in the United States with earnings in 2013 of $21.9 billion ($3.89 per share). It was originally recommended in January 2013 at $35.14 and now trades at $45.58 for a capital gain of almost 30%. Given the recent traumatic history of U.S. banks, some readers may be nervous about adding this stock. However, WFC is one of the strongest American banks and did not really need a government bailout at the time of the 2008 credit crisis. If behind-the-scenes accounts are correct, the bank reluctantly accepted government money so as to maintain a united front with other banks. Wells Fargo took advantage of the chaotic situation to snap up troubled companies like Wachovia at bargain prices. It has since repaid the government loan.

The stock currently pays a quarterly dividend of $0.30 a share ($1.20 annually) to yield 2.85%. I expect a dividend increase in the second quarter, which will punch up the yield to the 3% range.

PIMCO Income Opportunity Fund (NYSE: PKO). This is a highly diversified fixed-income portfolio managed by one of the most respected bond houses in the world. Manager Dan Ivascyn has built a global portfolio of corporate debt, government and sovereign debt, mortgage-backed and other asset-backed securities, bank loans and related instruments, convertible securities, and other income-producing securities of U.S. and foreign issuers, including emerging market issuers.

Note: Given the nature of this portfolio, it is interest-rate sensitive. I believe that the high yield of AT&T and the growth potential of Wells Fargo should largely offset that but readers who don’t want to assume any risk at all should stick with CDs.

I will review and update this new portfolio in six months.