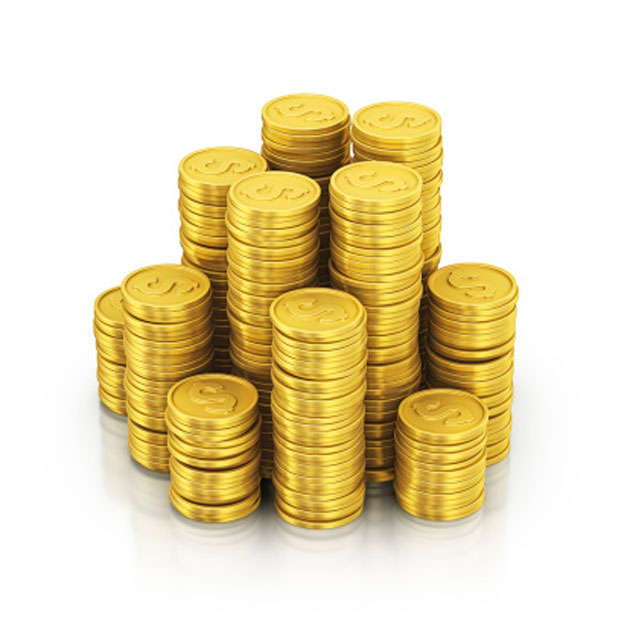 Joint transplants are becoming increasingly common in older people. Meet the company that makes those prosthetic knees and hips that greatly improve our quality of life

Several years ago, a golfing friend of mine started to complain about pain in his knees. At first he thought it was arthritis but as the months went by and the pain got worse he figured it must be something more serious. It reached the point where he was popping Extra-Strength Tylenol two or three times a round and even that was not helping much. I could see him wincing on every shot and, not surprisingly, his game deteriorated.

Numerous tests finally showed that indeed there was arthritis but the problem was worse than that. The cartilage in both knees had worn down leaving what the orthopaedic surgeon described as a “bone on bone” situation. My friend has a high pain tolerance but he had reached the level of his endurance. The surgeon recommended a double knee replacement.

Both were done at the same time. The next day, he was out of bed and moving around the room with the aid of a walker. A couple of days later, he went home, almost completely ambulatory. Less than three months after the surgery he was back on the golf course. He’s still playing without pain to this day. “I never even think about my knees any more,” he says.

The company that made his two artificial knees is Stryker Corp. Based in Kalamazoo, Michigan it is one of the world’s largest manufacturers of prosthetic knees, hips, and other replacement joints. But that’s not all it does. Stryker is one of the world’s leading medical technology companies, selling its products and services in over 100 countries. The company employs more than 25,000 people and owns 5,200 patents.

The many areas in which Stryker is involved include robotic surgery, biosurgery, sports medicine, neurosurgery, spinal implants, and much more. Walk through any hospital emergency room and look at the name of the manufacturer on the beds. Chances are it will be Stryker.

The company was founded by Dr. Homer Stryker, a Michigan doctor who believed there were better ways to assist patients with orthopaedic disorders. Working out of a basement room in Kalamazoo’s Borgess Hospital, he developed the turning frame, a mobile hospital bed that enabled staff to reposition injured patients without causing further harm. That led to the creation of the Orthopedic Frame Company, the precursor of the existing corporation, in 1941, according to an entry in Wikipedia.

The company is divided into three distinct business segments: Reconstructive, Medical and Surgical, and Neurotechnology and Spine. As the name implies, Reconstructive deals with prosthetics, such as knee and hip replacements. Medical and Surgical covers surgical equipment and instruments, endoscopic and communications systems, patient handling, emergency medical equipment, and a variety of other medical devices. The Neurotechnology and Spine segment includes products for traditional brain and open skull base surgical procedures, orthobiologic and biosurgery products including synthetic bone grafts, as well as products for the treatment of stroke. Stryker also develops, manufactures, and markets spinal implant products.

Stryker has grown into a Fortune 500 company with annual sales of $9 billion in fiscal 2013 (figures in U.S. dollars). It has expanded both organically and by acquisition. Its most recent deal was the purchase of Small Bone Innovations Inc. for $375 million in an all-cash transaction. Small Bone is a world leader in ankle replacement systems.

Recently released second-quarter financial results showed a 6.8 per cent increase in net sales to $2.4 billion, led by the Medical and Surgical segment, which was up 8.8 per cent. Adjusted net earnings, which exclude one-time items, were $415 million ($1.08 per share), slightly higher than the same period a year ago.

The company said it expects organic sales to increase by 5 per cent to 6 per cent over the full year with diluted earnings of $4.75 to $4.80 per share.

In a research report published after the results were released, RBC Capital Markets said it expects organic growth to accelerate through the rest of this year and into 2015 as the benefits from recent acquisitions kick in. The brokerage firm forecasts that 2015 revenue will come in at $10.2 billion with earnings per share of $5.32.

RBC also said it expects continued merger and acquisition (M&A) activity to drive Stryker’s share price higher in the second half of this year. The report noted the company has about $5 billion in cash and marketable securities, giving management a great deal of flexibility.

“We expect more M&A activity and would not rule out a larger transaction (and potentially a tax inversion deal) if it makes strategic sense,” RBC said. The firm has a target price of $90 on the shares.

Whether Stryker, or anyone else, can pull off a tax inversion deal is problematic, given the unease in Washington about the flight of American corporations to foreign tax havens. The White House has warned that the growing tendency of companies to move their head offices offshore to escape the cumbersome and expensive U.S. tax system is hitting budgetary revenue. By some estimates, the practice could cost the U.S. government up to $17 billion over the next decade. The concerns are similar to those that prevailed in Ottawa prior to the government’s move to dismantle the income trust sector.

Some Democrats are calling for immediate action to stop such transactions, with a few going so far as to suggest it be made retroactive. However, Republicans appear to be more interested in an overhaul of the tax system to make the U.S. a more attractive corporate base so no action is expected in the near future.

So there may a window for more inversion deals but it appears to be closing. But even without that kind of controversial takeover or merger, Stryker offers investors good long-term growth potential in the healthcare area.

The shares pay a quarterly dividend of $0.305 ($1.22 annually) to yield 1.5 per cent at the current price. The shares trade on the New York Stock Exchange under the symbol SYK. Ask a financial adviser if they are suitable for you.