A Better Choice Than GICs 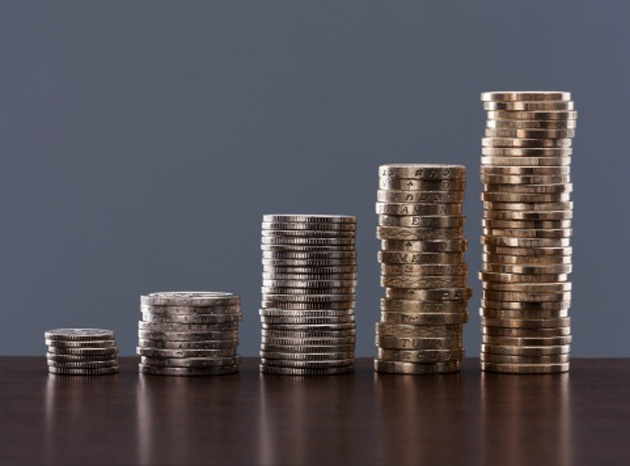 Why accept a 2% return when you can do a lot better with just slightly more risk?

I received an e-mail last week from a reader who was considering investing in a three-year laddered GIC. I told him I thought that was a bad idea at current low rates and suggested he consider my Very Conservative Portfolio instead.

Granted, it has slightly more risk than a GIC. But the potentially higher returns more than offset that in my view. Why settle for less than 2% a year when inflation is running at 2.1%? It’s a sure-fire way to lose money.

This portfolio was created for my Internet Wealth Builder newsletter in September 2011 in response to concerns from readers who were still suffering post-traumatic stress disorder stemming from the 2008-2009 stock market crash. They were unhappy with GIC yields at the time, which were even lower than they are today at 1.3% for a five-year term. In response, I assembled a portfolio that was designed to preserve capital while providing decent cash flow. The initial book value was $10,000 and the target return is two percentage points higher than the yield on a five-year GIC from the major banks. The current RBC rate is 2% so a gain in this portfolio of 4% per year would be right on the mark.

With that in mind, let’s look at our securities and see how they have performed in the six months since my last review in March. Prices are as of mid-day on Sept. 24.

iShares 1-5 Year Laddered Corporate Bond Fund (TSX: CBO). This short-term corporate bond ETF acts as one of the stabilizers in this portfolio. Because of the nature of the fund, it will never deliver a great return but neither does it come with a lot of risk. The trading price is gradually eroding – it’s down $0.28 a share from the last update in March. However, that capital loss was more than offset by distributions over the period of $0.48 per unit, giving us a small overall six-month gain. The total return over the three years since 2011 is 9.4%.

iShares DEX Short Term Corporate Universe + Maple Bond Index Fund (TSX: XSH). This is another short-term ETF. It was added to the portfolio in the fall of 2013 to provide some exposure to Maple Bonds, which are Canadian-dollar bonds from foreign issuers such as Bank of America, JPMorgan Chase, and Goldman Sachs. The unit price is down by $0.08 since March but we are receiving monthly distributions of about $0.05 per unit, which has more than covered that small loss. We’ve had a total return of 3.6% since we acquired this ETF, which is consistent with the low-risk nature of this fund.

iShares Advantaged U.S. High Yield Bond Index ETF(CDN-Hedged) (TSX: CHB). This ETF focuses on high-yield U.S. bonds (aka “junk bonds”), which are normally associated with higher risk. It was added in fall 2013 because at the time high-yield bonds were actually performing better than supposedly low risk government issues. That decision paid off in the first five months, with the ETF giving us a total return of 6.1%. However, the high-yield market has cooled since then. The units are down $0.73 since March. We’ve done slightly better than break-even thanks to total distributions of $0.77 but the time has come to change course on this one.

PIMCO Monthly Income Fund (PMO005). This is a global fixed-income mutual fund that is managed by one of the world’s most respected bond houses. It offers monthly cash flow and places a heavy emphasis on capital preservation. We added this fund in October 2013 and it has performed very well so far with a one-year return of 8.7%.

BCE Inc. (TSX, NYSE: BCE). Most of this portfolio is in various types of fixed-income funds. This allocation is consistent with the primary goal of capital preservation. The rest of the money has been spread among three conservative growth securities. All have performed well, which is not surprising given the strong market run we have experienced. There are signs this is slowing, however. BCE shares are down $0.56 since the last review in March. We still have a gain for the period, however, thanks to three dividend payments totalling $1.85 per share.

Enbridge (TSX, NYSE: ENB). Enbridge keeps powering along, boosting the returns in this portfolio. Over the past three years, the total return from this pipeline giant and natural gas distributor is 86.3%, proving that you don’t have to speculate on penny mines to earn a nice return. The shares have gained $5.28 since March and we have received dividends of $0.70 per share for a total return over the latest six-month period of 12.2%. This is now the top performer in the portfolio.

Brookfield Infrastructure Limited Partnership (TSX: BIP.UN, NYSE: BIP). This Bermuda-based limited partnership continues to perform well for us. The share price is up $1.62 since March and we received two distributions of US$0.48 each. The total return since inception is 84.1%, a shade behind that of Enbridge.

We received interest of $4.99 on the cash in the high-interest savings account.

NEXT: A Very Conservative Portfolio

Following is a summary of where we stood at midday on Sept. 24. At the time of my last review the value of the portfolio, including dividends/distributions, was $12,125.14. Brokerage commissions are not factored in and the Canadian and U.S. dollars are treated as being at par. Fractional shares are for tracking purposes only.

Comments: The total value of the portfolio now stands at $12,551.30, including retained distributions. That’s a gain of 3.5% since the last review in March. That may not seem like much but it’s consistent with a low-risk portfolio of this type and comfortably in excess of our target. Since inception the total return is 25.5%, which works out to an average annual compound rate of return of 7.9%.

Changes: As mentioned, the iShares Advantaged U.S. High Yield Bond Index ETF looks more risky these days now that the spread between government and high yield issues has narrowed. Therefore we will sell the entire position, which will give us $1,102.18, including retained distributions.

Enbridge has done very well for us but portfolio drift has increased its share of total assets to more than 15%. Since this is a very conservative portfolio, we should reduce that. So we will sell 2.08 shares for $113.11, which will leave us with 30 shares.

We will replace CBH with the iShares Convertible Bond Index ETF (TSX: CVD). This invests in bonds that are exchangeable for common stock in the issuer at a predetermined price. This gives investors the best of both worlds: regular interest payments plus an opportunity to earn a capital gain if the price of the underlying stock rises.

CVD tracks the performance of the FTSE TMX Canada Convertible Bond Index. Only bonds traded on a Canadian exchange are eligible for inclusion and they must be denominated in Canadian dollars. The issuer must not be in default on either principal or interest and the bond must have a minimum outstanding amount of $50 million and trade in the $80 to $120 range. The largest holdings are issues from Boralex Inc., Morneau Shepell, Chartwell Retirement Residences, Element Financial Corp., and Superior Plus Corp. The fund gained 9.6% over the year to Aug. 31 and was showing a three-year average annual compound rate of return of 5.8% to that point. The management expense ratio is 0.49%. The current monthly distribution is about $0.08 per unit.

We will also use some of our accumulated distributions to add to existing positions as follows. Note that this is for modeling purposes only; I do not advise buying such small amounts in the real world because of brokerage commissions. Use dividend reinvestment plans (DRIPs) instead.

These transactions have enabled us to eliminate all the fractional positions in the portfolio. Here’s what the revised version looks like.

We will leave the retained distributions and cash of $347.36 in a high interest savings account paying 1.3%. I’ll revisit this portfolio in March.