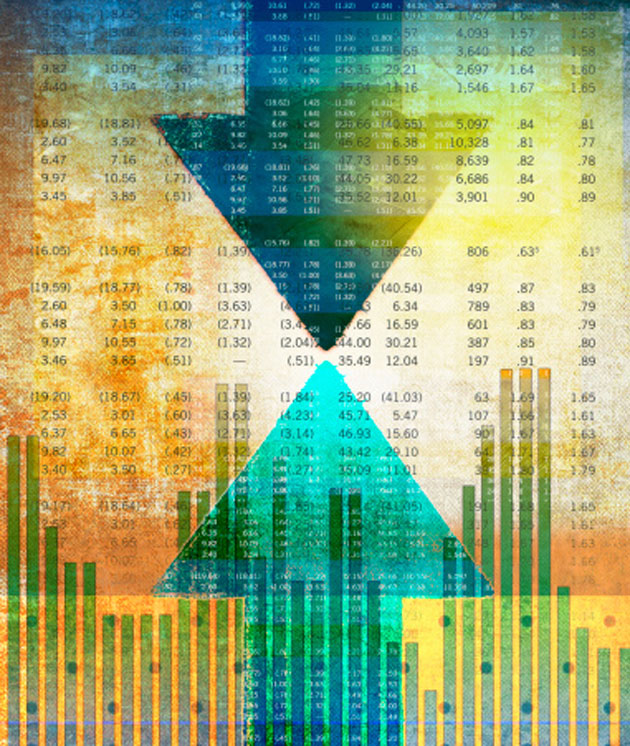 After seven years, the average annual return is 9.5 per cent

It takes several years and at least one market cycle to accumulate enough data to assess the performance of a portfolio against its benchmark. We now have seven years of experience with my Defensive Portfolio, which was launched in March 2008 in my Internet Wealth Builder newsletter. At this point, I think we can state without reservation that it has been a great success.

This portfolio was designed for investors who wanted continued exposure to stocks while reducing downside risk. To achieve that, the initial portfolio weighting was 40 per cent fixed income, 60 per cent stocks. The original value was $10,000.

In the slightly more than seven years since, I’ve made several changes to the portfolio but I have always aimed at keeping the fixed income exposure to about one-third of the total assets or more. The rest is invested in blue chip, dividend-paying stocks – four Canadian and two American.

Here’s a summary of the securities we currently hold with some comments on how they have performed since my last review in late October. Prices are as of the morning of April 14.

iShares Canadian Short Term Bond Index ETF (TSX: XSB). The fixed-income component is one of the largest positions in the portfolio and is key to maintaining our overall defensive posture. This short-term bond fund was added to the portfolio in October 2013 in anticipation of higher interest rates. That scenario has been much slower to materialize than expected. As a result, we sold part of this position in October and invested the money in units of the companion XBB fund (see below). That move worked out well for us. Meantime, this low-risk fund continued to perform above expectations, adding $0.30 to its net asset value and providing monthly distributions totalling about $0.37. The total return since the last update is 2.35 per cent.

iShares Canadian Universe Bond Index ETF (TSX: XBB). This ETF tracks the performance of the broad Canadian bond market, including both government and corporate bonds. It is more vulnerable to loss than XSB at a time of rising interest rates but when rates are declining, as they have been, it will outperform. Since we added it to the portfolio last October, the unit value has increased by $1.44 plus we have received monthly distributions totalling about $0.46 per unit. That works out to a total return of 6.1 per cent in about six months. That’s more than we would normally expect from this kind of fund but these are unusual times.

Wal-Mart (NYSE: WMT). After spending the summer of 2014 in the doldrums, this stock has shown some life in recent months. The share price is up US$3.62 since the time of the last review plus we received two quarterly dividends totalling US$0.97. The company raised its payout by a penny per quarter this year. This giant retailer hasn’t been a big gainer for us but neither does it carry a lot of downside risk, which is why the stock is suitable for a defensive portfolio.

Fortis (TSX: FTS, OTC: FRTSF). Fortis stock continues to be hot, thanks to a combination of low interest rates (which makes the dividend look even more attractive) and good financial results. This utility stock has gained $4.54 per share since our last review. We also received a dividend of $0.34 in February, which was up two cents from last year. Total return in the latest period: 14 per cent.

Enbridge (TSX, NYSE: ENB). After trading in a narrow range over much of the summer of 2014, Enbridge shares took off during the winter, spurred in part by a big 33 per cent dividend increase. As a result, the share price is up almost $12 since last fall. That’s a huge gain for a defensive blue chip stock. Add in two quarterly dividends totalling $0.815 and we have a six-month return of 24.5 per cent. Not surprisingly, Enbridge remains the top performer in this portfolio with a total return of 173 per cent since inception.

Wells Fargo (NYSE: WFC). This major U.S. bank was added to the portfolio in October 2013. The share price is up US$3.12 since the October review and we received two dividends of US$0.35 each for a total return of 7.6 per cent over the latest period. Remember that we treat the currencies at par for purposes of this portfolio, so that gain does not include the profit from the rise of the U.S. dollar against the loonie.

Bank of Nova Scotia (TSX, NYSE: BNS). This is the only security in the portfolio to lose ground over the latest six months. Broad weakness among the Canadian banks plus lacklustre returns knocked $2.82 off the share price, Dividends totalling $1.34 made up for some of that but we still recorded a small loss for the period.

Interest. We put our cash holdings of $585.55 into a high interest savings account paying 1.3 per cent. We received $3.81 in interest over the six months.

Here is how the portfolio looked based on prices on the morning of April 14. Brokerage commissions have not been taken into account and the Canadian and U.S. dollars are deemed to be at par for tracking purposes.

Comments: There have been several changes in the portfolio over the years, which is why the current book value is much higher than the $10,000 valuation at the time of the launch. Based on the inception value, we have a total return of 90.7 per cent to date. That works out to an average annual growth rate of 9.5 per cent. The target rate of return for this portfolio is between 5 per cent and 6 per cent annually so we continue to run well ahead of that.

Changes: We will keep the basic components of this portfolio intact but make three minor adjustments as follows.

As a reminder, I do not advise making such small trades in the real world. These are for portfolio modelling only. To add small amounts to your positions, sign up for dividend reinvestment plans (DRIPs).

Here is the revised portfolio. I will review it again in September.