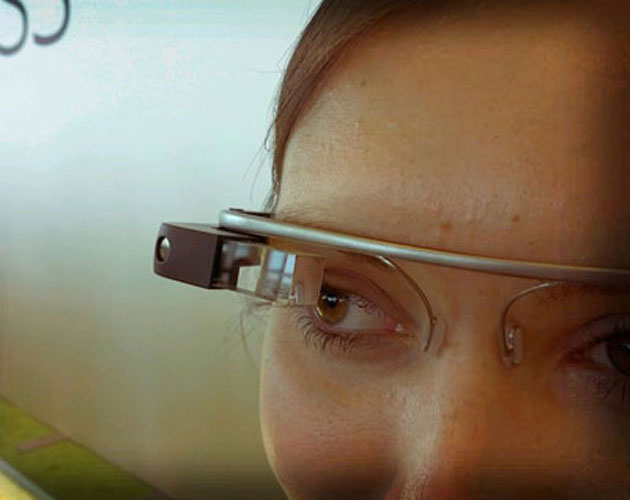 It’s 2013, and we still don’t have flying cars, time machines or teleportation devices – but we live in an increasingly digital, increasingly connected world. We scoured the Internet to see what trends experts say will shape how we work and play this year.

Will 2013 be the year a simple tap of our smartphone handles our purchases? U.S. tech experts certainly think so, and the technology is already taking off in other countries. Canada may be lagging behind, but the first mobile payment app launched here this past fall. Rogers Communications’ and CIBC’s suretap has its limitations, but experts see it as a sign of things to come. According to the Rogers Innovation Report, nearly 80 per cent of smartphone users predict they’ll make more mobile payments in the months ahead — and 43 per cent think the traditional wallet is on its way out.

Of course, the idea of going cashless isn’t new — check out this ideaCity 2012 talk from David Wolman, for example — but the technology is finally falling into place.

Smartphone wars will heat up

Mobile payments are just the tip of the proverbial tech iceberg. Experts predict we’ll be doing even more on our smartphones in 2013, and competition will heat up to meet demand. Not only will Apple and Google’s Android-based phones continue to face off, but also Microsoft is making a play for market share with its Windows-based phones. Rumour has it Amazon and Facebook may launch smartphones too.

Closer to home, it could be a “make it or break it” year for troubled Research in Motion as its long-awaited Blackberry 10 hits the market this January. As experts watch to see who comes out on top, consumers will have more choice than ever before.

On the subject of smartphones, Rogers Communications reports another trend in Canada: “nomophobia” — “A state of stress caused by having no access to or being unable to use one’s mobile phone.” In its survey, the majority of users report feeling “naked” without their mobile phone, and are increasingly using them in the bedrooms (43 per cent) and — believe it or not — the bathroom (83 per cent).

We’ll also use our tablets for more tasks, and experts already report a rise in e-reading and video streaming. Whether Apple’s smaller, cheaper iPad mini will be a game changer is up for debate, but experts note more companies are getting into the market. E-readers are already turning tablet with an increasing array of features, and newcomer Microsoft recently introduced its new offering, Surface.

Another emerging trend: laptop/tablet hybrids that combine the best of both worlds.

We’ll be using big screens to go online too. While more video streaming services are available in the U.S., Canada is already seeing many alternatives to cable such as Netflix and iTunes. If your TV isn’t equipped with wireless, don’t worry — experts predict a slew of new “boxes” to help you connect.

However, TV shows and movies aren’t the only things we’ll enjoy on these devices. Games, internet browsing and email can all be part of the package, and the technology may be a boon for advertisers aiming to reach new markets. For instance, travel providers are already predicted to tap smart TVs to reach viewers. (Check our post on travel trends for more information.)

Of course, the competition isn’t just about the hardware. This year, experts say it’s all about the ecosystem — that is, the content, apps and services that are packaged with the mobile devices. (Not to mention how these devices work with your computer, TV, stereo car and other wireless gizmos.) We’ve already seen hardware and software producers like Apple and Google get into the content game, but now content sellers such as Amazon are getting into hardware and software.

As you likely know, these ecosystems don’t “play nice” with each other so it’s hard to pick and choose. Consider it a test of customer loyalty in an ever-growing marketplace.

Cloud-based applications are also predicted to be big this year for both businesses and households.

More things will be connected

You may have heard buzzwords such as the “Internet of Things” — that’s because it isn’t just computers, TVs and mobile devices that are connected to the internet. We’ve already seen the emergence of smart appliances and wearable technology like Google’s Project Glass. However, the technology is showing up in all sorts of items thanks to small, embedded sensors and technologies such as near-field communication (NFC) chips.

Connectivity will also affect how we travel. Enhanced drivers licenses are already available in many provinces, and Canada is set to introduce ePassports this June.

Remember our introduction to 3D printing? In his talk at ideaCity 2012, robotics expert Hod Lipson predicted the technology “is going to touch every industry” — and it seems other tech experts are dreaming big too. In a recent article in the Huffington Post, one UK tech expert even predicts that 3D printing could “be the biggest revolution in manufacturing since Henry J Ford perfected the moving assembly line” — if a printing company can bring the technology into the mainstream.

3D printers are already on the market, as are designs to “print” a variety of items right in your own home. Are we on the cutting edge of a revolution in manufacturing? We’ll have to wait and see.

Do you find current interfaces too cluttered with buttons, banners, textures and colours? Experts predict a return to the basics of good design. The “no frills” approach will improve the user experience and eliminate design faux pas like items imitating their real life counterparts — such as calendars with a paper texture or online agendas with leather stitching.

How we interact with devices is changing too. Experts say to expect touch screens to appear in more places, and gesture technology will move beyond game systems and research labs.

Brighter, clearer and thinner screens are coming to a device near you. HD and Apple’s “retina display” are already making their way to mobile devices and computers, but TVs will up the ante this year. Meet Ultra High-Definition (Ultra HD), the technology that promises to make your viewing experience even more refined this year.

What about LED versus LCD? Get ready for OLED. Not only will organic light-emitting diode technology will make screens thinner, lighter and more energy efficient, it will help bring higher colour contrast to screens everywhere. (Think rich, deep blacks.)  Be prepared to pay — OLED will get its start on high-end offerings only.

Think Facebook and Twitter have gotten a little too big? This year, we may see more movement away from networking sites that are trying to be everything to everyone. The consensus from experts is niche social networking sites will continue to grow as people look to come together for a common interest or purpose — without all the distraction.  Sites such as goodreads and Ravelry are just a few of hundreds of exemplars. (We even have our own site, Zoomers.ca.)

If you’re worried about memorizing more passwords, many of these sites let you login with your existing social media accounts.

As technology becomes more sophisticated, so do attempts to use it for harmful and illegal purposes. As we told you in New cyber threats predicted for 2013, there’s a lot of ugliness ahead. Some threats keeping experts up at night include nearly impossible to eradicate ransomware, mobile malware and cyber conflict. These attacks could hit your computer, mobile devices and online accounts — and they could impact companies and organizations with whom you deal.

Sounds like a busy year ahead? You bet! Predictions aren’t guarantees, and it may be a few years before we see the full impact of these technologies. Still, it should be interesting to see if and how these trends pan out.

When to score the best tech deals

Tips for travelling with your tech

Evernote for when your brain lets you down