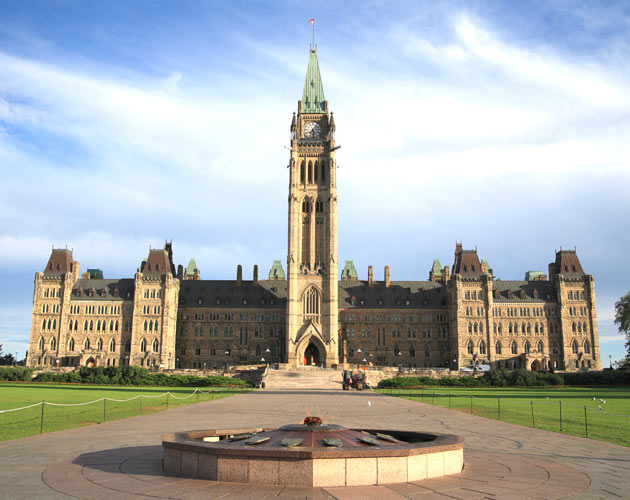 There’s a battle shaping up between the financial industry and the federal government over a little-noticed budget provision that will affect thousands of investors.

It’s a move by Ottawa to collect an additional $175 million in taxes on investment income over the next five years by wiping out what are known as “character conversion” strategies.

This is a form of financial engineering that has been used by the mutual fund industry for many years to modify the nature of distributions so as to make them more tax-friendly. This is done through the use of forward derivative contracts, often referred to as “forwards” within the industry.

The Finance Department describes these contracts in the budget annex in this way: “A character conversion transaction typically involves an agreement (called a forward agreement) to buy or sell a capital property at a specified future date. The purchase or sale price of the capital property under a derivative forward agreement is not based on the performance of the capital property between the date of the agreement and the future date — instead, the price is determined, in whole or in part, by reference to some other measure, often the performance of a portfolio of investments. The reference portfolio typically contains investments that generally produce fully taxable ordinary income.”

Some mutual funds and ETFs use forward contracts to transform what would normally be interest distributions into capital gains, only half of which are taxable.

One example is the Fidelity Canadian Bond Capital Yield Fund. It invests in a portfolio of bonds that would normally generate interest income, taxed at your marginal rate. But through the use of derivatives, payments are received by unit holders in the form of capital gains. In 2012, the B units of the fund paid out $0.2138 per unit, all of which was treated as a capital gain for tax purposes.

Someone who owned 1,000 units in a non-registered account would have received $213.80 in distributions last year, only half of which is taxable. At a marginal rate of 45 per cent, that would result in a tax bill of $48.11. When the new rules come into effect in 2014, that same distribution would be hit with tax of $96.21.

Some exchange-traded funds are also affected. BlackRock Canada said on March 25 that seven of its iShares ETFs use forward contracts. They are the five funds in the Advantaged series plus the iShares Broad Commodity Index Fund and the iShares Managed Futures Index Fund. All are small, representing about 3 per cent of the company’s asset under management. BlackRock said it is assessing the impact of the rule change on the funds.

It is just one of many companies that are scrambling to figure out the implications of Ottawa’s unexpected decision. CI Financial, which operates a few funds that use forwards, issued a statement saying its tax and legal experts are reviewing the implications of the measure and promising to keep investors updated.

The company noted that the proposal does not immediately affect contracts that were in place on budget day. However, the government has stated that existing contracts may not be extended.

Therein lies one of the issues that is upsetting many players in the industry. Some companies have long-term forwards in place so they will be able to preserve their tax-advantaged status for months or even years.

Laurie Munro, president of NexGen Financial, said the current forward contract on his company’s Corporate Bond Fund was just renewed in February and will not expire until 2018. The forward on the Canadian Bond Fund has 15 months to run.

Other companies use short-term contracts which have a limited lifespan. These include the major banks, which typically roll over their forwards every 30 days. They are said to be angry about the government’s move and are lobbying to have it rescinded or phased in over a longer period. The argument being put to Finance is that the proposal as worded would create an “uneven playing field” which would give some companies an unfair advantage.

Moreover, companies that have only a few weeks before existing contracts expire have very little time to find alternatives for their investors.

At this stage, we don’t know which funds are likely to be hit almost immediately. Fidelity declined to comment on the length of the forward contracts on its Capital Yield funds. Spokesperson Chris Pepper noted that the legislation has not yet been drafted and the situation could change.

Another issue for which the fund companies want clarity is whether the value of existing long-term contracts can be amended. The budget is mute on that point. “What if a fund acquires more assets during the term of an existing contract?” Mr. Munro asks. “Can the contract be expanded to account for that?”

Investors need to know which types of funds are affected by the new rules and which are not. Corporate class funds, for example, are not hit because for the most part they do not use forwards. The CI statement says: “The key benefits of corporate class remain in place. These include the ability to switch among funds within the same corporate class structure without triggering capital gains, thereby deferring taxes, and the ability to minimize taxable distributions through the sharing of expenses and gain and losses within the corporation.”

Fidelity says its popular T-SWP funds will not be affected either because they don’t rely on derivatives.

The best advice I can offer at this point is to check with your financial advisor or the sponsoring company if you own any funds which you think might use character conversion strategies. If the government does not relent, the nature of your distributions could change within a month, creating a higher tax liability. You may wish to take some action before that happens.