How Wayne Gretzky Built His Fortune 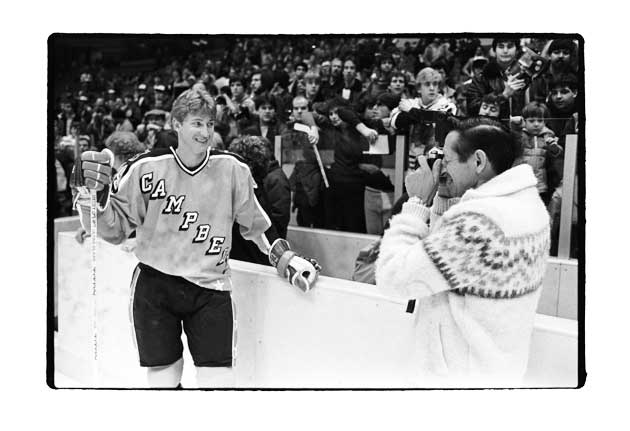 Here’s a sure-fire way to guarantee a comfortable retirement. Start skating at age two, become the best hockey player in the world, make at least US$45 million in salary during your career, use your recognizable face for lucrative endorsements, marry a Hollywood star, retire at 38 with a net worth in the hundreds of millions, buy an award-winning winery, then flip it.

Simple, isn’t it? Unfortunately, unless you’re Wayne Gretzky, you’ve probably had to build your financial plan around the old-fashioned basics: prudent saving, avoiding debt and following a conservative investment approach.

Coincidentally, that’s the very blueprint No. 99 espoused at a recent TD Waterhouse event on financial advice and retirement planning. Gretzky took part in a panel discussion, telling a business audience that while he’s been blessed with fame and fortune, he’s a very much down-to-earth person who still follows a conservative approach to money management: “I just like to keep my money in the bank.”

Who helped him develop this strategy? “I had the greatest [financial] adviser in the world – my dad,” said Gretzky.

His beloved father, Walter, who surfaced countless times in the conversation, was a Bell Canada repairman who grew up on a farm run by his immigrant eastern European parents and knew a thing or two on the value of saving. And he passed on those hard-won lessons to junior.

In 1978, Wayne was celebrating a $250,000 signing bonus he’d just negotiated with the Indianapolis Racers of the World Hockey Association. Like any 17-year-old, he wanted to rush out and buy a flashy car, a fact he shared with dad. “Dad wrote me a cheque for $5,000 and said: ‘‘Go get whatever you want.’ I bought a used Trans Am for $3,800,” Gretzky laughs. During that season, Walter also began taking part of his son’s pay cheque and steering it into low-risk fixed-income investments, such as annuities and government bonds.

Thus, the patented Walter Gretzky conservative approach to retirement saving was born. It’s a philosophy that goes by the mantra: If you’ve got it, don’t flaunt it. “I’m not a flamboyant guy who needs to have a lot of cars or buy a lot of things to make myself feel good,” Wayne says. It also entails avoiding the stock market (“I leave that to the pros”), never leveraging your money and, even if you accumulate massive wealth, never spending more than you need to.

Although Gretzky declined to talk about his bad investments – including an ill-fated ownership stake in the Phoenix Coyotes hockey team (for which sources say he’s still owed US$8 million) – he’s followed Walter’s strategy his entire life. And at 51, he’s in great shape and is certainly enjoying life. Along with wife Janet, he’s still busy raising five kids, including Paulina, his high-profile daughter. Plus he’s involved in numerous charities, a restaurant that also bears his name and a fantasy hockey camp.

Now, following in his footsteps to pursue a career in professional sport comes Trevor, his third oldest, who signed a contract with Major League Baseball’s Chicago Cubs this past July. It’s entirely likely the tradition will continue, with the youngest Gretzky learning his father’s and grandfather’s tried-and-true financial wisdom.