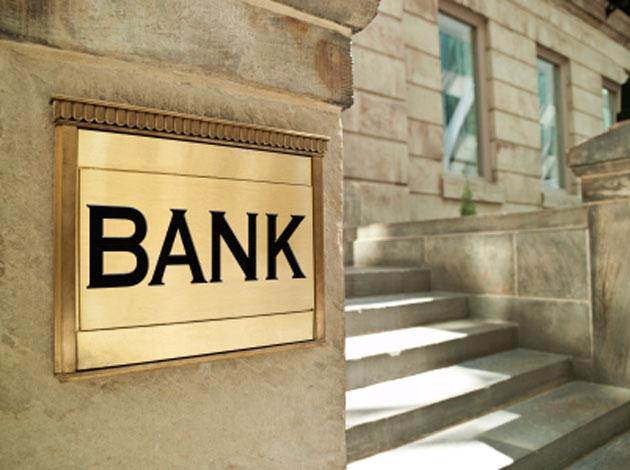 The recent federal budget is a minefield. There are hidden booby-traps sprinkled throughout the document which could blow up in unexpected ways if Parliament approves them in their current form.

Like any good tactician, Finance Minister Jim Flaherty has done a fine job in camouflaging these explosive proposals, to the point where most of the budget day media reports made little or no mention of them. He achieved this feat through the skilful use of some highly technical language, innocuous phrasing, and fine print.

Here’s one that has prompted some readers to ask worried questions. Mr. Flaherty intends to ensure that taxpayers won’t have to bail out troubled banks. Depending on how you interpret the phrasing used in the budget, this may or may not include a provision to enable troubled banks to confiscate some of their deposits if they run into serious financial problems. If you think that sounds a lot like what happened in Cyprus, you’re right.

If you plough through the budget (a.k.a. Economic Action Plan 2013) you’ll find the following passage on page 145: “The Government proposes to implement a ‘bail-in’ regime for systemically important banks. This regime will be designed to ensure that, in the unlikely event that a systemically important bank depletes its capital, the bank can be recapitalized and returned to viability through the very rapid conversion of certain bank liabilities into regulatory capital. This will reduce risks for taxpayers. The Government will consult stakeholders on how best to implement a bail-in regime in Canada. Implementation timelines will allow for a smooth transition for affected institutions, investors and other market participants.”

The Office of the Superintendent of Financial Institutions has identified six banks that are deemed to be “systemically important” to the national financial system: Royal Bank, TD-Canada Trust, CIBC, Bank of Montreal, Bank of Nova Scotia, and, somewhat surprisingly, National Bank.

The federal government is saying these banks are too big to fail. It’s also saying that it does not want taxpayers to be on the hook if any one of them is in danger of going under.

Canada is not the first country to do this. According to a statement from the Finance Department, the U.K. has already announced special measures to be applied to its large, internationally active banks however it has not explicitly used the term “domestic systemically important banks”.

The U.S. has also announced special requirements for certain banks due to their systemic importance. The Dodd-Frank Act requires that the Federal Reserve Board establish a broad set of enhanced prudential standards (including risk-based capital and liquidity requirements, and stress testing) for bank holding companies with over $50 billion in assets and nonbank financial companies designated by the Financial Stability Oversight Council.

Let’s be clear: it is highly unlikely that any of the big Canadian banks are going to run into serious financial difficulties. All are well-capitalized and have sound management. But “unlikely” does not mean “impossible”. The financial crisis of 2008 showed just how vulnerable the international banking system can be. Banks in other countries that were thought to be giants of the industry went under or were only saved by massive cash injections from governments, which in some cases amounted to nationalization.

Canada’s banks were spared and were subsequently branded as the strongest in the world. Good on us and our regulators. But it does not make us bullet-proof. If we were, Mr. Flaherty would not have felt the need to insert this ominous paragraph in his budget. Nor would he be actively intervening in the market to discourage financial institutions from offering mortgage rates that he appears to fear will lead to an unacceptable number of bad-risk loans.

Let’s look at that passage more closely. “Bail-in” is the term that was used to describe the Cyprus solution. It means that the stakeholders in a troubled bank are the ones who are on the hook for restoring it to financial health. “Bail-out”, by contrast, has come to mean financial help from an outside source, usually governments.

The term “stakeholders” in this context is critical and it is not defined in the budget. Broadly, it would include a bank’s shareholders, lenders, and, perhaps most important, depositors. This is where the budget passage becomes potentially worrisome.

The government wants legislation that will allow troubled banks to be recapitalized “through the very rapid conversion of certain bank liabilities into regulatory capital”. Many people don’t realize that their deposits are deemed to be “liabilities” for bank accounting purposes. In its 2012 annual report, Royal Bank shows $508.2 billion in deposits as the largest single item in the liabilities section of the balance sheet. That’s 65% of the bank’s total liabilities.

So until we get more clarification from Finance, it appears possible that some or all of a bank’s deposits could be at risk in the event of a crisis. Shortly after the budget was released, Kathleen Perchaluk, Mr. Flaherty’s press secretary, issued a statement saying: “The ‘bail-in’ scenario described in the budget has nothing to do with depositors’ accounts and they will in no way be used here. Those accounts will continue to remain insured through the Canada Deposit Insurance Corporation, as always.”

Well, that’s a relief! Or is it? The CDIC only covers deposits up to $100,000. What about amounts in excess of that? In Cyprus, accounts up to €100,000 were protected by deposit insurance but anything over that was fair game. Reportedly, Russian depositors lost millions. Ms. Perchaluk’s comment leaves the door open to a similar situation, with Canadians at risk instead of Russians.

Most retail deposits are for less than $100,000 so they will be protected. But they only represent 35 per cent of the total Royal Bank deposits. Most of the money – $312.9 billion – comes from businesses and government. You can be sure that the majority of those accounts exceed $100,000 in value.

Of course, in the event of a crisis other stakeholders would be likely be hit first such as those investing in the bank’s common stock, preferred shares, bonds, and other debt instruments. But if the problem could not be solved that way, it appears that large depositors could risk losing some of their money.

It is hard to understand why the government would raise this red flag at a time when Cyprus is so much in the news. Moreover, the European Union has been quick to stress that Cyprus would not serve as a model for other troubled eurozone countries, in an obvious effort to forestall a run on the banks in Italy, Spain, etc. But there it is in Mr. Flaherty’s budget. His office could have allayed all concerns by stating flatly that no deposits would be at risk, no matter what. Instead, Ms. Perchaluk chose to use the deposit insurance caveat. That has left many people wondering what the real plan is.

There is to be consultation with stakeholders, with details to be announced “in the upcoming weeks”. Those consultations will almost certainly include an in-depth discussion of the status of large depositors. At this point, it is not clear if the meetings will be public or will take place behind closed doors. We can only hope that the issue gets a full public airing.

I won’t be invited to participate, so let me get in my two cents right now: if any portion of large deposits will be at risk, this is a terrible idea, brought forward at precisely the wrong time. Such a plan could trigger a “mattress mentality” among large depositors worried about losing their money in the event of another credit crisis. For example, businesses could choose to pull most of their cash out of banks and stash it in Treasury bills instead. That would serve no one’s interests, except perhaps the government’s.

If Canada’s banks are really as safe as everyone claims, why is the government risking this type of reaction? If they’re not, then Mr. Flaherty should come clean with the Canadian people and tell us why such extreme solutions are necessary.