Safe Ports in a Storm 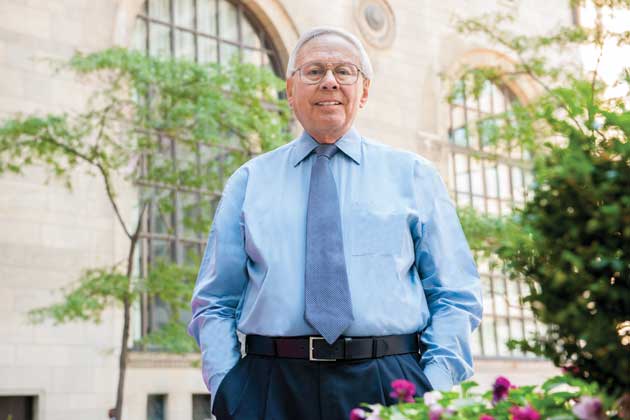 Investors were stunned when the price of gold plunged by US$140 an ounce on April 15, its biggest one-day percentage loss in 30 years. What the heck happened? Gold was supposed to be a safe haven, a place to hide your money in turbulent times.

If these aren’t turbulent times, what is? At the time gold fell off a cliff, North Korea was sabre-rattling, Europe was in turmoil over the Cyprus debacle, China had just announced weaker than expected GDP growth, the U.S. Congress was deadlocked on a budget, the Federal Reserve Board was okaying the printing of money at an unprecedented rate, the International Monetary Fund was set to lower its outlook for world growth this year and bombs were exploding in the streets of Boston.

Perfect conditions for gold bugs, right? As it turned out, not so much.

The crash occurred almost without warning. The price of gold bullion had risen more or less steadily for a decade, peaking at US$1,900 in mid-2011. It had pulled back a little since, but there was nothing to indicate a collapse was coming.

There were all kinds of theories as to why the bottom fell out so suddenly, ranging from hedge fund dumping to manipulation by central banks. To ordinary investors, none of that mattered. All they cared about was the fact that one more supposed safe haven had turned out to be a fraud. If you can’t trust gold, what can you trust?

It’s a good question and one a lot of people have been asking. I have some suggestions, but let me preface them by reminding you there is a price for everything. In the case of safety, the trade-off is a low return – sometimes a very low one. There is no such thing as a safe high-yield investment. If anyone tries to persuade you there is, he’s either a fool or a con artist. With that caution, here are some ideas.

1 There are times when cash is indeed king, especially for those who want to protect assets. The worst time to hold large amounts of cash is during periods of high inflation, when purchasing power is steadily eroded. There’s none of that right now. In fact, the U.S. Labour Department reported that the rate of inflation was in negative territory in March, prompting fears of Japanese-style deflation – a prolonged period when prices actually decline. If that happens, cash would actually gain in value in purchasing power terms, even if it was hidden in your mattress.Of course, with interest rates so low, you won’t earn much of a return on your cash. Interest in a regular bank account is a pittance – a fraction of a percentage point. So if you decide cash is where you want to be, shop for a high-interest savings account. ING Direct, now owned by Scotiabank, offers attractive rates, but you might be able to do better. In April, Loblaw’s President’s Choice Financial was promoting a 2.6 per cent offer on new accounts. Deals like this come and go – check to see what’s available when you’re ready to move.

2 Guaranteed investment certificates are a favourite choice for cautious Canadians. Basic GICs offer a fixed rate of return for a specific term, with principal and interest guaranteed by the issuer. The bad news is that current rates are very low, and you have to lock in your money until maturity.

Still, there’s a lot of competition in the GIC market with smaller financial institutions trying to grab business. As of late May, Royal Bank was offering the best posted five-year rate among the Big Five at 2.2 per cent according to Globeinvestor.com. But you could get 3.15 per cent from ICICI Bank Canada, the subsidiary of India’s second-largest bank, or 2.6 per cent from some Manitoba-based credit unions. Good customers may be able to negotiate up to an extra half point with their bank.

There is also a range of market-linked GICs that pay according to the performance of a benchmark stock index, mutual fund or some other measure. These guarantee your principal back at maturity, but that’s it – if markets go against you, you could tie up your money for five years with zero profit.

With both cash and GICs, be mindful of deposit insurance coverage. Federally chartered financial institutions are covered up to $100,000 per account by the Canada Deposit Insurance Corporation. Provincial insurance, which covers credit unions, varies, and some provincial plans are not officially backed by the government.

Deposit insurance has become a hot issue since the “bail-in” of Cypriot banks hit large depositors for millions of euros.

While the Cyprus drama was unfolding, Finance Minister Jim Flaherty’s budget announced that Ottawa will implement a bail-in plan for six Canadian banks. Department of Finance officials deny that depositors will be affected, but unless that’s spelled out in the legislation, suspicions will linger.

The safest course for large amounts of money is to spread it around. Putting $200,000 in a single bank leaves half of it unprotected. Dividing it between two banks provides full insurance protection for each account.

3 U.S. Treasury and, to a lesser extent, Government of Canada bonds have been the safe havens of choice for international investors ever since the 2008 credit crunch. We saw it again on the day gold crashed with U.S. and Canadian bond prices moving higher.

The conventional wisdom for some time has been that the bull market in bonds is over and that rising interest rates will soon push prices down (when rates rise, bond prices fall). That still hasn’t happened. As of mid-April, the DEX Canadian Universe Bond Index was up 1.64 per cent for the year, more than four percentage points better than the return from the S&P/TSX Composite Index.

A day of reckoning is coming. But it’s not here yet and short-term government bonds are still a safe bet. Once again, returns will be minimal. The yield on a five-year Government of Canada bond at press time was only 1.48 per cent.

I’ve stressed short-term bonds (five years or less) because they are the least vulnerable if interest rates start to rise. You can earn a better return from a 10-year or 20-year bond but in a fast-rising interest rate environment you could experience a big capital loss. As happened with gold, your safe haven would no longer be quite so safe.

So what’s my strategy? I’m holding on to my small position in gold as an insurance policy against financial disaster. As for cash, I keep enough in a high-interest account to cover our family’s income requirements for two years. It doesn’t earn much of a return, but I have peace of mind. I don’t like GICs – I’m not comfortable with locking in money for an extended period. So most of the rest of my assets are invested in dividend-paying blue-chip stocks: banks, telecoms, utilities. If the market declines, they will too but, as we saw after the 2008-09 market crash, top-quality stocks will bounce back quickly.

I know some readers are too nervous to play the stock market, and we have to do what makes us comfortable. But remember safety has a price. Make sure you’re willing to pay it.

Gordon Pape’s new books are Money Savvy Kids and an updated Tax-Free Savings Accounts in bookstores and in e-formats.