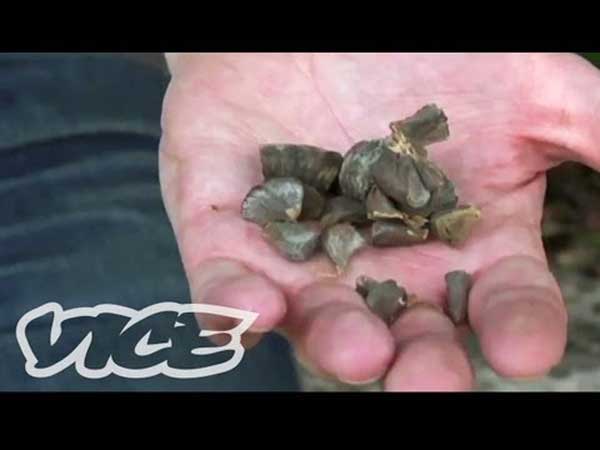 This is the fifth instalment of a 10-part series showcasing the best long form videos from über popular video sharing website, YouTube.

With over one million subscribers, Vice Videos is a bonafide YouTube hit. Driving the buzz is a growing archive of acclaimed docs whose edgy style is matched by its niche subject matter. Titles like Mexican Narco Cinema, Gun Crazy USA and The Devastating Effects Of Pollution In China reflect the rugged, irreverent traits that make the Vice brand an ongoing underground concern.

While the videos all too often lean towards drugs in a bid to resonate with a younger, male demographic (munchies and trolling are recurring themes), The World’s Scariest Drug stands out as a compelling account of the gritty side of Colombia and the dangers within. Drug follows the experience of VICE’s Ryan Duffy, who travels to the South American country to review scopolamine — a drug wicked enough to be nicknamed “The Devil’s Breath.”

As the documentary reveals, criminals only need victims to sniff trace amounts of scopolamine to block free will and erase memory. Indeed the 30-minute film tells many tales of unlucky dupes who actually helped their perpetrators rob themselves and their properties.

There are dozens of videos in the Vice channel on YouTube but this is a great place to start if you enjoy documentaries that are literally off the beaten path.