Peace Out? Not So Fast 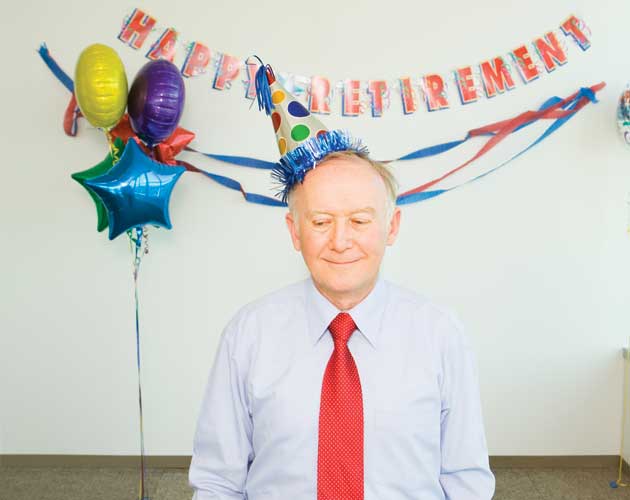 Economic realities are transforming the way we view retirement.

Like many boomers, Carole Fawcett, of Vernon, B.C., isn’t counting on a work-free retirement lifestyle. At 65, she’s resigned herself to the reality that she is on what she calls the “Freedom 85 Plan”. She laughs. But seriously – she’s not alone. The recent Sun Life Canadian Unretirement Index confirms what Fawcett already knows: more than half of working Canadians between the ages of 30 and 65 expect to be working in some capacity at age 66.

For Fawcett, planning for her new retirement career began when she turned 60. Divorced since her 40s, she’s had a number of low-paying, sometimes physical and quite often unsatisfying jobs ever since migrating to B.C. from Manitoba – a move that brought her close to her aging mother. She isn’t a homeowner and doesn’t have a private pension plan but did begin collecting a reduced pension from CPP at age 60. Knowing she would have to keep working to survive, she capitalized on her background in social work, therapy and the wisdom gained through life experiences and made the decision to invest in herself. She took the brave step to go back to school at age 60 with the goal to be a self-employed practitioner in the psychology field. This, she says, is a job she can physically do into old age and is a profession she finds both interesting and rewarding.

Armed with a student loan, a line of credit plus credit cards to live on, she quit her job at a women’s transition house and, instead, immersed herself in an intensive year-long program to become a registered professional counsellor and clinical hypnotherapist. For her, freedom in her golden years has taken a different tack. Since building her own practice for the past three years, she’s not only improved her income, but she is free to set her own hours of work. Once her Old Age Security (OAS) kicks in and she’s paid off her debts in the next year and a half, she plans to reduce the amount of hours in her work week, leaving more time for leisure. Her only regret?

“I should have done it years ago,” says Fawcett.

Even with careful planning, retirees can lose their financial stride especially when the economy goes sideways. Recent economic turmoil in world markets has forced many to re-evaluate their retirement income needs, even those who’ve already adopted a leisurely lifestyle.

Six years ago, Greg and Lynn Moore, of Vernon, B.C., embarked on their retirement dream. After years of pulling wrenches as an aircraft mechanic with the Canadian Forces and, later, as a commercial vehicle mechanic, the physical toll on both of Greg’s shoulder joints led to a Worker’s Compensation Board (WCB) pension and was enough to make the couple choose an easier lifestyle as snowbirds at the ages of 64 and 63.

They created a plan to divide their time between B.C. and Arizona where food, gas and pad rent on an RV lot were far less expensive than in Canada. After contributing to their RRSP for decades, their savings in mid-conservative funds had grown to almost half a million dollars. They also owned a home they were able to sell at the peak of the housing market in 2007, turning the profits into a 40-foot motor home, a small car and trailer to tow, and the purchase of a lot in a retirement park in Vernon where they could live in their RV when home in the summer. Besides Greg’s WCB pension and their combined CPP and OAS, they withdrew $3,000 a month from their RRIF. In 2007, the prospectus on their investments projected they would be able to live comfortably on this combined income into their late 80s or 90s. Life was good.

“We thought we’d dotted all the I’s and crossed all the T’s and we were covered,” says Lynn. But then came 2008 and all the economic repercussions that followed. They estimate the market crash wiped out 35 per cent of their savings. And their plans to have a modular home built at their retirement park in Vernon have been put on hold. While their investment representative has been able to rebuild their portfolio by moving their money into funds with better returns, this took about two and a half years. In the meantime, the return on their savings has dropped by more than half.

“A few months ago, our financial representative told us we need to start taking out 50 per cent less from our RRIF if we want to avoid running out of money in five years,” says Lynn. “Even if we do that, it’ll only last about 13 more years.” Greg and Lynn are now 71 and 70.

“We need to find a way to stop taking money out of our RRIF and let it sit there and grow at interest rates that, I’ve been told, have been kept artificially low by the Bank of Canada. Our investments were supposed to grow at about 10 per cent but we’ve only earned 4.5 per cent or less since 2008. This is why seniors are running out of money,” says Lynn.

Among all respondents in the survey, in all age groups, 41 per cent of working Canadians want interest rates to remain the way they are, 25.4 per cent want rates to go up, while 12.8 per cent want them to go down. In addition, a report prepared by TD Economics reveals Canadian seniors (65 and older) have added 15 per cent new debt in 2012, more than any other age group.

While they wait and hope that interest rates go up, the Moores are considering other options to increase their income. Lynn will work at making her part-time business in life-coaching services more profitable, while Greg is thinking of going to work once they are back in B.C. for the summer. They both feel fortunate to be healthy with a flexible lifestyle.

“I won’t work at McDonald’s,” says Greg. “I would much rather jump on a plane and go up north, live in a work camp for four or five weeks at a time doing 12-hour shifts. I’m not sure what my job focus will be but probably a heavy equipment operator or something like that.” Driving a truck or a bus is a job he is physically capable of at this point in his life as it doesn’t require raising his arms over his head – an action his shoulder joints can no longer do. Or “I might even run the dishwasher in the kitchen,” Greg laughs. “I’m not afraid of that.”