How to Improve the CPP 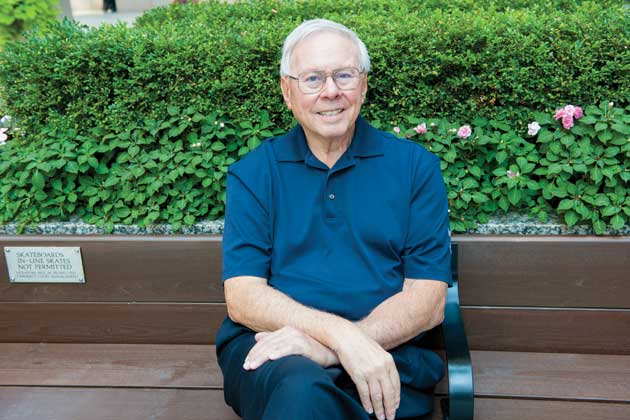 We all worry whether we’ll be able to set enough money aside to retire comfortably. According to Statistics Canada, less than 40 per cent of workers belong to an employer- or union-sponsored pension plan. That means 60 per cent will have to rely on personal savings and government support. It’s a safe bet pensions will emerge as a key area of government policy in the next few years. Ottawa’s response so far has been to approve Pooled Registered Pension Plans (PRPPs) for use by small businesses and the self-employed. The program, which is similar to group RRSPs, has been slow to gain traction.

PRPPs may help, but they are not a solution. The only logical answer to the looming pension crisis is to overhaul the Canada Pension Plan (CPP).

Last April, I wrote about Master Cpl. Kelly N. Carter’s suggestion of introducing a Premium CPP (he called it P3) to which anyone could make supplementary voluntary contributions to be managed by the Canada Pension Plan Investment Board (CPPIB). Contributors would receive reports on the performance of their investments and their projected extra retirement income. In April, when I invited readers to offer their ideas on ways to improve the CPP, I received many thoughtful responses. Here are some of your thoughts, edited for clarity and brevity.

“Carter’s suggestion reflects what I’ve thought for some time. While trying to safely manage a number of RRSP (and now RRIF) investments, I have oft envied the Ontario Federation of Teachers Pension Fund. By all accounts, it seems to be well managed, achieving above average returns and delivering healthy payments to its beneficiaries.

“I have long wondered why no one has ever organized a pooled pension organization for the many of us who have no interest in understanding the financial ‘game’ and little skill to do so. Carter’s P3 suggestion would seem to be an even better version. After all, the CPP already has the professional expertise, it has a large part of the infrastructure to facilitate it and its capitalization would make P3 self-sufficient from the get-go.

“I’m sure thousands of us financial illiterates would sign on.”  —Phil Washburn, Stouffville, Ont.

“The current CPP is a very good, well-operated system. So why change it except to make it more comprehensive with benefits that will continually reflect the necessities of the times when it will be needed by individuals. As you have pointed out, it functions with the lowest possible costs of operation. The suggested P3 program will never compare in this regard; it is not mandatory, nor does it require contribution by employers.

“Contributions should be constantly increased as required by actuarial studies. The current method of calculating effects of inflation leaves much to be desired.

“Finally, CPP income should be protected in the case of any bankruptcies whether by business or individuals.”
—Harry Wilkinson, London, Ont.

“The one addition I’d like to suggest (and I bet that it would be absolutely vilified by the socialist left in this country) would be that persons whose livelihood depends on a recurrent seasonal position, augmented by Employment Insurance benefits during the remainder of their ‘work’ year, would have a portion of their EI payment contributed toward their enhanced CPP account. Maybe since their income tax burden is generally lower than those of us who are/were fully employed, their income tax deduction could be directed instead into their CPP account rather than adding a new deduction to their already modest EI benefit.”
—Dave Ferguson, Angus Mills, Ont.

Germany, for instance, has a national pension program whereby private companies must pay into the plan. This plan is portable from one company to another, which helps to promote private enterprise. Small manufacturing companies are able to compete with larger firms for skilled workers, thereby creating a broad-based sector.

“Even small towns can support local industries because workers can remain in smaller communities thus reducing travelling costs to larger cities to work. It’s a win-win situation for the community and the worker.

“The correct model already exists for Canada to explore and adopt. No need to reinvent the wheel.”  —Vic from Calgary

Use an Advertising Campaign

“I prepare income taxes and know that it is the taxpayer over age 40 who is asking questions about starting their retirement savings if they don’t have a company/union pension. If the government is serious about getting Canadians to save for their retirement, target the over-40 age group and educate them about what they can expect if they don’t have any savings. There is a great series of ads currently running on TV about health – how do you want to spend the last 10 years of your life? If they could run a series of ads along that line with the actual lifestyle for someone living on OAS ($550 a month) and average CPP payout ($800 a month) versus a lifestyle that includes a pension or RRSP income, it would be sure to get their attention.

“A lot of people aren’t aware just how low the OAS monthly payment is. An advertising campaign will cost less than creating a new CPP. Make people take responsibility for their future; scare them with the reality of retirement without savings. If they know what to expect, the savings rates may actually rise.”  —Shelley Thompson, Sarnia, Ont.

“To take advantage of CPPIB’s investing expertise, an RRSP-type fund administered by it, separate from the CPP, would appear to achieve what most people are seeking as a way to improve pensions. The costs would be lower than those offered by the private companies for the PRPPs, and employers would not be obligated to contribute, thereby eliminating the job-killing argument.

“Individuals could contribute as much as they want through payroll deductions, with the cumulative funds invested by the CPPIB along with the investments which the Board makes for the CPP.

“Participants would be allocated one unit for every $100 contributed.  Growth in the investments would be allocated back to the participant based on the number of units held. To encourage saving, withdrawals could be limited to a fixed percentage and only every five years, for example, until age 65, when the investor would gain full access to the funds in his/her account. At that time, money could be withdrawn or left in the plan to grow until needed.

“A  CPRSP (Canada Pension Retirement Savings Plan) would be a blend of an RRSP and a TFSA, in that it would be registered like an RRSP but use after-tax dollars like a TFSA, and withdrawals would tax-free.”  —B.W. (name withheld by request)

Gordon Pape’s new books are Money Savvy Kids and an updated Tax-Free Savings Accounts in bookstores and in e-formats.