Ask the Butler: Tipping the Concierge 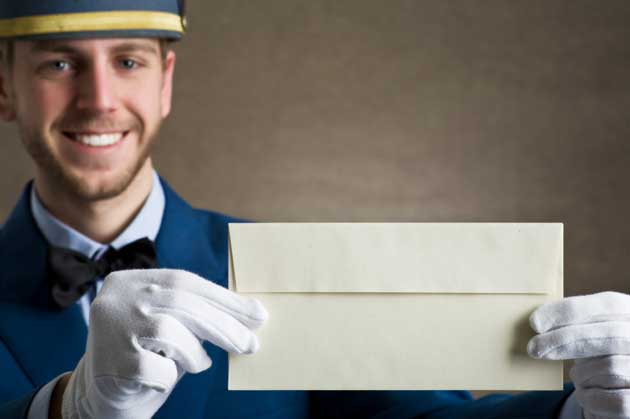 If you look up “anxiety” in the dictionary, you might find this definition: “The feeling that you have to do something for the concierge at Christmas.”

If that’s not the definition of anxiety, maybe it should be.

Mature men and women are like insecure adolescents when it’s time to show a little love to the concierge:

If I don’t give him something, will he stop liking me? Will he pretend he doesn’t see me?

Should it be cash? How much?

If I don’t give him something, will he wait two weeks to tell me about the package from Amazon?

“It is absolutely not mandatory to tip,” says Charles MacPherson, high-profile former butler whose company trains and places service staff.

That doesn’t mean it’s not a nice and advisable thing to do.

And if you think you don’t have to hand over some cash to the concierge because he probably makes good money, maybe even more than you do, think again.

“You’re tipping for a service, not comparing salaries,” chides MacPherson. “But never give more than you can afford. If you’re a pensioner and can’t afford it, don’t.”

MacPherson’s condo association collects money from all the residents. People give what they want. The collected amount is topped up by the condo management company and shared by the staff.

This solves the problem of  “one resident getting not respected and another being over serviced,” he says.

And residents can still slip an envelope with extra cash or a gift card to someone who’s gone out of their way to be helpful.

A gift card for Tim Hortons or Starbucks can start at $10.

He suggests, “Either do everybody or nobody. Otherwise, it creates real jealousy.”

You can still give something extra to your favourites.

A bottle of wine or Scotch is probably not a good idea, warns MacPherson, unless you know for sure that the recipient enjoys a tipple.

“So many cultures don’t drink,” he says, “or maybe he’s a reformed alcoholic. And what if everybody gives him a bottle of Scotch? Who wants a drunk doorman?”

Also, a nice idea is buying or baking cupcakes for the front desk and for the staff to share – along with their coffee gift cards.

For Christmas gifts for other service people, MacPherson suggests:

One day’s wage for the cleaning person who comes in once a week.

One week’s wage for the full-time nanny or housekeeper

The equivalent of the cost of one service for the hairdresser, unless he’s the owner in which case an arrangement of flowers, a wreath, a bottle of wine or vodka if you know he likes the stuff, a gourmet food item, even a pair of gloves would be appropriate.

A lottery card is a great gift for the mailman.

But forget the food baskets. “I never found anyone who, once they’ve opened the basket, is truly happy with it. They never really use all the components. Baskets don’t get used to the extent of the value of them.”

The Butler Speaks, MacPherson’s book going into its third printing, is a suitable gift for service staff or anyone else, suggests the author.