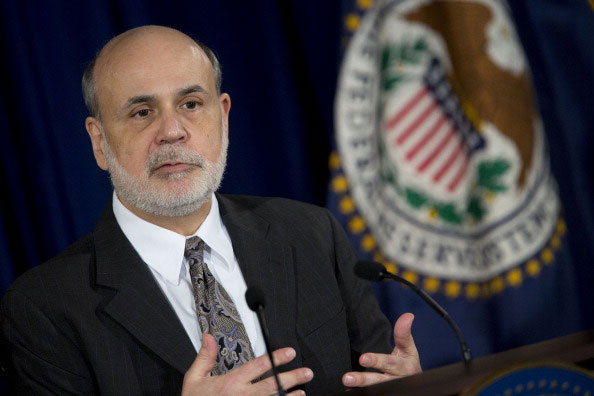 What event during the past year had the greatest effect on your financial fortunes? Gordon Pape’s answer may surprise you.

There are several candidates for the biggest financial story of 2013. The BlackBerry collapse. The improbable resurgence of the Tokyo stock market. The dramatic fall in the price of bullion and its impact on the shares of gold mining companies, which collectively lost more than half their value. The rebound on Wall Street.

You could make a case for any of these but to my mind the most important story of the year was one that never happened – at least, not at the time.

It goes back to the third week in May. The U.S. markets had been on a steady climb since the start of the year, with the S&P 500 closing in on 1,670. Then word started spreading on Wall Street that the Federal Reserve Board was about to start winding down its quantitative easing (QE) program, which was pumping US$85 billion a month into the economy. Investors were rattled and the markets started to drift lower.

A few weeks later, Fed Chairman Ben Bernanke confirmed the speculation, saying that the “tapering” process would start later in the year and that QE would likely end entirely in 2014. Investors immediately hit the sell button, with the Dow and the S&P 500 recording their worst one-day losses since 2011. By the time the sell-off was done, the S&P had lost almost 6% from its May high.

But that was only part of story. The expectation that QE would end clobbered the bond market. One of the main objectives of the program is to hold interest rates down; as rumours spread that tapering could start as early as summer, yields on U.S. Treasuries shot up and Canadian government bonds followed suit. At the beginning of the year, the benchmark 10-year U.S. Treasury bond was yielding 1.76%; in late December it broke through the 3% level.

Rising yields mean lower bond prices so investors saw the value of their fixed-income securities tumble as the long bond bull market finally came to an end. But it wasn’t just bond investors that were hurt. A wide range of interest-sensitive securities was battered, including REITs, preferred shares, and utility stocks.

Investors were shell-shocked. These supposedly “safe” places for their money had provided strong returns since the market crash of 2008-09. Now they were being hammered for reasons many people couldn’t understand.

What they failed to realize was the close relationship between their investments and interest rates. The market is always balancing risk and return. When yields on Treasury bonds start to rise, smart investors demand a better return from higher risk securities to compensate. So while a 4.5% yield on a REIT might be acceptable with 10-year Treasuries paying 1.76%, it’s nowhere near enough when they’re offering 3%.

Absent a distribution increase, the only way yields on REITs can move higher is if the price drops, and that’s exactly what happened. The S&P/TSX Capped REIT Index lost 10.6% over the year, while utility stocks were down 8.9% and preferred shares 7.2%.

Finally, six months after the spring sell-off, tapering has finally been confirmed and will start this month. Ironically, the markets greeted the news by moving higher.

But this rising tide isn’t lifting all ships. Interest-sensitive securities will struggle in 2014 as upward pressure on rates continues. This means defensive investors will have to change their whole approach or risk experiencing more damage to their portfolio.

The spring speculation that tapering was about to begin turned out to be wrong. But it set in motion a train of events that had a huge impact on the stock and bond markets, which is why I rate it the top financial story of the year.