Top Picks For Your RRSP Portfolio 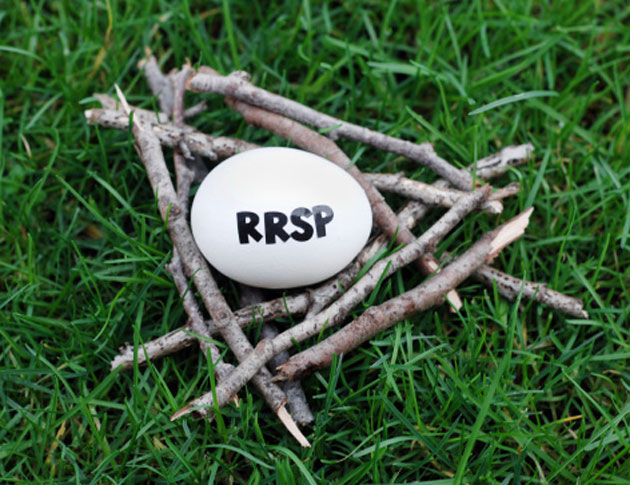 This portfolio averages 11.5 per cent a year – are you doing as well?

It’s RRSP season again so it’s an appropriate time to review the portfolio I created for retirement plans back in February 2012 for readers of my Internet Wealth Builder (IWB) newsletter.

As I wrote at the time, this portfolio has two objectives. The first is to preserve capital – as with any pension plan, you don’t want to lose money. The second is to achieve a reasonable growth rate, which means in excess of the return you would receive from a GIC.

The RRSP Portfolio attempts to balance both these goals. The portfolio has a heavy weighting in bonds and defensive securities with a view to minimizing risk. But it also contains some growth-oriented mutual funds covering the Canadian, U.S., and international equity markets.

The securities were chosen from the Recommended Lists of my three newsletters: the Internet Wealth Builder, The Income Investor, and Mutual Funds/ETFs Update. The initial value was $25,031.92. The portfolio contains a mix of ETFs, mutual funds, common stocks, limited partnerships, and REITs. This means that readers who wish to replicate it must have a self-directed RRSP with a brokerage firm.

These are the securities currently in the RRSP Portfolio with some comments on how they have performed since the last review in early September. Stock prices are as of Feb. 5; mutual fund prices as of Feb. 4.

iShares DEX Short Term Corporate Universe + Maple Bond Index Fund (TSX: XSH). This exchange-traded fund was added at the time of our last review. It invests primarily in bonds that mature in five years or less, although there are a few longer-term issues in the mix. The bonds may be issued by Canadian companies or by foreign corporations in Canadian currency (the Maple Bonds). Short-term bond funds are essentially defensive positions and that was the reason for adding this one. However, we have received a small gain of 2.6 per cent since acquiring these units, which is very acceptable in the current bond climate.

Fidelity Canadian Large Cap Fund B units (FID231). This mutual fund continues to perform well for us. The B unit value is only up slightly since our last review ($37.82 compared to $37.60 last September). However, we received a year-end distribution of $2.42 per unit, which means our total return since the last update is 7 per cent in a little more than five months. We now have a total return of 36.8 per cent from this fund since the portfolio was launched two years ago.

Beutel Goodman American Equity Fund D units (BTG774). This has been another strong performer, boosted by the great performance of U.S. stocks last year and the decline of the loonie. In September the units had a net asset value (NAV) of $8.81; it’s now up to $10.25 for a gain of 16.3 per cent since then. The total return since the portfolio started is 33.9 per cent.

Black Creek International Equity Fund A units (CIG11118). This fund was added in September as a replacement for the Mawer International Equity Fund, which I felt was underperforming. It’s run by veteran Richard Jenkins of Black Creek Investment Management and distributed through the CI organization. The fund invests in countries around the world except the U.S. and Canada. This turned out to be a good move. Including the year-end distribution, we have a total return of 16.4 per cent on this fund since it was introduced. That’s about twice the return generated by the Mawer fund in the same period.

Brookfield Renewable Energy Partners LP (TSX: BEP.UN, NYSE: BEP). This defensive security lost ground last summer when interest rates jumped. However, it has recovered since with the price moving up from $27.44 to $28.95. Add to that two distributions of US$0.3625 each and we have a return of 8.1 per cent since September. Management just announced a 7 per cent increase in the distribution.

Brookfield Infrastructure Partners LP (TSX: BIP.UN, NYSE: BIP). This limited partnership, which invests in infrastructure projects around the world, continues to perform well for us. The shares have moved up from $37.04 at the time of our last review to $39.66 now, plus we have received two distributions of US$0.43 each. That’s an advance of 9.4 per cent since September, not counting the currency gain. The payout will increase by 12 per cent in March.

Firm Capital Mortgage Investment Corp. (TSX: FC). This MIC continues to slide. Only the monthly distributions of $0.078 per share have kept us in the black and then only by a very thin margin.

Boardwalk REIT (TSX: BEI.UN). REITs were badly hurt by rising rates last summer but this one rallied back over the fall. After dropping 14.1 per cent in value at the time of our previous review, the shares rebounded from $56.50 to $59.13. Combined with distributions of $0.825 per share, we had a return of 6.1 per cent in the latest period. That’s not great but it’s a lot better than losing ground.

Interest. We invested cash holdings and the accumulated distributions of $1,218.37 in an ING Direct high interest savings account paying 1.35 per cent. That provided $6.89 in interest since September.

Here is how the RRSP Portfolio stood as of mid-day on Feb. 5. Mutual fund prices are as of the close of trading on Feb. 4. Commissions have not been factored in and Canadian and U.S. currencies are treated at par.

Comments: The total value of the portfolio, including accumulated distributions, is now up to $31,132.48. That’s up by 6.9 per cent since September, which is a very acceptable return for an RRSP in the space of slightly more than five months. A reasonable target for an RRSP is between 6 per cent and 8 per cent annually. Based on the original portfolio valuation of $25,031.92, we have a total return over two years of 24.4 per cent. That works out to an average annual compound rate of return of 11.5 per cent.

Changes: Firm Capital has been on a downward trend for some time and with interest rates likely to rise at some point that is likely to continue. Therefore, we will exit this position now. Including accumulated dividends that will give us cash of $1,276.51.

Capital Power owns 13 power-generating facilities across Canada and the U.S. Net income more than doubled in the first nine months of the 2013 fiscal year to $98 million ($1.19 per share). The stock pays a quarterly dividend of $0.315 per share ($1.26 a year) to yield 5.5 per cent at the current price.

The ING savings account continues to pay 1.35 per cent and we will leave the balance of our cash reserves and accumulated dividends there.