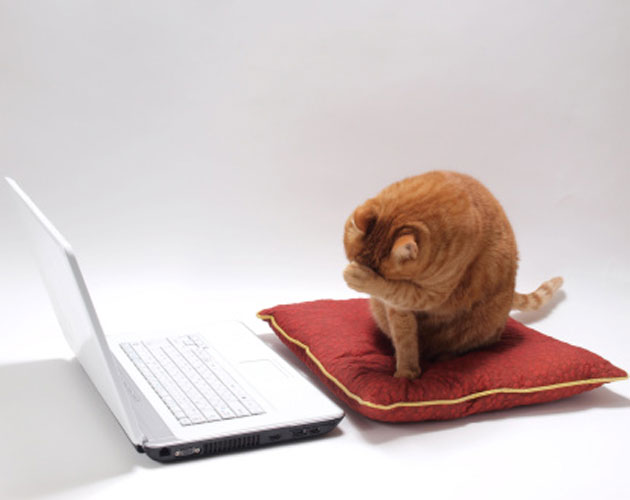 As popular blog BuzzFeed.com reports, cat stories routinely attract roughly 9,000 page views on average whereas dogs only get just over half of that figure. Other estimates show felines to be four times more viral online than their canine counterparts. While no one really knows the precise number, cat food company Friskies claims as much as 15 per cent of all Internet traffic is cat-related, leading to the rise of Cat Pack celebs like Grumpy Cat, the late Col. Meow and Hamilton the Hipster Cat (they even have their own agents). Indeed, lolcats can haz Internet to paraphrase the meme that started it all.

– Within Canada, British Columbians and Quebecers take the least amount of time to get their clicks.