Sorry, No Can Do — My Phone Says I’m Much Too Stressed 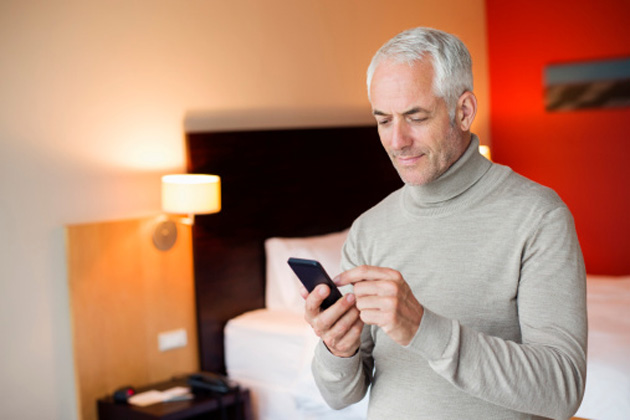 Soon you’ll have fast, easy, inexpensive and accurate scientific evidence of just who and what is causing stress in your life and how much stress you’re experiencing.

There’s a new device in the works that uses any smartphone and a disposable test strip to measure the cortisol concentration in saliva.

It was introduced this week at a meeting of endocrinologists. Measuring cortisol, a hormone produce by the adrenal glands, can monitor stress levels and also diagnose adrenal diseases.

The DIY test will cost less than $5 and take less than 10 minutes,” says researchers who hope to attain FDA approval in 2015.

“The device is a reader that includes a case, a light pipe, and a lens and costs about a dollar to make. There is no battery power and it’s unbreakable, passive and reusable.”

The person being tested inserts a straw-like saliva collector under the tongue. The collector wicks the saliva by capillary action to an immunoassay strip housed in a cassette and the cassette is inserted into the reader.

The smartphone uses its camera and flash to take a picture of the saliva-coated strip and an algorithm converts the image’s pixel density to a cortisol value. Just think of the possibilities if individuals can monitor and keep track of their own cortisol levels whenever they like…