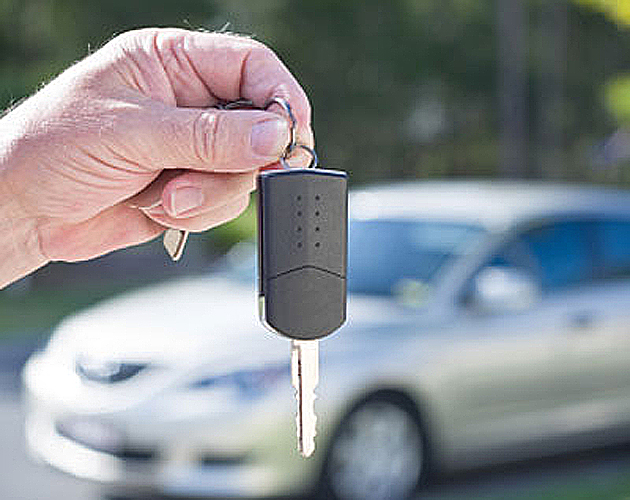 You may get phone calls and e-mails from people who are more interested in taking your money than buying your car.

It’s been many years since I sold a car privately but after a dealer offered what I considered to be a laughable price for my low-mileage Lexus, I decided to place an ad on autotrader.ca to see if I could do better. What an education that turned out to be!

It began less than 24 hours after the ad was posted. I received a telephone call from a charming lady who said her name was Tianna Lillies. She identified herself as a junior account executive with a Las Vegas-based company called Auto Marketing Group. They arrange financing for car buyers, she explained, and had located someone in my area who was interested in my Lexus. Assuming the vehicle passed inspection, they would guarantee me a price of $19,000 (more than $500 over what I was asking). All I had to do was send them $499 up front (in U.S. funds, of course) to retain their services. They would send me a certified cheque for the car as soon as the deal closed.

The message made no mention of $19,000 but only promised to “scan for finance clients while your vehicle is in our registry”. It also said: “We advertise with the Military.com, Car and Driver, Walmart, AOL, and a list of about 60 affiliated websites.” There was a promise to refund $400 of the fee if the car did not sell within 12 weeks.

The next morning I received a follow-up call from a woman who identified herself as Tiffany, pressing for an answer. I again suggested they deduct the $499 from the price they obtained for the car and was again refused.

I decided to check out the company using a Google search. It turned up a lot of comment, none of it favourable. I also discovered that these folks can get litigious if they don’t like what’s being said about them in cyberspace. One Canadian website, winnipegheights.com, displays a letter it received from Los Angeles legal firm Pick & Boydston stating that six posts on the site “give rise to a cause of action for defamation” and demanding they be taken down within seven days.

I then went to the website of the U.S. Better Business Bureau and discovered that Auto Marketing Group had been given an “F” rating — the lowest possible. Among the reasons given were “failure to obtain a required competency license” and “failure to respond to complaints filed against this business”. In fairness, the BBB reported it had received only two complaints against the company.

Needless to say, I decided this was not an organization I wanted to do business with.

Ironically, a day later I received a phone call from a woman in Calgary who made a similar pitch, right down to the $19,000 offer. “And I suppose you want me to send you $499 up-front,” I said. “Oh no,” she replied. “Only $399.” At least the Canadian operation wasn’t as greedy!

That’s not the end of it. Autotrader.ca allows prospective buyers to submit questions by e-mail which it then forwards to advertisers. A day or so later, I received such a query from someone using the name Gbenga George who wanted to know the lowest price I would accept. It seemed like a reasonable question so I answered by inviting him to view the car and make an offer.

Mr. George replied within hours with an e-mail that began (grammatical errors are in the original): “I want assure you that i will definitely buy your vehicle at your given price as we proceed on this transaction. I am Mr Gbenga George the son of Mr. Olabode George, former chairman of the Nigerian Ports Authority (NPA) who was convicted on 28 October 2009 as a result of awarding of contracts to the tune of about N100 billion from the Federal Government of Nigeria.”

The e-mail went on to say that Mr. George junior was desperate to get US$75 million of his father’s money out of the country and offering me 15 per cent of that amount (a tidy $11.25 million) if I would assist him in the transfer. Heck, with that kind of money, why worry about selling the car!

So the Nigerian scammers have found a new technique — troll the cars for sale ads on the Internet and pretend you are a legitimate buyer. Really! How stupid do they think we are?

In the end, I received several legitimate inquiries and the car ended up being sold, so autotrader.com did its job. But I had to stickhandle through the scam attempts first. If you’re planning to sell a car soon, you’ve been warned!