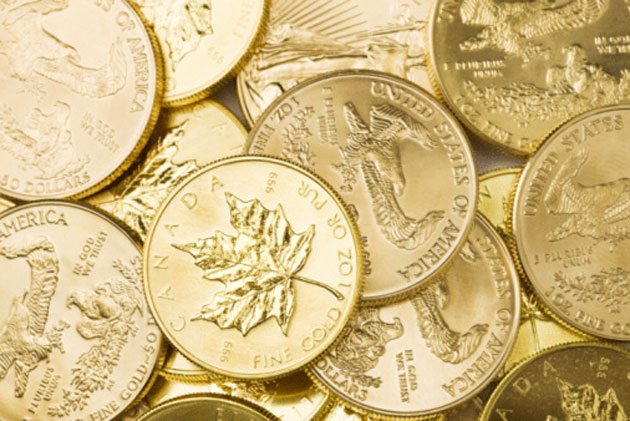 What really counted when it came to your personal wealth? Here, Gordon Pape’s picks for the most important stories of the year

It’s been a turbulent year for investors with a lot of surprises, both good and bad. With the year winding down, here are my picks for the top five financial stories of the year – the ones that had the greatest impact on your investments and personal wealth. We’ll look at them in inverse order.

#5 – Inflation makes a comeback. No one has worried about inflation since the credit crunch of 2008. But during 2014 rising prices finally popped back onto the radar screens of some central bankers. As of October, the annualized inflation rate in this country stood at 2.4 per cent, almost at the mid-point of the Bank of Canada’s target of 2 per cent – 3 per cent. The U.S. rate was lower at 1.7 per cent but creeping up. Price rises may be temporarily short-circuited by the drop in oil but the trend line suggests that the BoC and Federal Reserve Board are going to have to pay more attention to inflation going forward.

#4 – Housing market stays strong. Despite dire warnings of a collapse, the Canadian housing market stayed buoyant during the year. As of the end of October, the Canadian Real Estate Association reported that the average house price across the country has risen 7.1 per cent year-over-year to $419,699. The highest average price was in Vancouver at $819,336, up 5.6 per cent from a year ago. Toronto came in with an average of $587,505, up 9 per cent from October 2013.

Housing prices are a key indicator of economic health and play an important role in consumer confidence. Rising home prices add to family net worth, promoting a sense of well being and security. This is especially important as people age because surveys show that an increasing number of older Canadians plan to use the equity in their home to help fund their retirement.

But don’t get too carried away by the continued uptrend. Last fall The Economist described our housing market as the most overvalued in the world and said it “bears an unhappy resemblance” to the state of the U.S. market before the crash that began in 2007. More recently, Fitch, one of the big credit rating agencies, described the Toronto and Vancouver markets as overvalued but predicted a soft landing for the sector rather than a U.S.-style collapse.

#3 – Bond bull carries on. No one expected the bond market to do well in 2014. Interest rates were going to start moving higher and that would lead to a big drop in bond prices – at least that was the consensus view, one which I shared back in January. Well, once again the bond bull market showed that it is no rush to exit. As of the close of trading on Dec. 12, the FTSE TMX Universe Bond Index was ahead by 8.84 per cent for the year. That means it has outperformed the S&P/TSX Composite Index (now down to a 0.8 per cent advance) by a huge margin. Who would have thought that to be possible 12 months ago?

#2 –Wall Street sets records. For a while, it was getting to be routine: the Dow and the S&P 500 had set another record. Ho-hum! What else is new? Of course, the indexes had to climb the traditional wall of worry to get there, what with concerns about a slowdown in China, risk of a new recession in Europe, on-going economic woes in Japan, and geopolitical shocks like the rise of the Islamic State. But U.S. investors chose to ignore all that and focused instead on the improving American economy and better than expected earnings reports from blue chip companies. Despite all the bleating about Obamacare, the health care sector was especially strong with the S&P sub-index gained 29.3 per cent for the year. Internet, transportation, real estate, and utility stocks were also strong. But Friday’s sell-off was a grim reminder that stocks don’t go up forever. The record setting appears to be over for this year.

#1 – The plunge in oil prices. It’s no contest. This story was far and away the most important financial development of the year. And it came out of nowhere, the classic black swan. We knew last summer that oil stockpiles were building but virtually no one predicted the bottom would fall out of the market as a global battle for market share took hold. Until late summer, prices were firmly above US$100 a barrel. There had been some softening but nothing too significant. Then over the space of a couple of months the price dropped to the US$80 range. By mid-November it was down to US$75. OPEC met and did nothing. The market went into a selling frenzy. The oil price has now dropped to below US$60 and we’re still searching for a bottom. The loonie and the TSX have been trashed.

This story isn’t over by any means. Some analysts believe the price war will continue for at least the next year as the Saudis try to put pressure on U.S. shale oil producers (and oil sands producers by extension) in an effort to slow down production. This could also turn out to be the top story of 2015.