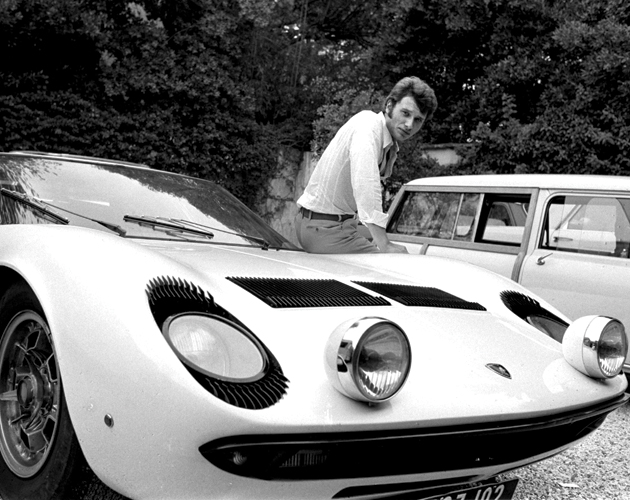 There’s really no clear-cut definition as to what makes a car sexy. You just know it when you see it or – if you’re lucky enough – drive it. It could be that subtle line across its body, an aggressive grille that exudes strength and confidence or an overall esthetic that draws on emotions we didn’t know we had toward inanimate objects. Of all the risqué roadsters that have appeared over the years, here are five that always get our motors running.

the Ford GT40 Ford surprised everyone at this year’s North American International Auto Show in Detroit by rolling out a new version of its GT, to be produced next year. That stunning model is based on the GT40 (pictured above), a race car Ford built in the ’60s to compete at Le Mans – the world’s most celebrated race. Its rear fender line is muscular, the front shoulders are striking and its aerodynamic shape completes the package. It won four consecutive Le Mans races. Winning is sexy.

the Ferrari 250 GTO There’s an unofficial consensus that this stunner should be near the top of any list of gorgeous vehicles. Its long sloping front end creates an exotic look that will never go out of style. Built from ’62 to ’64, the 250 GTO is considered the greatest of all cars ever created by Ferrari. It’s so revered that one sold for $38 million at an auction last year.

the Lamborghini Miura It’s hard to look away from the Miura’s slinky silhouette. The hood rises like a wave before falling near the windshield, sending a subtle ripple across its body, blending power and elegance. Aside from the Miura’s beautiful shape, this Lamborghini was a ’60s trendsetter, redefining the sports car and influencing every vehicle that came after it.

the Alfa Romeo 33 Stradale The Italian automaker recently returned to North America with the new 4C Spider, reminding us that sexy is in its DNA. This model borrows from Alfa Romeo’s storied collection, including the jaw-dropping 33 Stradale. First built in ’67, the curvy Stradale is the first car to feature butterfly doors, adding to its allure.

the Jaguar E-Type Legend has it that Enzo Ferrari declared the E-Type the most beautiful car ever made. And it’s hard to argue. Made from ’61 to ’75, its torpedo-like body – long, round and aggressive – creates plenty of suggestive drama. Thankfully, Jaguar revived the glamour of the E-Type when it released the F-Type in 2013 – a seductive car in its own right.